UN Women Moldova has illuminated in orange public buildings in Chisinau and other regions as a sign of solidarity, aiming at eliminating violence against women

Under the slogan “Orange the world” and with the aim to raise the public awareness about violence against women, the 16 Days of Activism against Gender-Based Violence Campaign, in the Republic of Moldova, has been launched by UN Women Moldova on 25th of November with the illumination of the Parliament, as a sign of solidarity for a brighter future. 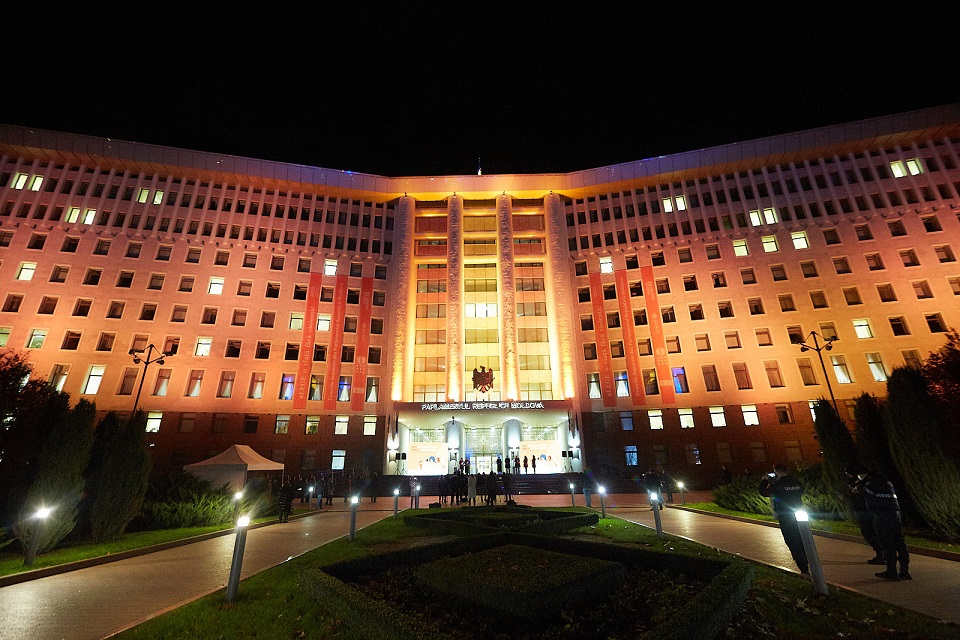 The Parliament of the Republic of Moldova. Credit: UN Women Moldova/Aurel Obreja

In Chisinau, the event has been organized by UN Women Moldova and funded by Sweden.

The launch event took place with the participation of the Parliament Speaker, the Prime Minister, the UN Moldova representatives, the Ambassador of Sweden in the Republic of Moldova and the representative of National Coalition „Life Without Violence”.

„This year showed us how vulnerable our life is and what challenges we may encounter. The number of victims of domestic violence has increased, and each victim is a drama, violence cannot be tolerated, it must be eliminated forever. We must act jointly to start making changes first of all in our families. We must demonstrate zero tolerance for violence, to be good examples for our children” – said Zinaida Greceanîi, the Parliament Speaker.

The Prime Minister Ion Chicu emphasized the importance of sustainable partnerships in addressing this global phenomenon: „The only way to raise awareness on human dignity and human rights violation is to act jointly, involving central and local authorities, civil society, mass-media, private sector, as well as international community. The vaccine against gender-based violence can be found in our attitude and behavior”. 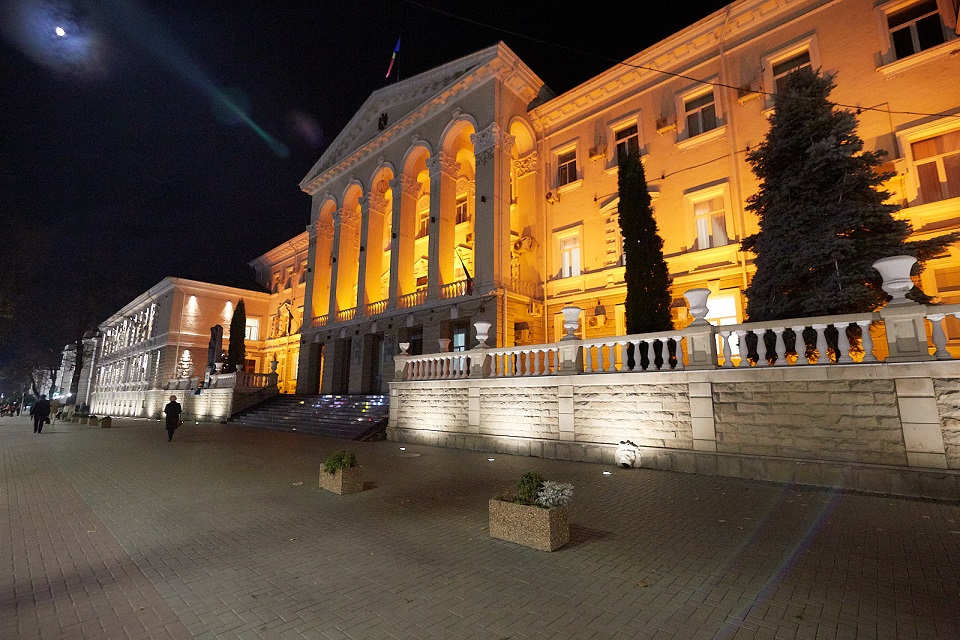 The Ministry of Internal Affairs of the Republic of Moldova. Credit: UN Women Moldova/Aurel Obreja

Simon Springett, the UN Resident Coordinator shared:  „The United Nations support this campaign in the Republic of Moldova for over 20 years. It is a collective campaign in which a lot of states join their efforts in awareness raising. Its message is to end violence. This will be achievable when we change our mind, especially men. They must take a stand too”.

Dominika Stojanoska, UN Women Country Representative, for her part, highlighted: „The National Assembly - through their legislative and oversight functions - has important role in enabling justice and protection for survivors of violence. I have the pleasure to announce this symbolic act of “oranging” the Parliament to symbolize the unity in the action to Elimination of Violence Against Women and light a shed of hope for a better future that the orange color represents”.

„The campaign represents a reminder that all of us play an important role in combating violence. We must offer support to survivors of violence so that they could feel protected. Violence is not a private issue, it is a common issue, and we must act jointly to offer our children and all of us a better life” – mentioned Anna Lyberg, the Ambassador of Sweden in the Republic of Moldova. 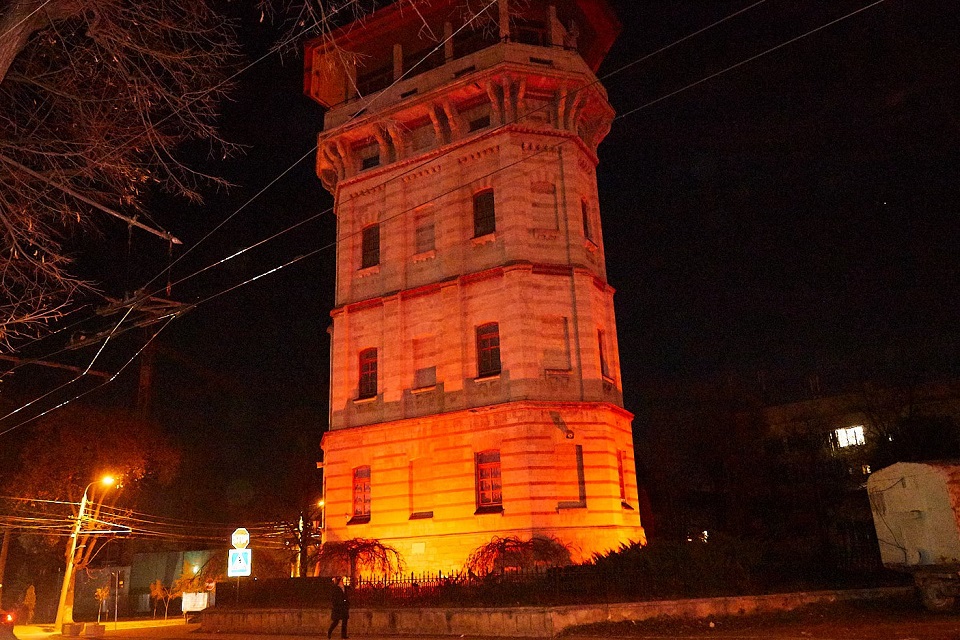 The Representative of National Coalition „Life Without Violence” , Veronica Teleuca spoke about alarming data on domestic violence: „During the pandemic, after a short period of silence, a lot of cases of violence have been reported. The numbers show an increase of 35%, while other organizations mention that these figures doubled. The most affected are women and girls belonging to vulnerable groups – women with disabilities, girls and women living in poverty, those who lost their jobs, having children. When in a particular society violence occurs, there are no opportunities in that society. People are very poor and new violent generations grow”.

Besides the Parliament, the Ministry of the Internal Affairs, and the Chisinau Water Tower, are lightened in orange, as well as the building of the State University "Bogdan Petriceicu Hasdeu" in Cahul and the "Grigore Vieru" Square in Ungheni. 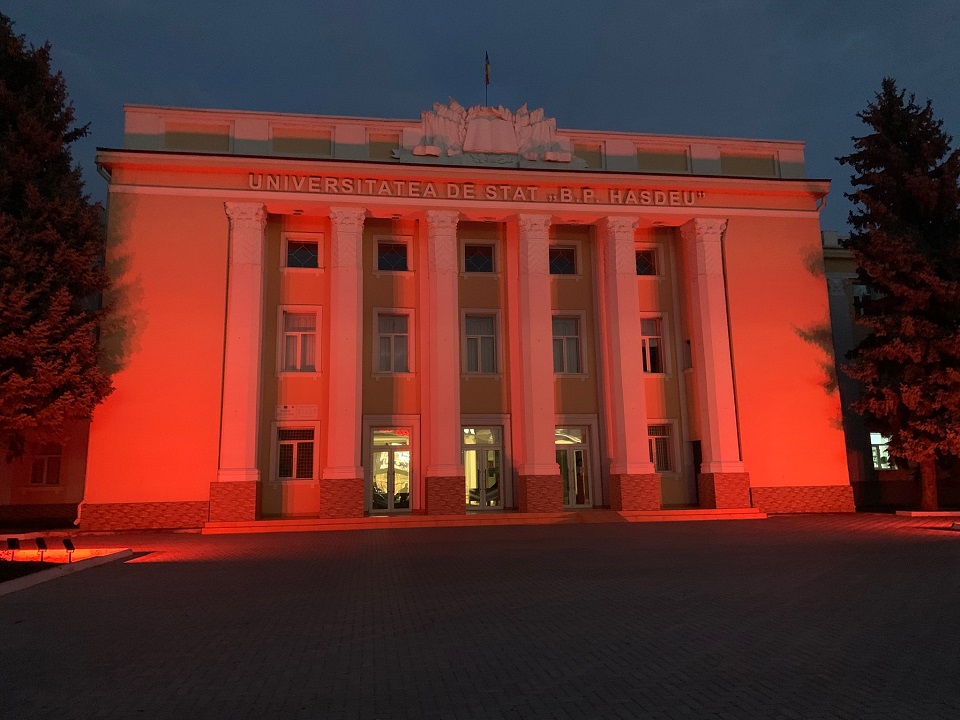 „The Cahul municipality is joining the 16 Days of Activism against Gender-based Violence Campaign to end any form of violence in our society. We are glad that there are different associations and partners who raise awareness on this subject. It is the responsibility of each citizen and our responsibility as authorities to do our best” – shared Nicolae Dandis, the Cahul municipality Mayor. 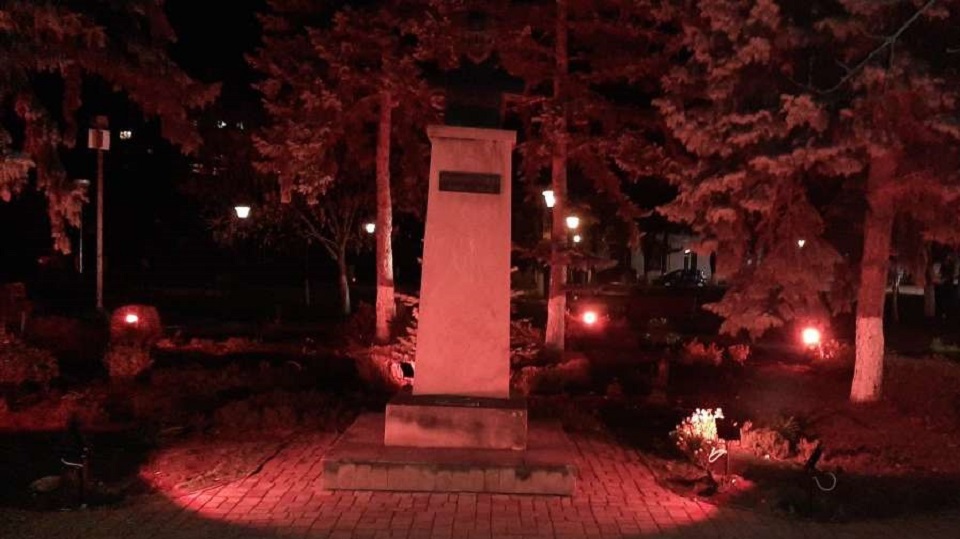 Alexandru Ambros, the Ungheni municipality Mayor, for his part, mentioned: “These orange lights in the „Grigore Vieru” square in Ungheni mean compassion and the fact that we, local population, are joining this movement dedicated to the elimination of violence. Together we can make changes to be proud of our city and our country”.

Related News
25/11/2020
United against violence - UN family in Moldova kicks off the 16 Days of Activism against Gender-based Violence
26/11/2019
Generation Equality stands against rape! Launching event of the campaign "16 Days of Activism Against Gender-Based Violence” took place in Chisinau
04/12/2018
“LIBERĂ”, a theater performance about prejudices and stereotypes, played in Chisinau, Moldova
25/11/2018
[Op-Ed] “Women survivors of violence are not only the victims. They possess solutions to this aggravated form of human rights violation”
25/11/2018
UN Moldova launches the Campaign 16 Days of Activism to End Violence Against Women and Girls
END_OF_DOCUMENT_TOKEN_TO_BE_REPLACED