[Op-Ed] “Women survivors of violence are not only the victims. They possess solutions to this aggravated form of human rights violation” 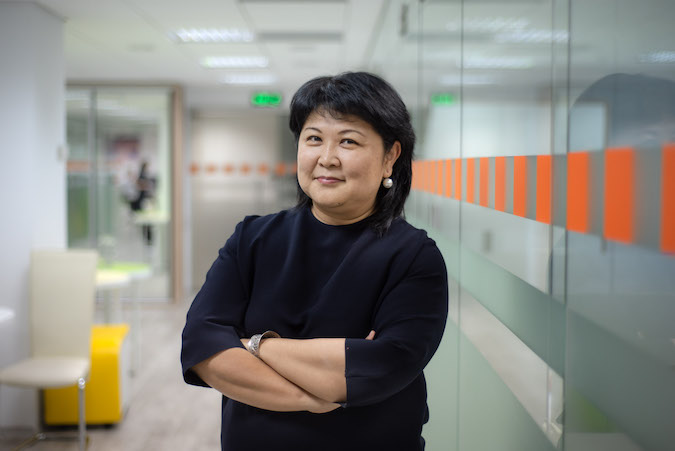 What do we know about Violence against Women in the world, and in the Moldovan society in particular? How does it actually affect the individuals and families, communities and the country, and the world? What was done and What can we do to stop this aggravate form of women’s human rights violations? These and other questions many individuals and organizations may ask as we approach the 16 days of activism against Gender-based violence.

As Moldova is commemorating the 16 days of activism it is important to remind ourselves that violence against women is one of the most spread human rights violations, and one of the most tolerated one. It is deeply rooted in cultural norms and entrenched behaviors. According to a national study1, 63% of women above 15 years old experience some form of violence2 from a husband/partner during their lifetime. Rural women, elderly women, Romani women, women with disabilities, HIV-positive women reported the highest prevalence rate of multiple forms of violence. Women, whose voices are silenced need urgent help and support and a whole-of-society effort is urgently needed.

It is also important to remind ourselves that women survivors are not only the victims, they have other realities too, and most importantly they possess agency, power, and solutions to this aggravated form of human rights violation and now increasingly playing a critical role in combating violence against women hand in hand with human rights advocates from public and civil society platforms. They revealed their power and courage to break the silence and even more courage to share their experiences with other women who are suffering in silence.

Campaigns such as 16 days are now gaining the momentum to increasingly recognize this overlooked reality and providing better space for women to speak up. The movements such as “#MeToo”, “#TimesUp”, “#BalanceTonPorc”, “#NiUnaMenos”, “HollaBack!” and “#TotalShutdown” were referred to by Ms. Phumzile Mlambo-Ngcuka, UN Under-Secretary-General and Executive Director of UN Women as “having converted isolation into global sisterhood”. Thus, this year’s United Nations theme for the International Day for the Elimination of Violence against Women is titled as “Orange the World: #HearMeToo” echoing the new space that is being created jointly with the women who speak up against violence against them and their families.

Republic of Moldova is organizing the 16 days campaign for the 18th year. We have chosen a theme “YouToo” for this year’s campaign in line with the innovation concept UN Women has rolled out in the country since 2015, and in support to the global vision. The concept, according to which women survivors of violence are supported to speak up and lead other women to make an important step towards breaking the silence and getting out of abusive relationship. Following this concept, women from various backgrounds, whose indivisible rights were violated at certain time of their life due to their gender and belonging to a specific group will share their stories during and beyond the 16 days in Moldova. Engaging men and boys in stopping violence against women and girls is also critical to bringing about change. Challenging sexism, male dominance and male privilege as society's norm starts with modelling positive masculinities. Thus, men will be also speaking up and sharing their practices and appeals as a manifestation of their support to the elimination of violence against women.

On this special occasion, I would like to make an address to women in Moldova to once again reiterate that there are many women around the world, including in Moldova, who stood up against violence, obtained help, and started to speak up, and also shared their stories. They accessed supports provided by the state and civil society organizations, and they can share their solutions with those, who need help to do the same. What is needed from you and all allies, including from among men is to look around yourself and see, if you have anyone, who needs support to break the violence chain. Please help to convey that YouToo can do it!

To our long standing and new partners, we would like to convey that changing society’s old and obsolete norms that condone violence is at the heart of UN Women, and we are moving ahead with the new tools and approaches jointly with you, our dear partners from the government, civil society, the donor and international development community, and other stakeholders. Please join us, YouToo can do it.

--------
1 “Violence against Women in the Family” study by the Moldova National Bureau of Statistics, 2011.
2 Types of violence: psychological, physical, sexual, and economic

Related News
25/11/2020
UN Women Moldova has illuminated in orange public buildings in Chisinau and other regions as a sign of solidarity, aiming at eliminating violence against women
25/11/2020
United against violence - UN family in Moldova kicks off the 16 Days of Activism against Gender-based Violence
26/11/2019
Generation Equality stands against rape! Launching event of the campaign "16 Days of Activism Against Gender-Based Violence” took place in Chisinau
04/12/2018
“LIBERĂ”, a theater performance about prejudices and stereotypes, played in Chisinau, Moldova
25/11/2018
UN Moldova launches the Campaign 16 Days of Activism to End Violence Against Women and Girls
END_OF_DOCUMENT_TOKEN_TO_BE_REPLACED