Generation Equality stands against rape! Launching event of the campaign "16 Days of Activism Against Gender-Based Violence” took place in Chisinau

On 26 November at the the State Russian Drama Theatre “Anton Chekhov” took place the Performance "LIBERĂ" by M.A.D.E. Theatre, a documentary play that challenges traditional stereotypes and prejudices. It’s a performance that approaches the issue of violence against women and the consequences of it upon the future generations. It’s a play about patterns, about written and unwritten laws. 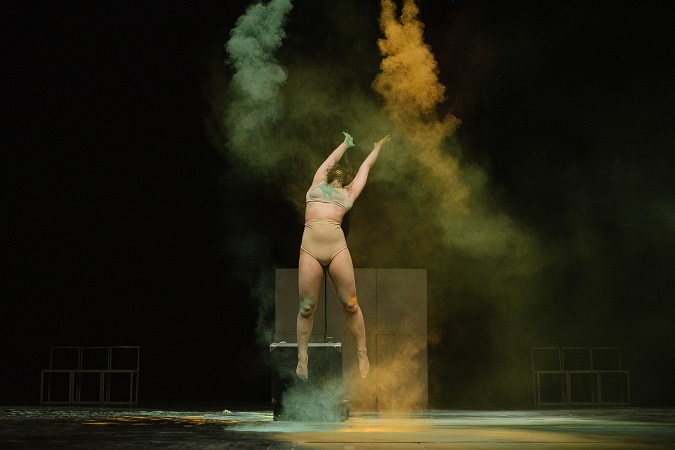 The founders of the Theatre gave up on the classic verbal expression and approached a new and revolutionary style for the Republic of Moldova, which involves movement, dance and body expression. The main tool in the setup of this performance is the body of the actor, which can communicate messages and states of being beyond language and age. This approach destroys the language issues and makes art more accessible, namely by simplifying the message that it wants to communicate. 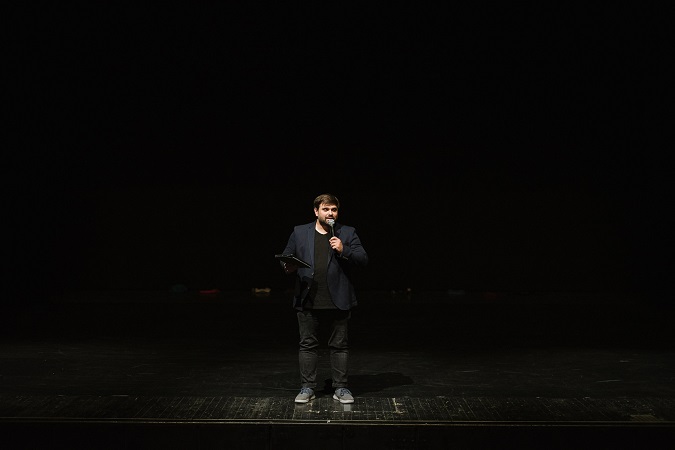 “The decision of setting up this performance came from the necessity of speaking about the problem of the violence against women, to raise the awareness in our society towards this problem and to inspire women to talk about this. Every third woman in Moldova is a victim of one of the forms of violence, every second child is being hit, but we don’t react in any way. Violence is an illness of the contemporary society. What can we do? We can change the attitude, become better and the children will follow our example,” outlines the director of the play, Ianoș Petrașcu.

The performance was organized in the frames of the campaign "16 Days of Activism Against Gender-Based Violence” and served as its official launching in the Republic of Moldova under this year’s international message „Orange the world: Generation Equality Stands against Rape”. The performance was accompanied by an exhibition „Don’t blame the clothes” created by Women's Law Center in partnership with United Nations Population Fund in the Republic of Moldova aiming to combat blaming of rape victims. 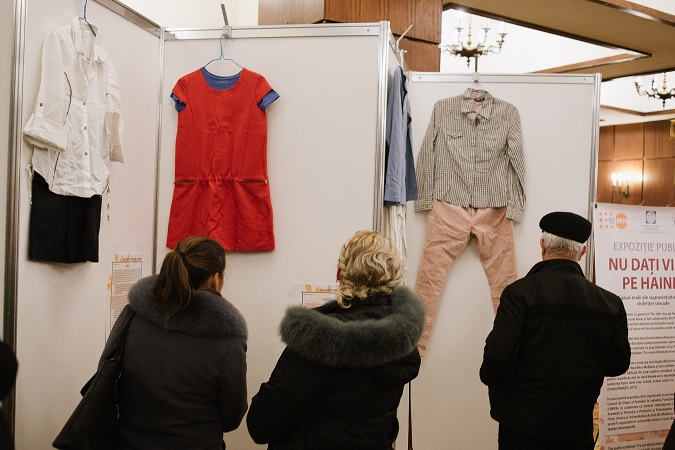 Representatives of Government, Members of Parliament, representatives of international organisations attended the event and shared their impressions about the performance in their closing remarks.

”It was a performance of gestures that we saw and sounds that we heard, but it reflected in depth which are the negative effects of violence. And I want to say to each to member of society that we should start from ourselves to not tolerate violence, to report these cases regardless of whether we are victims or witnesses to this phenomenon. Only in this way we can combat violence. Every day, every moment we have to be non-tolerant to the phenomenon of violence.”- was the message of the Minister of Health, Labor and Social Protection, Viorica Dumbrăveanu.

In her turn, Ms. Elena Bacalu, Head of the Parliamentary Committee for Social Protection, Health and Family, said: “I have been deeply moved by this performance. I want to encourage all women who are subjected to violence to report and to not tolerate violence against them. I should also encourage witnesses who see these acts of violence to realize that some of these victims may be their mothers, sisters, daughters, and therefore we must mobilize and say "NO" to violence. "

”I would like to say a huge thank you to the team of actors and to those who created this performance. That story was certainly very difficult to watch and the statistics presented at the end were difficult to comprehend. But it does tell us the real story and that is to none of us to ever remain silent. Voices of violence survivors need to be heard and need to be trusted.  And the youth, in particular, can lead this process and advocate for ending violence against women and girls and gender-based violence.” – stated Mr. Simon Springett, UN Resident Coordinator in the Republic of Moldova.

Programs Coordinator of the Swedish Emabssy in thje Republic of Moldova, Oxana Paierele noted that “The statistics show that young people in the Republic of Moldova equally tolerate this phenomenon of violence as adults. So statistics are practically the mirror of our society. What we have whatced tonight is very suggestive and very expressive. And maybe even more suggestive than the graphics that we all read whether we are related with the domain or not. In this way we identify with the characters, we understand better those emotions and can better understand the context. " 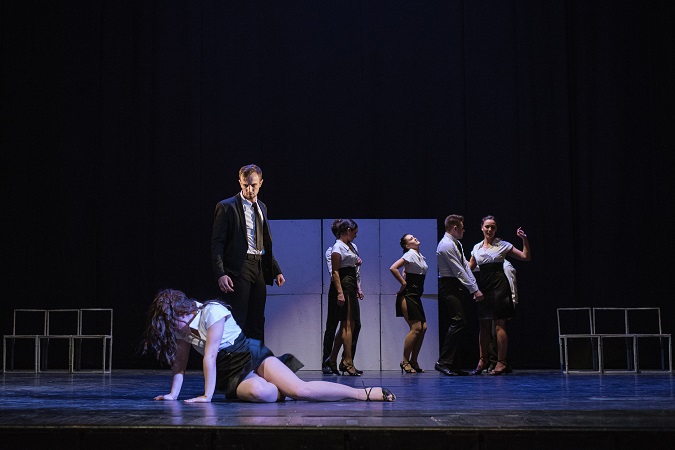 The violence against women is one of the most critical infringements of the human rights. Credit: UN Women/ Ramin Mazur

in family is recognized as a misdemeanor and is punished according to the Penal Code. According to the study "Violence against women in the family in the Republic of Moldova" conducted in 2011 by the National Bureau of Statistics, seven out of ten women in rural areas and six out of ten in urban areas have suffered at least from one form of violence caused by their husband/partner throughout their lives.

The "16 Days of Activism Against Gender-Based Violence” is an annual international campaign that  starts on 25 November (the International Day for the Elimination of Violence against Women) and runs until 10 December (Human Rights Day). In the Republic of Moldova, the campaign is organized for the 19th consecutive year by the Government, local authorities, international organizations and civil society representatives.

"M.A.D.E." theater, in partnership with the NGO "Vesta" implements the National Tour of the "LIBERĂ" preformance, directed by Ianoș Petrașcu, organized with the support of UN Women Moldova and financed by Sweden.

Related News
25/11/2020
United against violence - UN family in Moldova kicks off the 16 Days of Activism against Gender-based Violence
25/11/2020
UN Women Moldova has illuminated in orange public buildings in Chisinau and other regions as a sign of solidarity, aiming at eliminating violence against women
04/12/2018
“LIBERĂ”, a theater performance about prejudices and stereotypes, played in Chisinau, Moldova
25/11/2018
UN Moldova launches the Campaign 16 Days of Activism to End Violence Against Women and Girls
25/11/2018
[Op-Ed] “Women survivors of violence are not only the victims. They possess solutions to this aggravated form of human rights violation”
END_OF_DOCUMENT_TOKEN_TO_BE_REPLACED