Women with disabilities from Moldova demand their place in political, economic and social decision-making 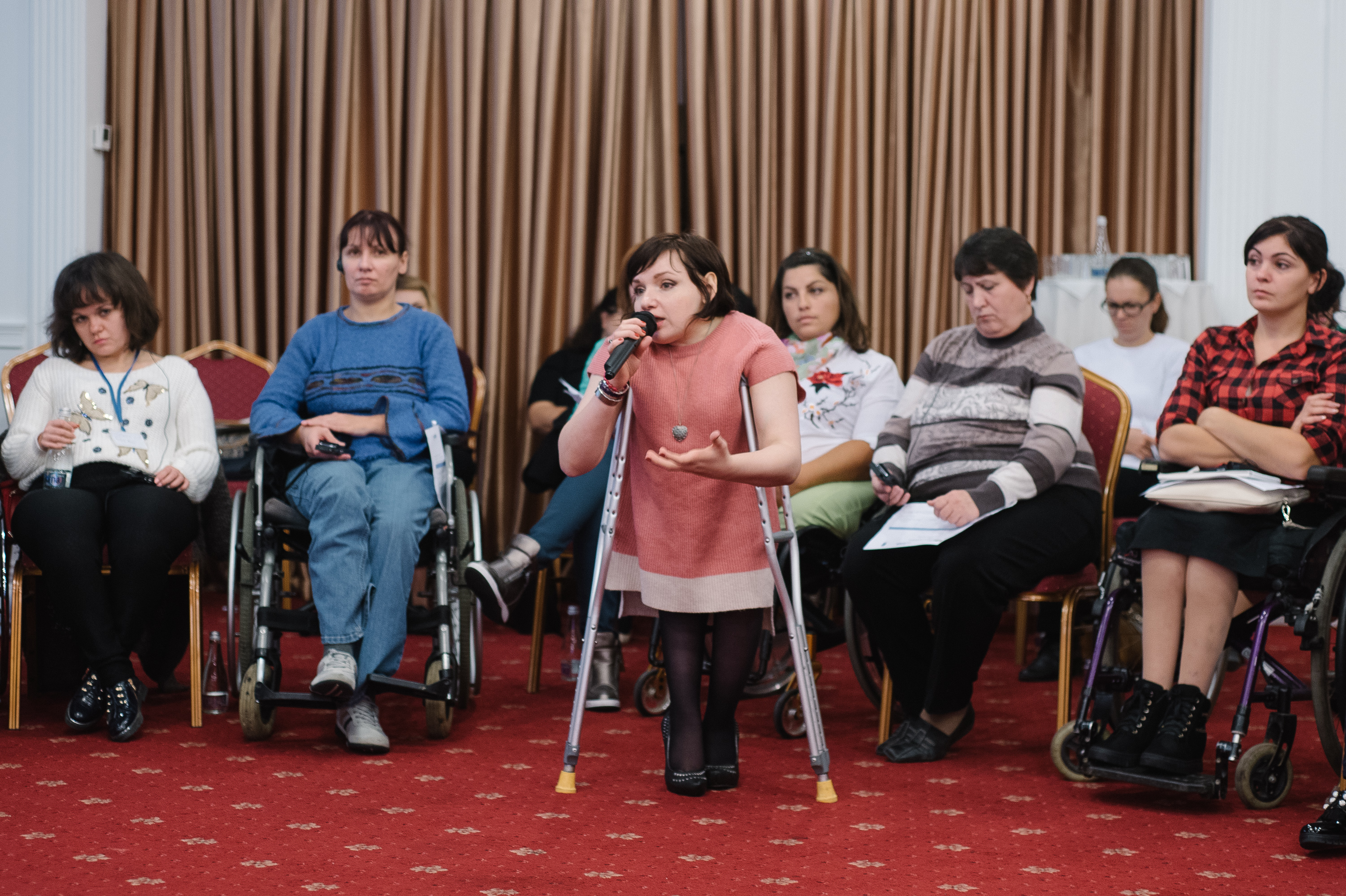 According to data of the National Bureau of Statistics, in the Republic of Moldova there are 184 thousand persons with disabilities, 48% of them being women.

Pavel Filip, Prime Minister of Moldova, said: “It is a honor for me to come here, in front of you. It is important that we, together, identify the barriers, constraints and see how we can solve them, according to our capabilities. We are also concerned about these issues and we want also to eliminate them. That’s why we must have continuous dialogues, so we can offer equal opportunities to all women with disabilities in the Republic of Moldova.”

Women with disabilities are subject to double discrimination — on grounds of both disability and gender, according to the fourth and fifth periodic reports of the Republic of Moldova. They are not protected from any type of violence, especially in the residential institutions, with non-consensual pregnancy termination on grounds of deficiencies still being practiced. They are discriminated in case they are pregnant, or when trying to establish a family.

In this context, Irina Revin, chairwoman of the Association of Entrepreneurs with Disabilities from the Republic of Moldova - ‘European Abilities with No Limits’, mentioned that, for the first time, there is an open dialogue between women with disabilities and authorities. "We have to be heard not only by society, but also by the authorities. We have the will to be present in political and civic life and we are worthy for the leadership positions. We just must have the same opportunities that all citizens benefit," said Irina Revin.

The participants expressed their worry that women and girls with disabilities were subject to multiple discrimination and were excluded from all areas of life. In addition, they talked openly with representatives of the Government and Parliament about the low participation of women with disabilities in the political and public life, and their invisibility in the anti-discrimination laws and policies for women.

At the same time, the first National Network of Women with Disabilities, which has over 100 members, was launched during this event.

Both the program aimed at strengthening the leadership abilities of women with disabilities, and “We Have Abilities - We Want Possibilities!” National Forum were implemented by the Association of Entrepreneurs with Disabilities, with the support of UN Programme “Women in Politics” Programme, implemented by the United Nations Entity for Gender Equality and the Empowerment of Women (UN Women) and United Nations Development Programme (UNDP), in partnership with East Europe Foundation and “Partnership for Development” Center, financially supported by the Government of Sweden.

Related News
20/07/2017
We have abilities, we want possibilities! The program to support more women with disabilities to enter in politics was launched
24/01/2023
Promoting healthy family dynamics in Moldova through education
20/01/2023
Women’s organisations in Moldova receive funding to respond to the humanitarian crisis
27/12/2022
Valentina Buhnă, founder of Flavorya, on being an entrepreneur and the unusual tastes of dried fruits
10/12/2022
Push forward: 10 ways to end violence against women
END_OF_DOCUMENT_TOKEN_TO_BE_REPLACED