Dads from Moldova and Sweden: A photo exhibit that challenges stereotypes, showing men alone with their kids

In Moldova, widespread patriarchal attitudes and gender-based stereotypes perpetuate the idea that women are responsible for child and home care, with fathers expected to be breadwinners. To challenge this widespread notion, the Embassy of Sweden organised in partnership with the UN in Moldova the photo exhibition Dads from Moldova and Sweden. 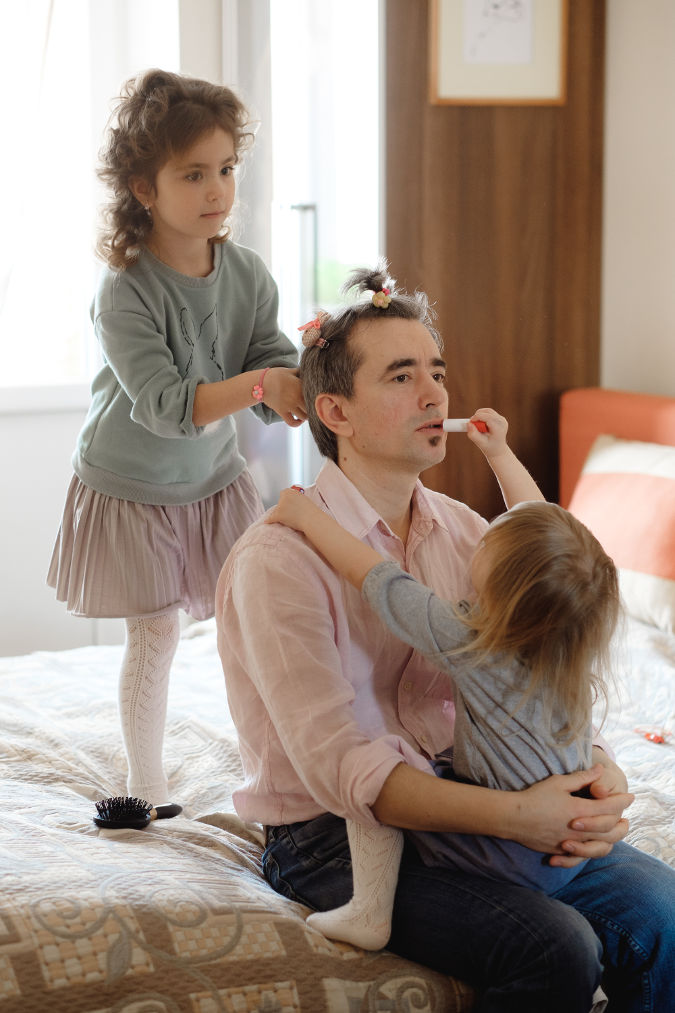 Held in a commercial centre in Chisinau, from 17-30 April 2018, Dads from Moldova and Sweden depicts in compelling images Moldovan and Swedish fathers engaging single-handedly with their children in a variety of every-day family situations. 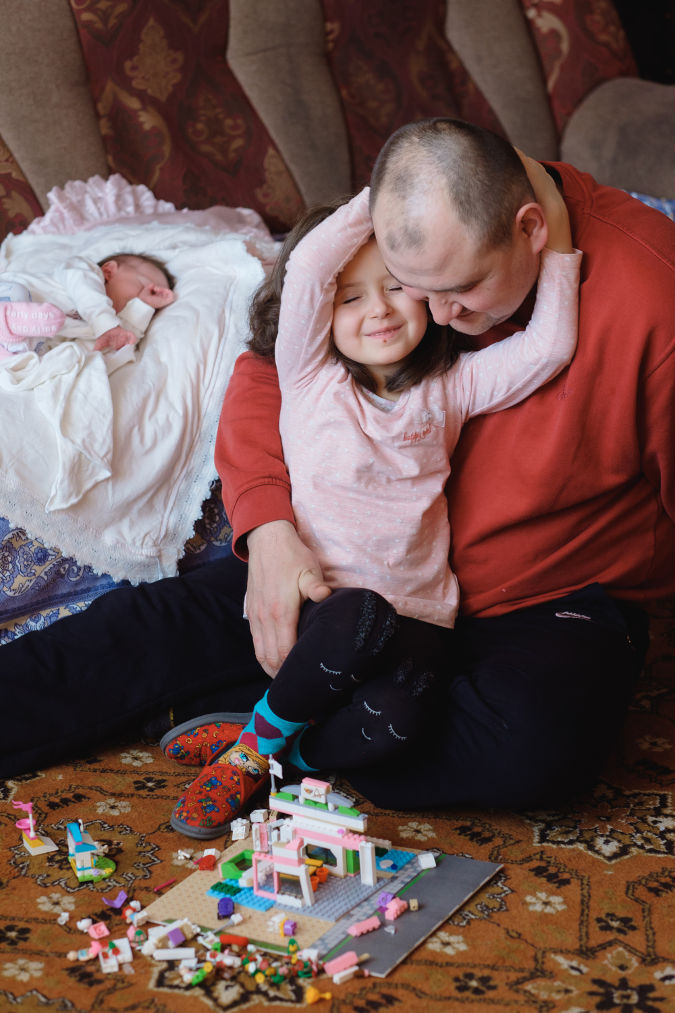 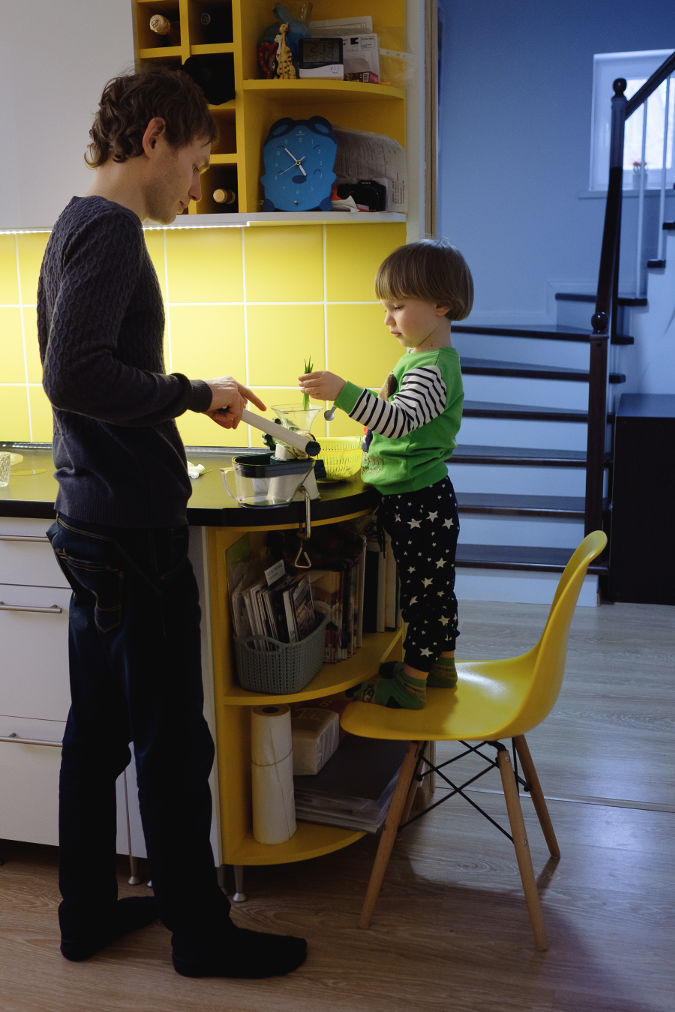 Dads from Moldova and Sweden in a recent survey, 52 per cent of Moldovan said they thought it was inappropriate for a man to stay at home and take of the children with the female partner or spouse worked and acted as primary family breadwinner. 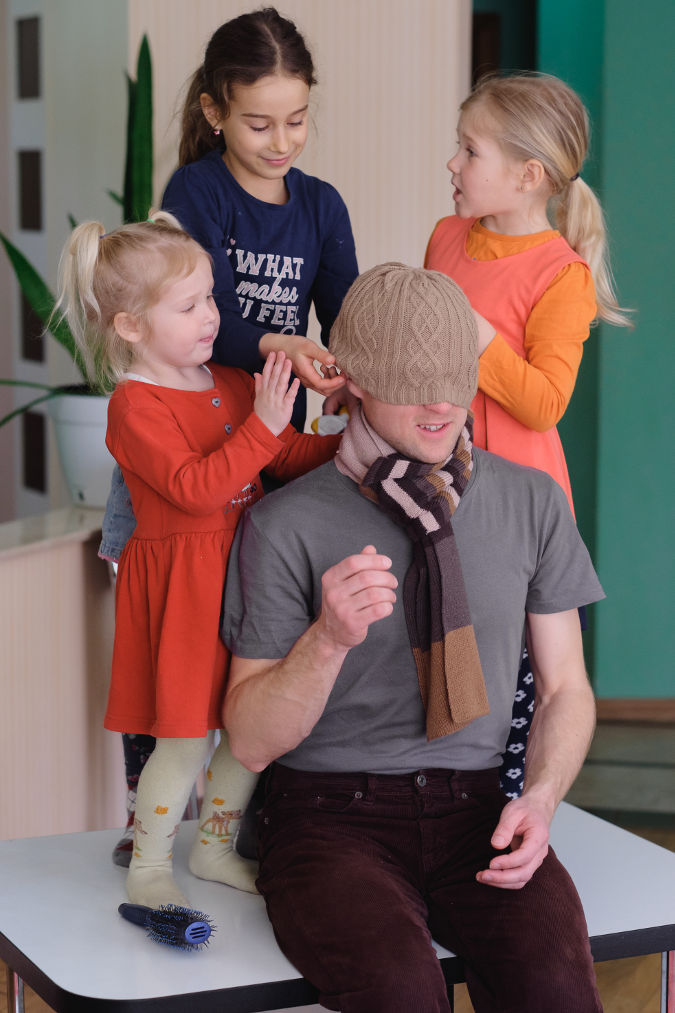 These patriarchal attitudes and gender-based stereotypes are reflected in Moldovan family policies: Working mothers are entitled to 100 per cent paid leave for 70 days before and 56 days after the birth of a child but working fathers get only 14 days fully paid leave, and that after their child’s birth. 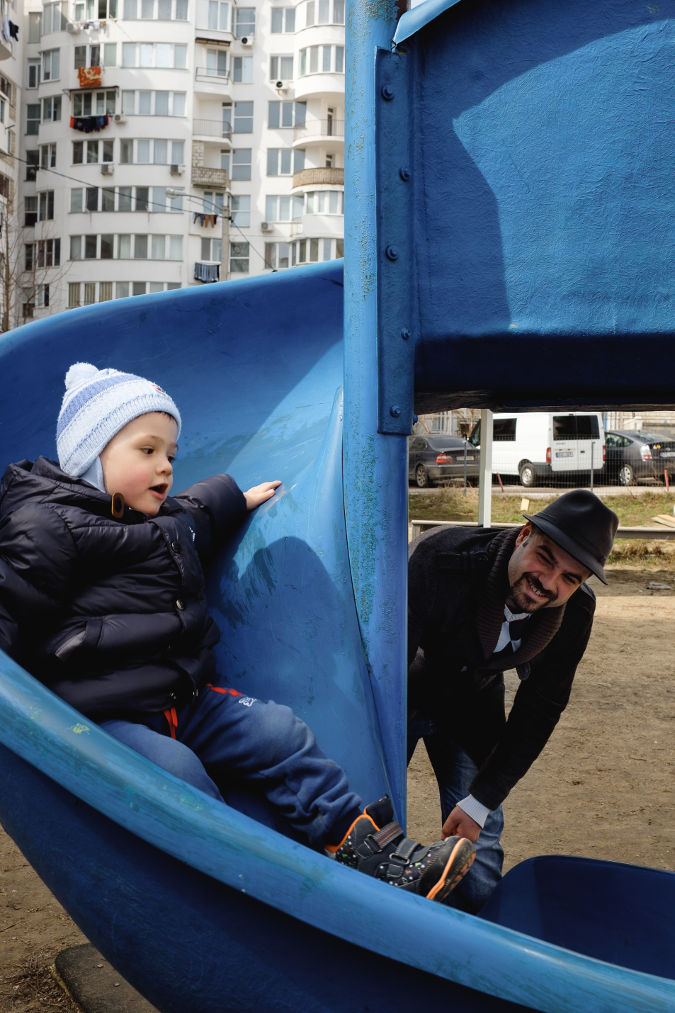 In April 2016, Moldova’s Parliament passed Law 71, with government-provided 14 days fully paid paternity leave. Law 71 has had an impact, with over 2,700 fathers taking the full 14 days paid paternity leave in 2017, up from 60 in 2016, according to data from Moldova’s National Insurance Service House. 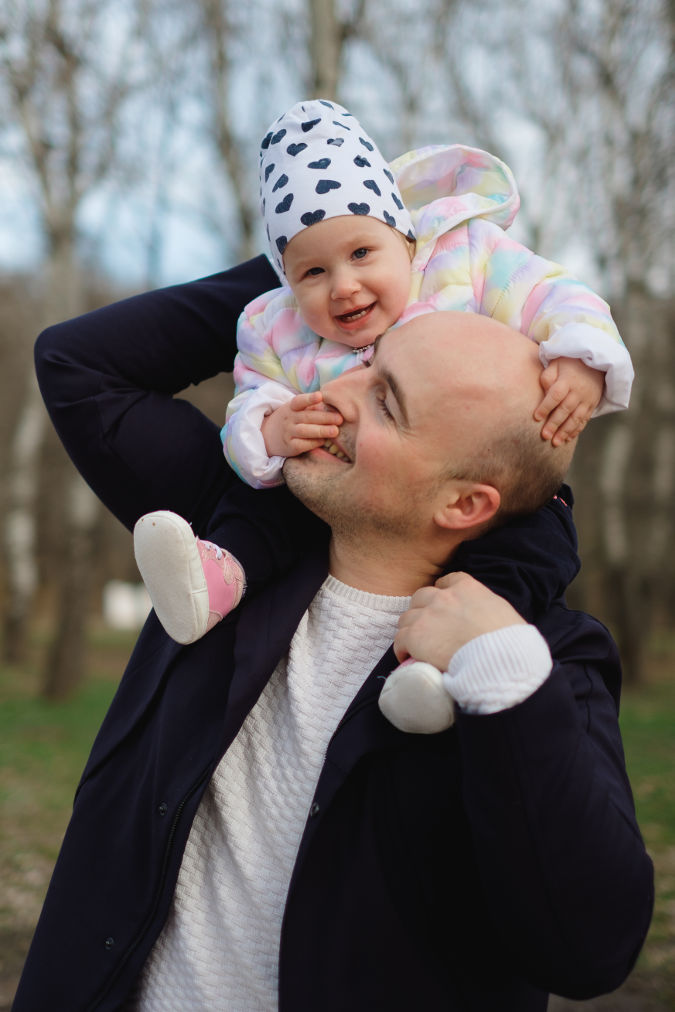 Still, despite the law, women continue to be the primary beneficiaries of the paid parental leave for childcare: Only 1 in 10 of recipients are men. 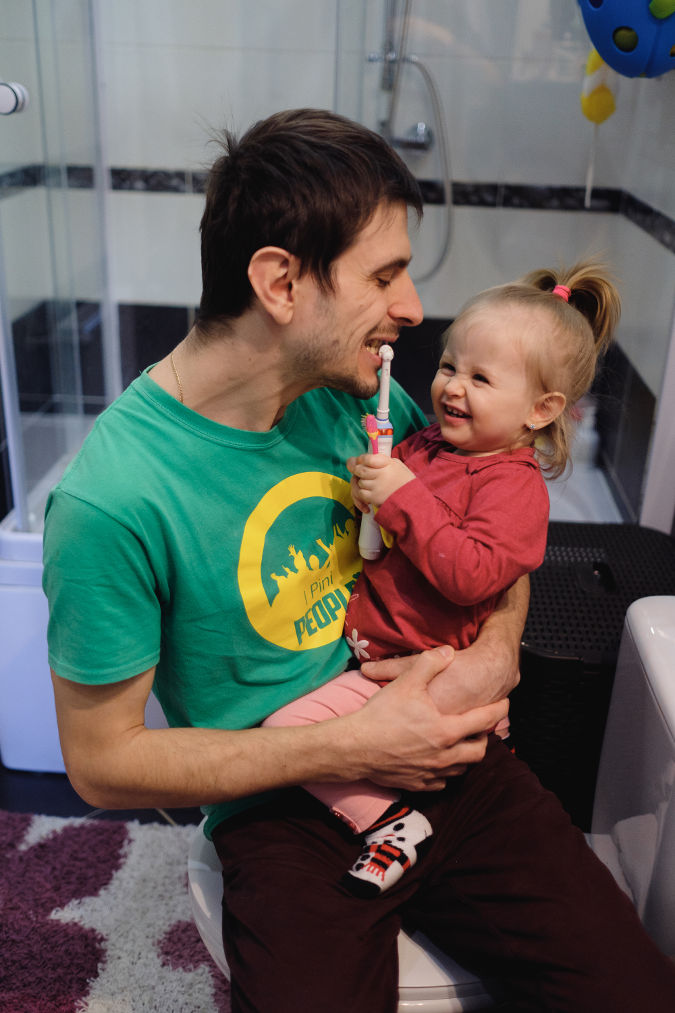 This disparity is reflected in the National Bureau of Statistics’ Time Use Survey findings in 2011. Undertaken with support from the UN in Moldova, the Time Use Survey found that 60 per cent of women engage in daily in children-care, but only 41 per cent of men. This excess time spent by Moldovan women on unpaid childcare work limits their earning potential and personal development. 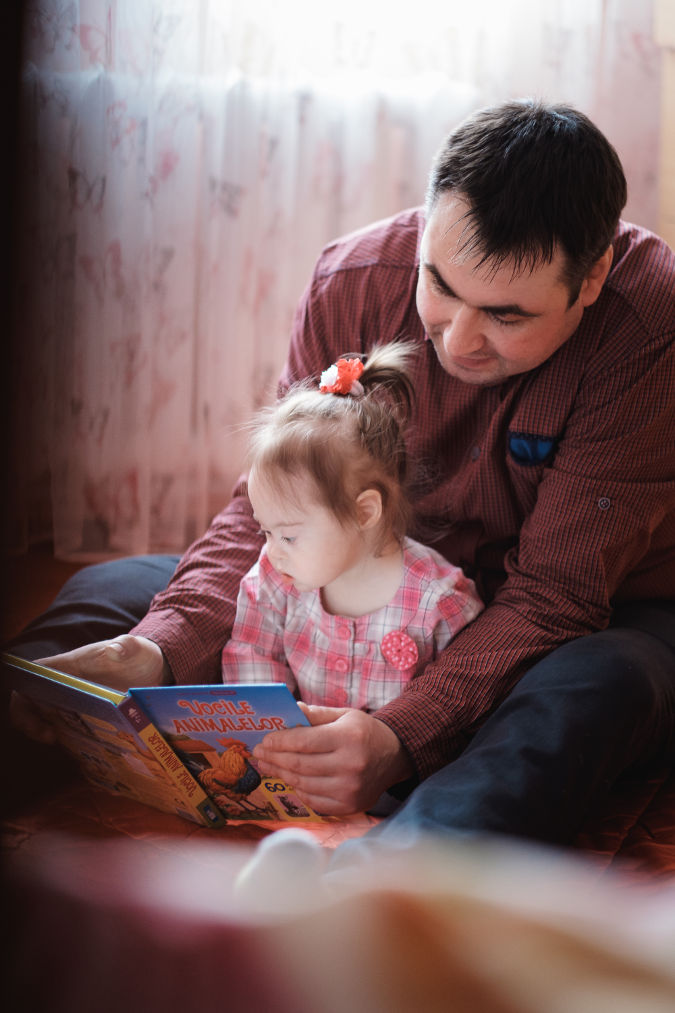 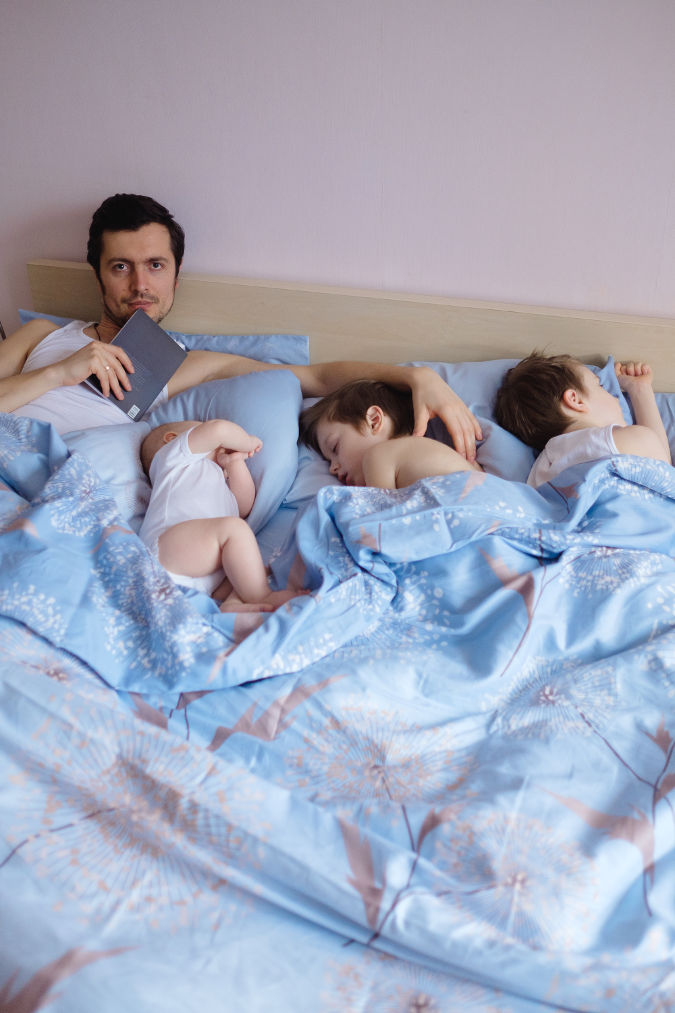 Men and women should enjoy equal treatment regarding labour and payment, distribution of unpaid domestic and care work, and social security.

Related News
24/11/2022
The UN and the Government signed the Sustainable Development Cooperation Framework 2023-2027
28/02/2022
Statement by UN Women Executive Director Sima Bahous on Ukraine
25/05/2018
“Harnessing the full potential of women and men leads to a substantial economic growth of the country”
08/03/2018
Op-ed: Time is now for justice and gender equality
05/03/2018
UN Women Moldova launches the campaign “You Know You Can”
END_OF_DOCUMENT_TOKEN_TO_BE_REPLACED