UN Women Moldova launches the campaign “You Know You Can” 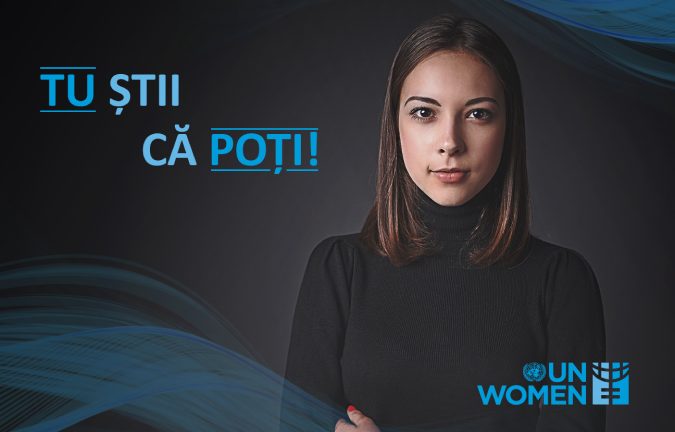 UN Women Moldova launches the campaign “You Know You Can”

In March, UN Women aims to explore the activism and achievements of women who have shaped the rights and lives of women and girls worldwide, and made history. In this context, on the eve of the International Women's Day, the 8th of March, UN Women in Moldova (United Nations Entity for Gender Equality and Women's Empowerment) launches the campaign “You Know You Can", dedicated to women who managed to break the norms in traditionally male-dominated fields.

“International Women’s Day is an opportunity to reflect on how far we have come and how much remains to be done to achieve lasting change towards gender equality. That’s why today, March 5, we launch the campaign “You Know You Can” that celebrates women who have “made history” in Moldova, by becoming pioneers in non-traditional fields. Years ago, as they entered entirely male-dominated areas, such as politics, sports, peacekeeping missions, business, science, many of them faced unprecedented challenges. In 2018, the situation is different. Yet, we have more to do if we want the world in 2030 to be equal for all and no one to be “left behind”, stated Asya Varbanova, acting head of UN Women Moldova.

Therefore, the campaign “You Know You Can” comes to encourage women and girls from Moldova to assert themselves as leaders and professionals in all fields. This is because there are still inequalities in access to paid jobs and significant discrepancies in the labor market between men and women. Official data shows that, while there are more girls than boys in secondary and tertiary education, this does not translate into equal employment opportunities. The employment rate of women is 39%, compared to 43% for men, and women earn on average 14.5% less, which is 11,417 lei less a year (2016). The pay gap increases significantly in higher paid sectors such as finance and ICT.

The campaign will showcase stories of women who have managed to assert themselves in various fields and achieved remarkable success, therefore motivating other women to write their own destiny.

The campaign will culminate with an event where women pioneers will share their achievements and discuss equal rights issues.  Moreover, a photo exhibition presenting women’s stories and messages will be launched and open for public.

Gender equality is an important objective and a catalyst for implementing the 2030 Agenda for Sustainable Development.

Related News
24/11/2022
The UN and the Government signed the Sustainable Development Cooperation Framework 2023-2027
28/02/2022
Statement by UN Women Executive Director Sima Bahous on Ukraine
25/05/2018
“Harnessing the full potential of women and men leads to a substantial economic growth of the country”
30/04/2018
Dads from Moldova and Sweden: A photo exhibit that challenges stereotypes, showing men alone with their kids
08/03/2018
Op-ed: Time is now for justice and gender equality
END_OF_DOCUMENT_TOKEN_TO_BE_REPLACED