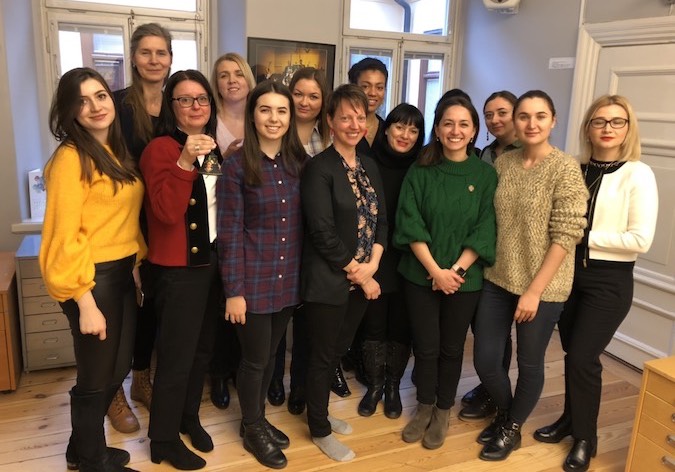 The journalists visited the Swedish International Development Cooperation Agency (Sida) and learned about its mission and objectives, the programs supported throughout the world, including in the Republic of Moldova, and Sweden’s experience in ensuring equality for women and men. Another visit took place at the Swedish Public Television (SVT), which has been operating since 1956 and has 2,100 employees. Journalists talked about their experience of monitoring and ensuring gender equality in news and TV programmes. Their experience has shown that the more gender-balanced media products educate the audience and increases people’s trust in the institution. Discussions continued at the Swedish Union of Journalists; at the Kultwatch portal editorial office, which publishes cultural news, namely, about people and stories that are not usually targeted by other Swedish media institutions; and at the Feministiskt Perspektiv portal, which shared their advice in ensuring gender balance in a media institution. 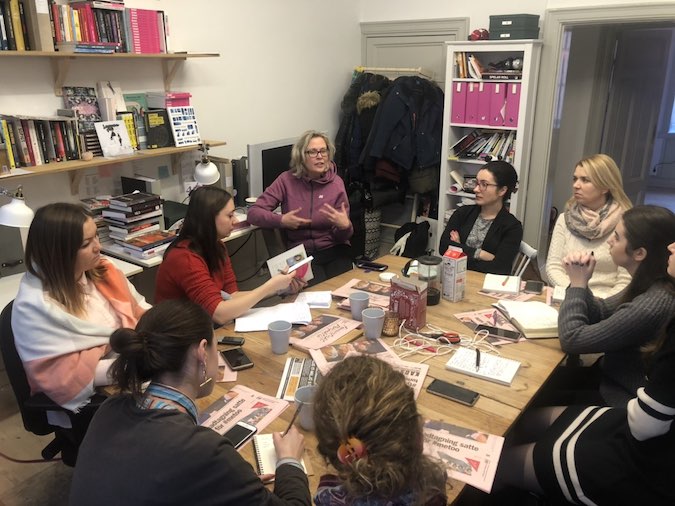 Study visit participants expressed that they will bring the best practices on gender equality into their editorial offices in Moldova. Photo: UN Women Moldova

Statistics on gender equality was a topic discussed at Kvinna Till Kvinna (‘Woman to Woman’) headquarters, an organisation advocating for women’s rights in 20 countries, particularly in conflict zones. The journalists also spoke with representatives of the Fojo Media Institute in Stockholm, an institution that advocates for freedom of expression and democracy, about women’s work conditions around the world, and about other important issues.

Impressed by Swedish institutions’ best practices in promoting gender equality in media, study visit participants have expressed that they will bring these practices into their editorial offices in Moldova. 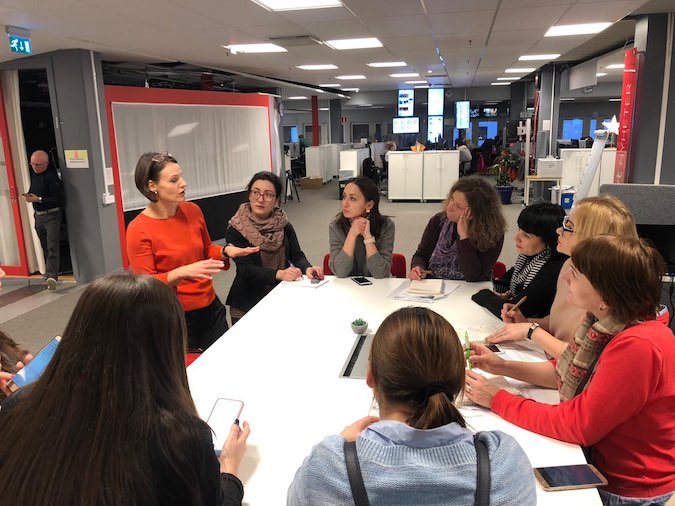 This study visit is the final stage of the ‘Click for Gender Equality’ Media Program, implemented by UN Women Moldova in partnership with the Association of Independent Press, with the financial support of the Government of Sweden.

‘For me, this study visit was, first of all, an opportunity to learn from the experience of a country that has become a model for gender mainstreaming in all areas of life – social, political and economic. The media institutions and organisations that I visited managed to develop and implement effective mechanisms to ensure gender equality. In the Republic of Moldova, where hate speech against women is a widespread phenomenon, and sexism and harassment are still difficult to combat, these models must be adopted by all institutions and organisations that declare themselves progressive and aim to ensure gender equality,’ shared Natalia Porubin, journalist at the investigation media portal anticoruptie.md.

‘This study visit gave me the opportunity to learn how media institutions work, what methods they use to keep their target audience and to increase the number of viewers. I was impressed with how the Journalists’ Union works, and with it having about 15,000 members, including retirees and students, and that journalists are protected by law. It is an example that we must replicate. This way, we can create a feeling of solidarity among journalists,’ said Victoria Popa, journalist at the national weekly newspaper ‘Jurnal de Chisinau’. 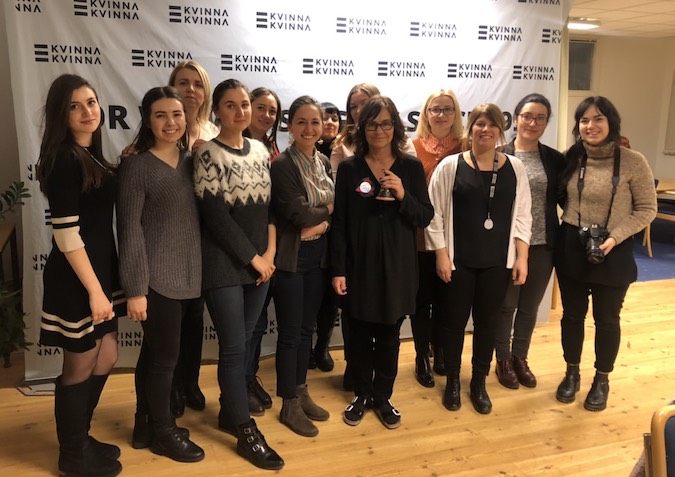 Statistics on gender equality was a topic discussed at Kvinna Till Kvinna (‘Woman to Woman’) headquarters. Photo: UN Women Moldova

‘I am impressed with the experience of Swedish media and non-governmental organisations, which believe that gender equality must be in all areas of work and which fight for equal opportunities. The visit to Sweden made me realize that to ensure gender equality, everyone needs to be involved – from state institutions and media to each citizen,’ said Cristina Cucos, editor of the media portal suntparinte.md.

This study visit is the final stage of the ‘Click for Gender Equality’ Media Program, implemented by UN Women Moldova in partnership with the Association of Independent Press, with the financial support of the Government of Sweden. The program was carried out in 2018 and provided trainings for journalists and for members of regulatory institutions, on subjects related to gender equality such as gender-sensitive language, sexism, feminism, harassment, preventing and combating violence against women, women's leadership, gender equality in media, etc. Also, a contest of journalistic materials was organised within the program.

The ‘Click for Gender Equality’ Media Program was carried out at the initiative of UN Women Moldova, in collaboration with the Association of Independent Press and with the financial support of the Government of Sweden.

Related News
30/11/2018
The best media professionals who promote gender equality have been awarded
24/01/2023
Promoting healthy family dynamics in Moldova through education
20/01/2023
Women’s organisations in Moldova receive funding to respond to the humanitarian crisis
27/12/2022
Valentina Buhnă, founder of Flavorya, on being an entrepreneur and the unusual tastes of dried fruits
10/12/2022
Push forward: 10 ways to end violence against women
END_OF_DOCUMENT_TOKEN_TO_BE_REPLACED