The best media professionals who promote gender equality have been awarded 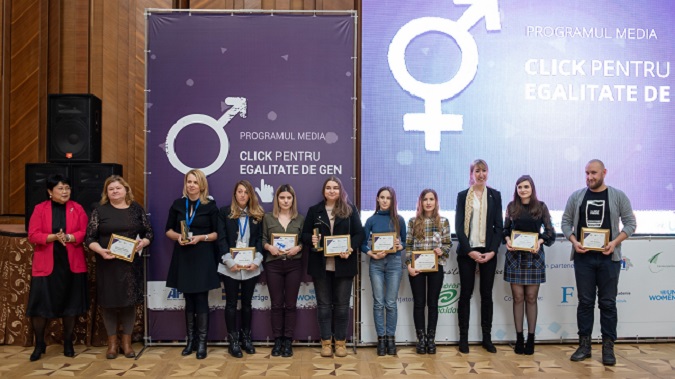 UN Women Moldova and the Association of Independent Press (API) have awarded journalists who address gender issues professionally. The award ceremony took place within the Media Forum 2018, organized during 29-30 November.

The winners were selected as a result of a public contest where journalists and photojournalists from the print media, radio, TV, online media submitted their journalistic materials that tackle gender equality issues. 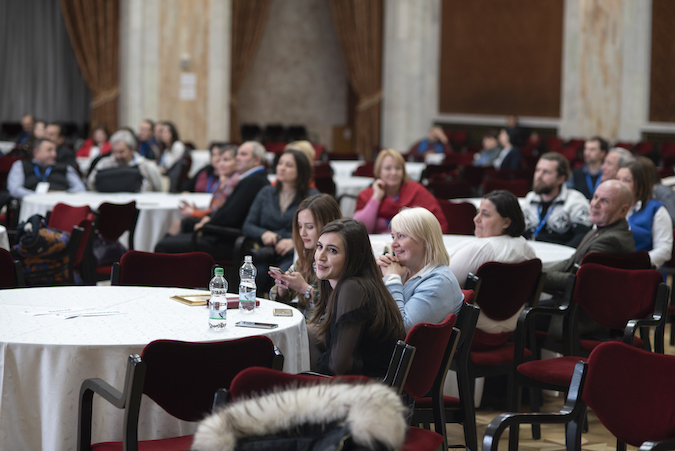 The contest was part of the “Click for Gender Equality” Media Programme, carried out by UN Women and API during August-December 2018. Journalistic materials were accepted into three categories - print and online media, audio-visual media and photojournalism. The applications were evaluated by a jury of gender equality and media experts and civil society representatives, on the basis of a number of criteria and gender equality principles. 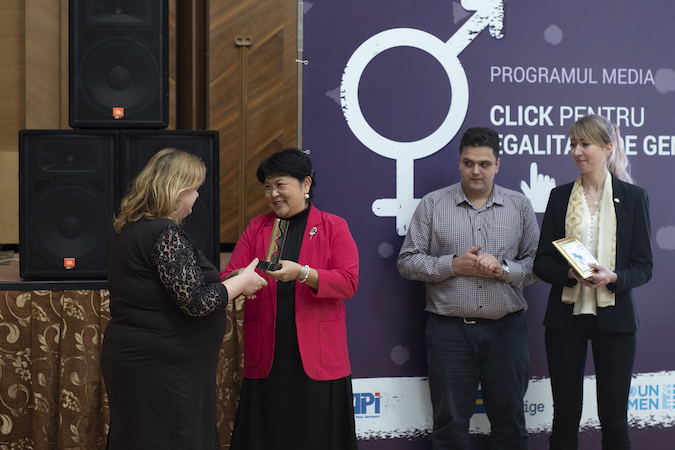 “You, as media representatives, one of the most important actor of the society, you shape the future of the country. By making one small Click, you can help the public to realize that women are not only victims, women are not only servants, women are not the problems. Women are playing a huge and important role in the society and you can create a space, so that this is visible and recognized. You can create a better and a more equal future for Moldova,” said Ulziisuren Jamsran, UN Women Moldova Country Representative, during the award ceremony. 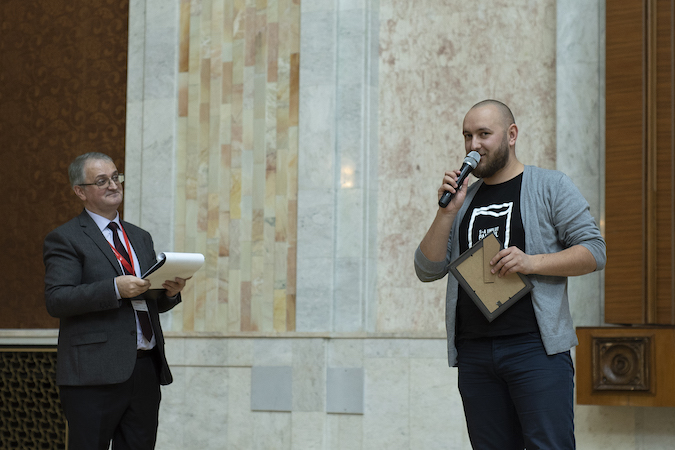 Thus, in the press and online media category, the main prize went to Natalia Porubin from Anticoruptie.md, the second place was awarded to Valeria Dumitriu from Zugo.md, and the third prize was offered to two journalists: Cristina Cucoş from suntparinte.md and Marcela Zămosteanu from Unimedia.info. 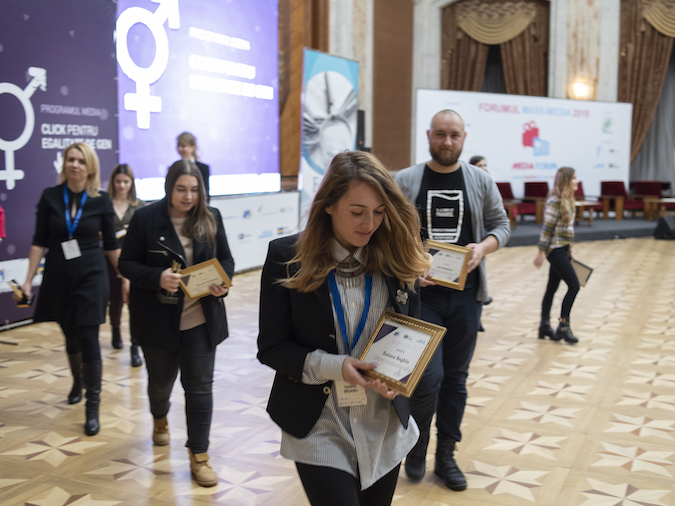 The contest was part of the “Click for Gender Equality” Media Programme, carried out by UN Women and API during August-December 2018. Photo: UN Women Moldova/ Ramin Mazur

Awards for the best photos from the perspective of gender equality went to Dmitrii Vosimeric from the Defense Ministry's Media Center (first place) and Tatiana Beghiu from moldova.org (second place).

The winners of each category received the “Click for Gender Equality” trophy, a bronze statuette representing gender equality; all the contest finalists received various prizes.