Click for Gender Equality Media Programme has officially kicked off 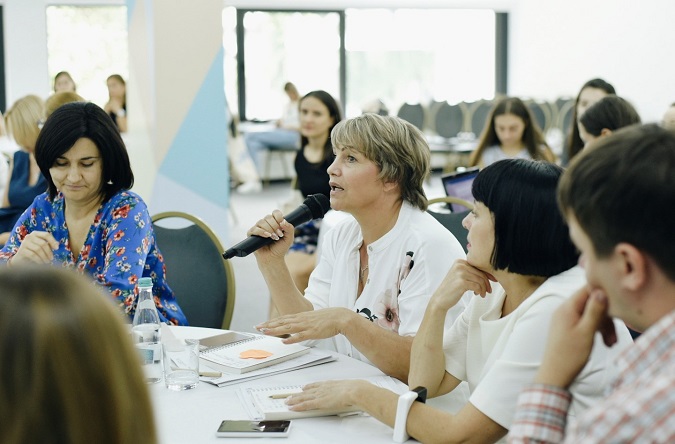 25 journalists from online, print and TV media from Moldova learn about gender equality, gender-sensitive language, sexism, feminism, harassment, preventing and combating violence against women, as well as on how to reflect on gender equality issues. Journalists were selected following an open competition, based on their personal motivation and experience.

Training is the first stage of the "Click for gender equality" Media Programme, launched by UN Women Moldova and the Association of Independent Press, in August 2018.

Nina Orlova, program specialist of UN Women Moldova, stayed: "Thank you for accepting to take part in this program dedicated to the journalists from Moldova. We launched this program, because we believe that the media play a crucial role in our everyday lives. And these trainings come to provide new knowledge in the field of gender equality and women's rights. You are the voice of the country, which fights for respect of justice, truth and human rights, including gender equality." 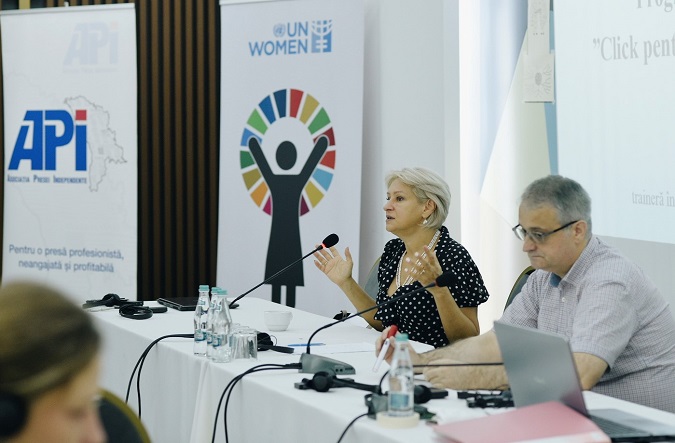 Petru Macovei, executive director of the Association of Independent Press, said: “Gender equality is not just about women, it is about balance between women and men. It is important for each of us to understand this. But, unfortunately, patriarchal mentalities still persist in our society, and journalists, as opinion-makers, should be involved in changing these mentalities. Journalists shall promote people's rights, and gender equality is a fundamental right."

After completing the trainings, the participants will have the opportunity to present, within a competition, their journalistic materials that reflect gender equality. The winners will be announced during an award ceremony, and some of them will benefit from a study visit to one of the European Union countries.

The “Click for Gender Equality” Media Programme is carried out at the initiative of UN Women Moldova, in cooperation with the Association of Independent Press and with financial support of the Swedish Government.

Related News
01/07/2022
Women from vulnerable groups benefited from support meant to increase their resilience during the multiple crises
27/05/2022
In the words of Tatiana Scutari: "Peacekeeping missions taught me to appreciate peace"
23/05/2022
Ana Afanasova: At iHUB I have a comfortable workplace, as well as lots of valuable communication with my co-workers
20/05/2022
Meet Yaroslav, a young Ukrainian refugee with disabilities who dreams of becoming a DJ
13/05/2022
Over 3850 women from vulnerable groups will receive food and essential supplies
END_OF_DOCUMENT_TOKEN_TO_BE_REPLACED