Photo Essay: Moldovan woman councillor challenges gender stereotypes in school "Boys may crochet and girls may do wood work, if this is what they want to do" 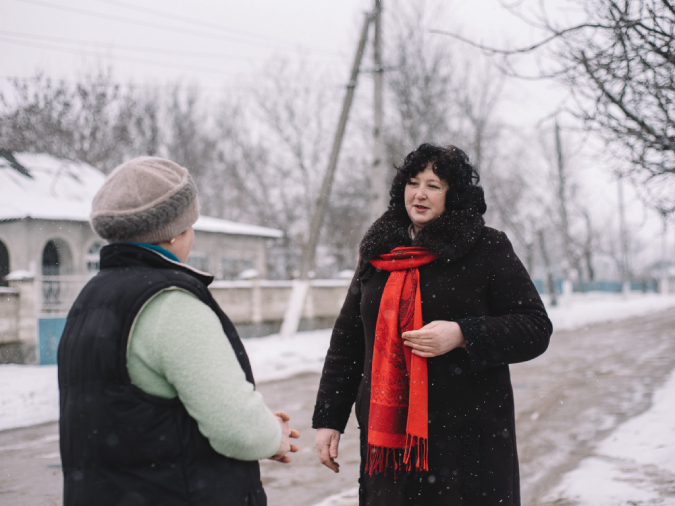 Svetlana Mantea is a local councillor and history teacher in Cobâlea, Șoldănești, a village of about 2000 inhabitants, located 120 kilometers north of Moldova`s capital, Chisinau. Feeling empowered, having participated in a UN Women-supported National Mentorship Programme for Women Councillors called Inspir-o!, Mantea was promoted to School Director. She soon started working with students, teachers and parents to challenge gender stereotypes in education, opening up new opportunities for both girls and boys. 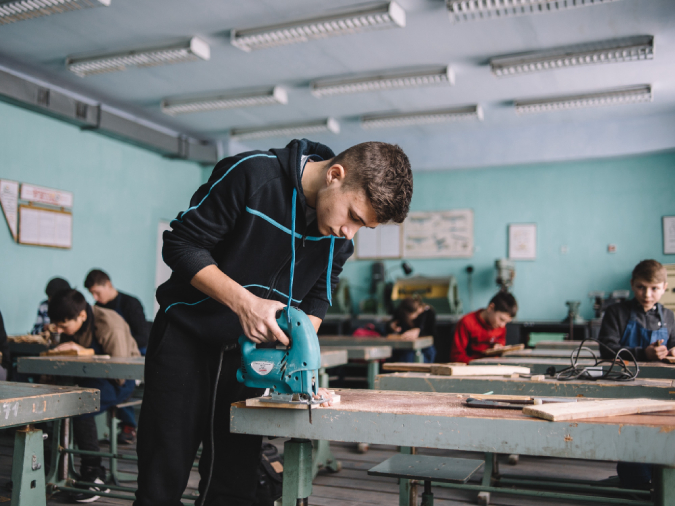 In most schools across Moldova, girls and boys in grades five to nine are segregated along gender lines for the mandatory subject Technological Education, which teaches various crafts. Boys mostly learn woodwork, while girls are taught sewing, crocheting, embroidery and cooking. 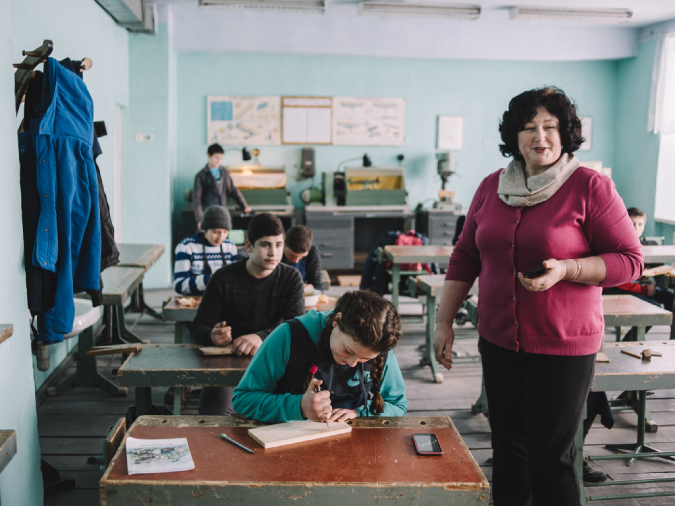 When her daughters were limited in their educational choices in the same way that she had been as a school girl years earlier, Svetlana decided to look into changing this. After consulting with representatives from the Ministry of Education, she discovered that the regulations did not require the segregation of girls and boys. “If the law doesn’t prohibit mixed groups, then why do we still put on our glasses and walk on the same old path?” questions Mantea. 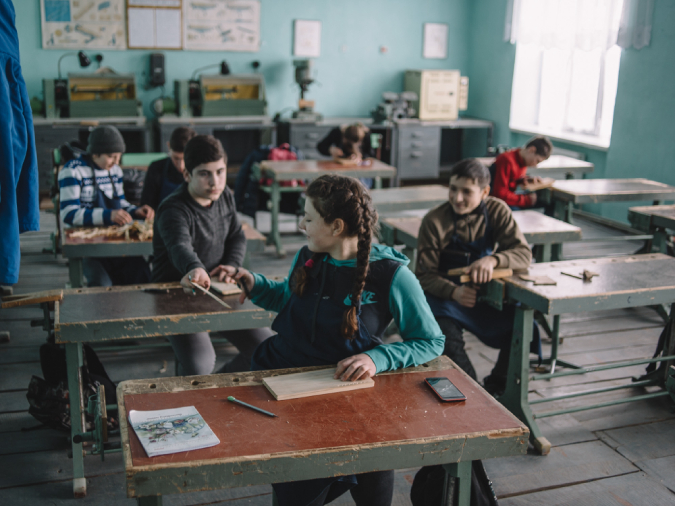 Now, students at Cobâlea school can choose which craft they want to learn. According to Councillor Mantea, this is the only school in Șoldănești district that has mixed groups for Technological Education classes, and one of the few schools in the country. 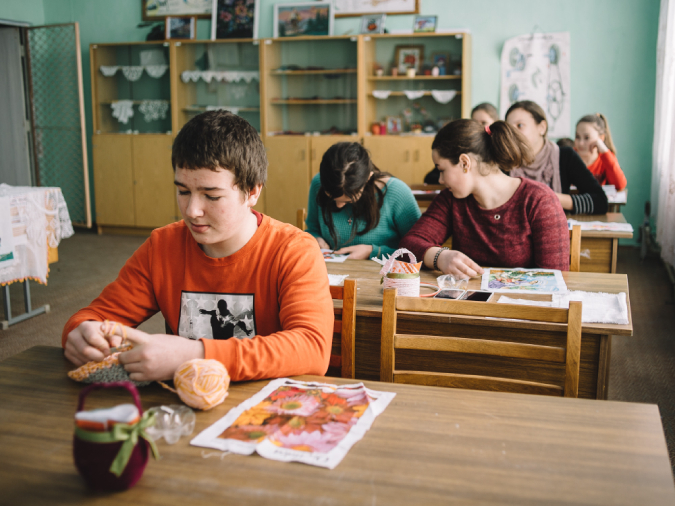 Ilie is in the eighth grade. He moved to Cobâlea school in September 2017. “At my old school, all the boys had to do woodwork, and girls – sewing,” he explains. “In this school the groups are mixed and I chose to do crocheting, because I like it – it’s an old, traditional craft … it’s beautiful. Everyone should have the choice to do what they like, no matter if they are a boy or a girl,” says Ilie. 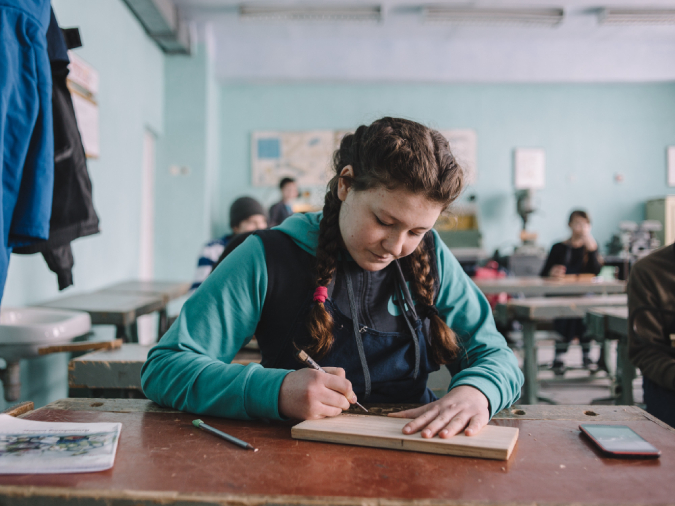 “I have never had the patience for sewing, it was very hard for me in the past,” says Maria. “I like working with wood much better and I am glad that this has changed.”

Another eight-grade student, Sergiu says: “It looks like the school cares about our preferences and we are happy to have this choice. During the class, there is no difference between what boys and girls do, we are all working on our crafts.” 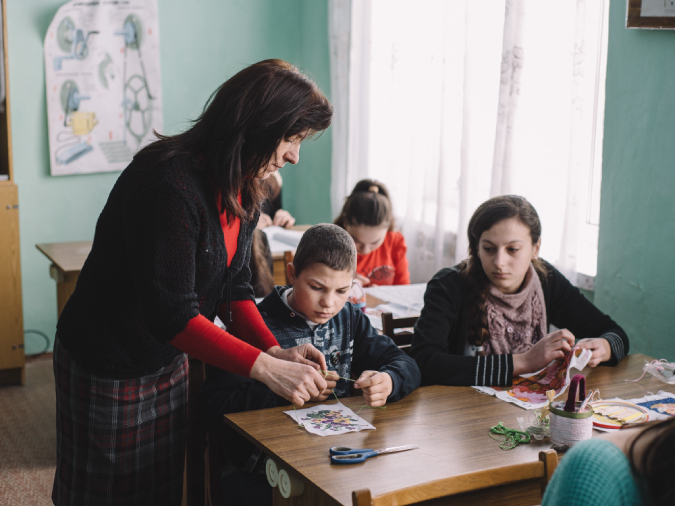 “It was not right that students were divided by gender for this subject. Division by gender roles is still very strong in our society, and it’s hard to convince people otherwise,” said Ala Ababii, technological education teacher. 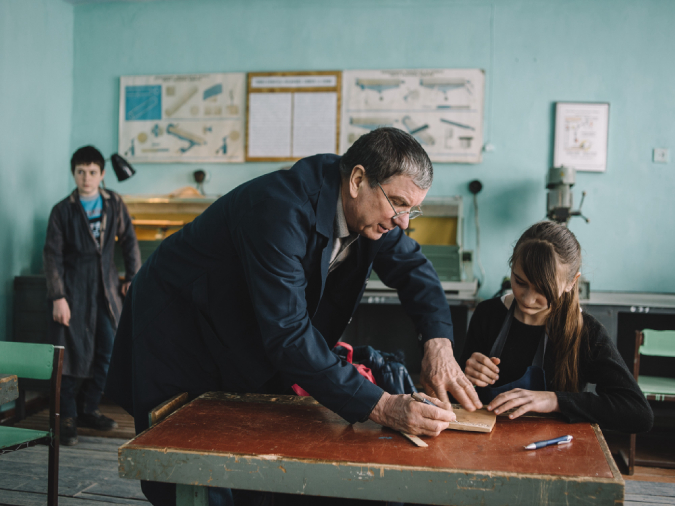 Councillor Mantea recognizes that changing the traditional mind-sets will take time and persistence. Aiming to inspire other schools to also challenge gender stereotypes in education, she has shared this positive experience with other directors in the district. 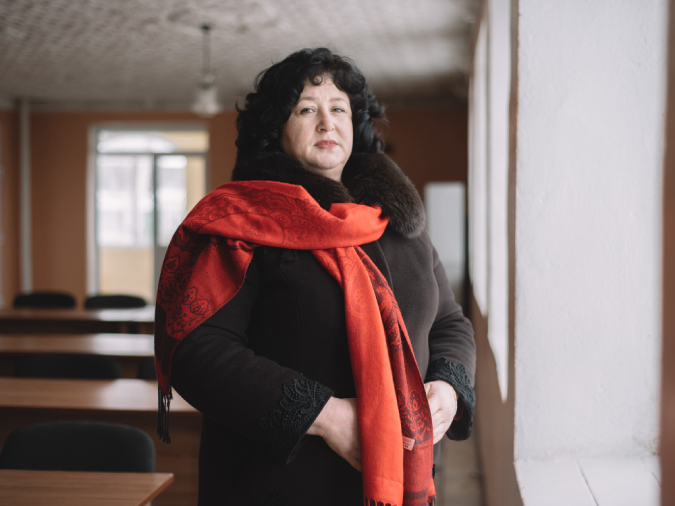 “My life was totally different before the Mentorship program. I was too shy and afraid to step forward and take a lead role. My mentors helped me to gain confidence and I discovered that I had a lot of untapped potential.”

She credits the Inspir-o! Programme with helping her strengthen her communication, advocacy and time management skills, alongside her knowledge of gender equality and women’s rights.

During the mentorship programme she has also registered a non-profit organization called “Belogetica”. The organization now involves over 150 people and is actively promoting women’s rights, while reaching out to people in need. 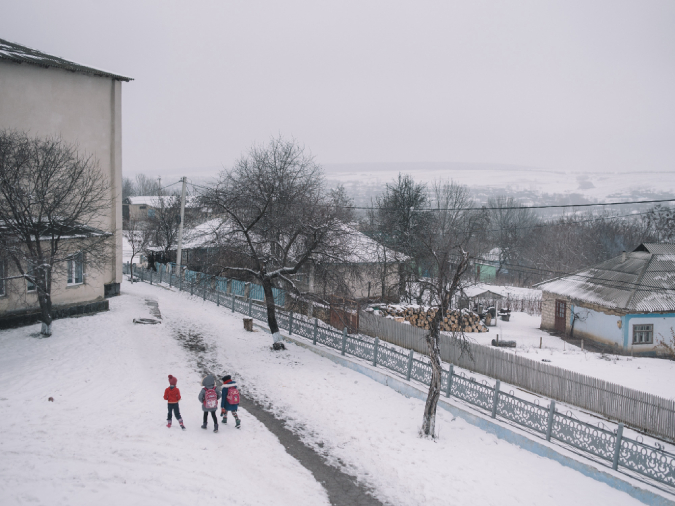 To date, Inspir-o! has helped women elected to local councils organize over 100 community activities and projects that have benefitted 25,500 people. Inspir-o! was run by the “Partnership for Development” Centre, under the Women in Politics Programme which worked to increase capacity of women working in politics and to increase the rate of women’s political representation and in decision-making processes.

Funded by the Swedish Government, the Programme was jointly implemented by UN Women and UNDP with the non-governmental organizations East Europe Foundation and “Partnership for Development” Centre.

In Moldova, women only represent 21.78 (or almost 22) per cent of the members of Parliament, in 2015 they made up just 20.6 per cent of mayor mandates, 30.04 per cent in local councils and 18.55 per cent in district councils. This is far below international standards and the country’s commitments under nationally and internationally agreed goals. 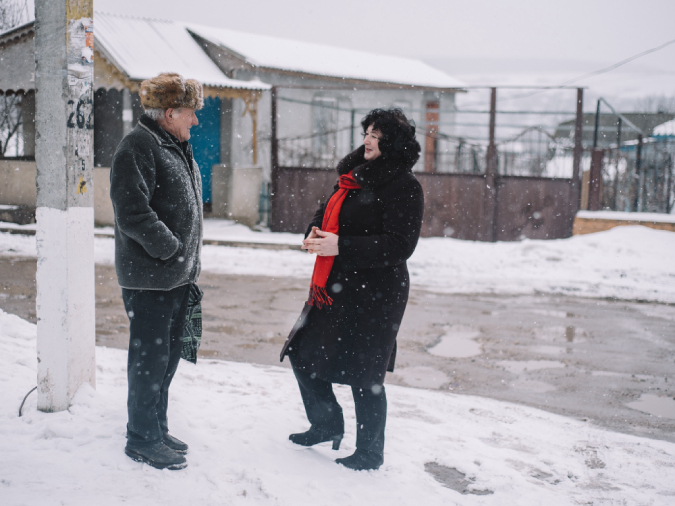 As local councilor, Mantea’s role involves attracting investors and helping to create jobs for women and others in the community. “There are no jobs, many people work abroad, or in the fields in other villages,” says Mantea. She is particularly proud of having worked with colleagues to draft the now approved five-year village development strategy. The plan has a strong focus on human rights and economic development. 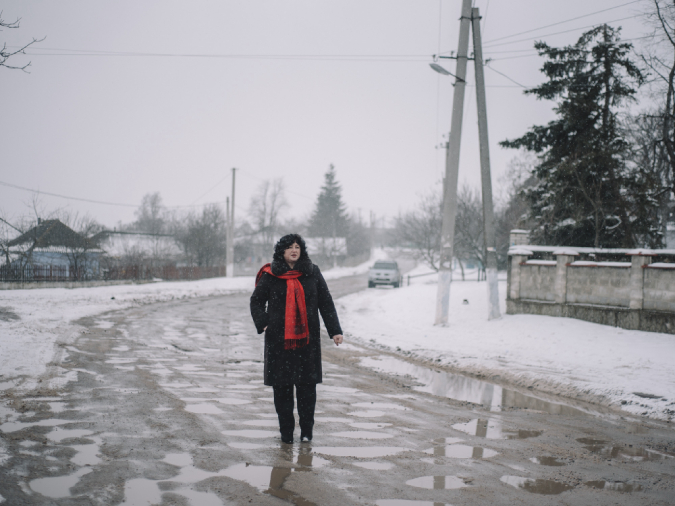 “For me, the process of what I do means a lot. I am aware that some results of my work may not be visible or measured now, but will make a huge difference over time,” says Mantea.