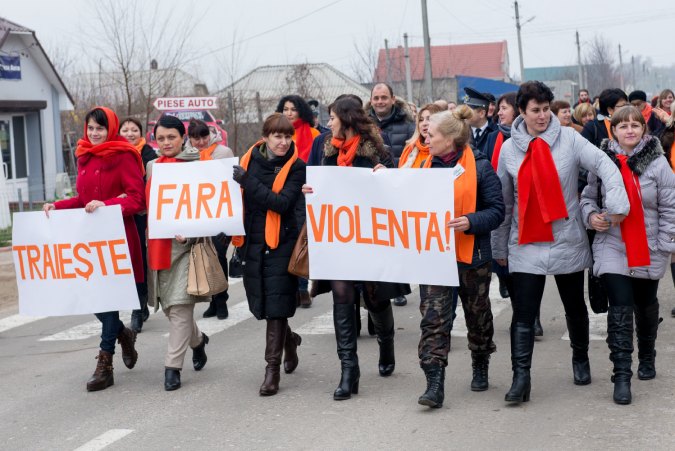 On 22 February 2018 the Government of Moldova has adopted the National Strategy on prevention and combating violence against women and domestic violence for 2018-2023, a premier for Moldova.

The Strategy is aligned with the Council of Europe Convention on preventing and combating violence against women and domestic violence (Istanbul Convention) which sets the standards for preventing gender-based violence, protecting victims of violence and punishing perpetrators.

Among the main provisions of the National Strategy on prevention and combating violence against women and domestic violence for 2018-2023 are:

“The adoption of the Strategy represents an important step forward and shows the Government’s commitment to address a grave human rights violation in the country – violence against women. We are glad that the Strategy was adopted following an extensive consultative process including civil society organizations and women who have survived violence. We look forward to the Strategy’s timely and effective implementation over the next years,” noted Asya Varbanova, acting Head of Office at UN Women Moldova.

The study Violence against Women in the Family, found that 63 per cent of women experienced psychological, physical or sexual violence from their partner during their lifetime and one in 10 experienced economic abuse. Rural, elderly, and separated or divorced women had the highest rates of violence.

Since 2016, UN Women and other partners have supported the Government in drafting this Strategy.

UN Women works in communities across Moldova on preventing and ending violence against women and girls, including by strengthening multi-disciplinary teams for a more efficient intervention, and empowering women to speak up and demand their rights.

Related News
24/01/2023
Promoting healthy family dynamics in Moldova through education
10/12/2022
Push forward: 10 ways to end violence against women
01/12/2022
Dialogue held on access to justice for women survivors of gender-based violence
18/04/2022
Artemida Drochia
10/12/2021
Art therapy: 5 pieces of art made by survivors of domestic violence, exhibited at the Parliament of the Republic of Moldova
END_OF_DOCUMENT_TOKEN_TO_BE_REPLACED