UN Women Executive Director’s Statement for the International Day for the Elimination of Violence against Women, 25 November 2019

End rape—an intolerable cost to society. If I could have one wish granted, it might well be a total end to rape. That means a significant weapon of war gone from the arsenal of conflict, the absence of a daily risk assessment for girls and women in public and private spaces, the removal of a violent assertion of power, and a far-reaching shift for our societies. 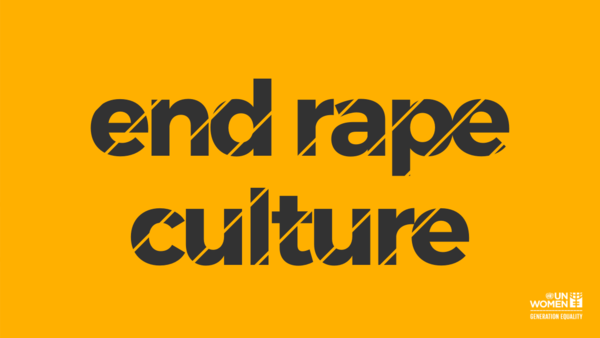 Rape isn’t an isolated brief act. It damages flesh and reverberates in memory. It can have life changing, unchosen results—a pregnancy or a transmitted disease. Its long-lasting, devastating effects reach others: family, friends, partners and colleagues. In both conflict and in peace it shapes women’s decisions to move from communities through fear of attack or the stigma for survivors. Women and girls fleeing their homes as refugees also risk unsafe transport and insecure living conditions that can lack locked doors, adequate lighting and proper sanitation facilities.

Girls married as children in search of increased security at home or in refugee camps can get caught up in legitimized conditions of rape, with little recourse for those wishing to escape, such as shelter and safe accommodation.

In the vast majority of countries, adolescent girls are most at risk of sexual violence from a current or former husband, partner or boyfriend. As we know from our work on other forms of violence, home is not a safe place for millions of women and girls.

Almost universally, most perpetrators of rape go unreported or unpunished. For women to report in the first place requires a great deal of resilience to re-live the attack, a certain amount of knowledge of where to go, and a degree of confidence in the responsiveness of the services sought – if indeed there are services available to go to. In many countries, women know that they are overwhelmingly more likely to be blamed than believed when they report sexual assault, and they have to cope with an unwarranted sense of shame. The result of these aspects is a stifling of women’s voices around rape, significant under-reporting and continuing impunity for perpetrators. Research shows that only a small fraction of adolescent girls who experience forced sex seek professional help. And less than 10 per cent of women who did seek help after experiencing violence contacted the police.

One positive step to increase accountability is to make rape universally illegal. Currently more than half of all countries do not yet have laws that explicitly criminalize marital rape or that are based on the principle of consent. Along with criminalizing rape, we need to get much, much better at putting the victim at the centre of response and holding rapists to account. This means strengthening the capacity of law enforcement officials to investigate these crimes and supporting survivors through the criminal justice process, with access to legal aid, police and justice services as well as health and social services, especially for women who are most marginalized.

Having more women in police forces and training them adequately is a crucial first step in ensuring that survivors begin to trust again and feel that their complaint is being taken seriously at every stage of what can be a complex process. Progress also requires that we successfully tackle the many institutional and structural barriers, patriarchal systems and negative stereotyping around gender that exist in security, police and judicial institutions, as they do in other institutions.

Those who use rape as a weapon know just how powerfully it traumatizes and how it suppresses voice and agency.  This is an intolerable cost to society. No further generations must struggle to cope with a legacy of violation.

We are Generation Equality and we will end rape!

Related News
05/08/2022
The catalogue of Moldovan women producers has been launched: "Buy Local, Natural, Sustainable products"
01/07/2022
Women from vulnerable groups benefited from support meant to increase their resilience during the multiple crises
27/05/2022
In the words of Tatiana Scutari: "Peacekeeping missions taught me to appreciate peace"
23/05/2022
Ana Afanasova: At iHUB I have a comfortable workplace, as well as lots of valuable communication with my co-workers
20/05/2022
Meet Yaroslav, a young Ukrainian refugee with disabilities who dreams of becoming a DJ
END_OF_DOCUMENT_TOKEN_TO_BE_REPLACED