On October 2, in the premises of the Municipal Library "B.P Hasdeu" was launched the Guide " Nonsexist language: conceptual benchmarks and practical recommendations ", developed by Loreta Handrabura, Alexandra Gherasim and Marin Butuc. The purpose of the event was to provide explanations of why the feminine and masculine forms are needed and can be used for different functions and professions.

The Guide comes with scientific explanations about the possibility and necessity of avoiding sexist language, as well as the use of feminine forms for professions. In addition, it presents feminine and masculine correspondents, according to three dictionaries, for functions and professions of the Classification of Occupations in the Republic of Moldova, the major groups 1-3. Besides, there are presented data and recommendations to avoid sexist discourse and gender discrimination. 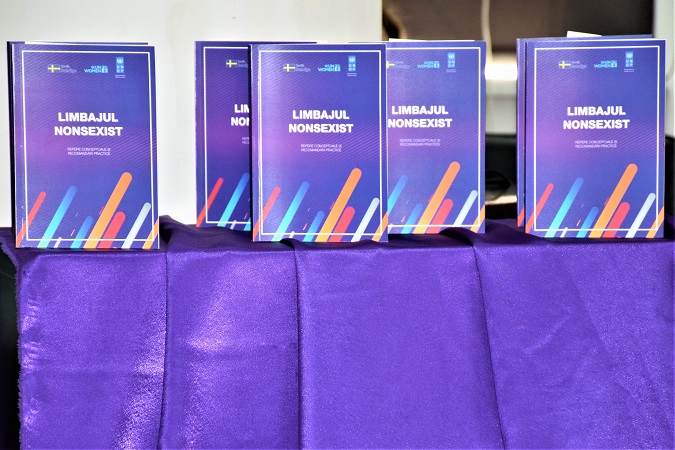 Historically, considering that women did not occupy certain functions, especially those in the field of decision making, the forms of feminine for them were not used. As well as the masculine forms are not used for other professions, which were historically performed only by women. The idea of developing this Guide comes from the need to demonstrate that in fact feminine and masculine forms for professions exist in dictionaries of the Romanian language.

Representatives of the Swedish Embassy, UN Women Moldova, UNDP Moldova, and the Ministry of Health, Labor and Social Protection opened the event with welcoming speeches. 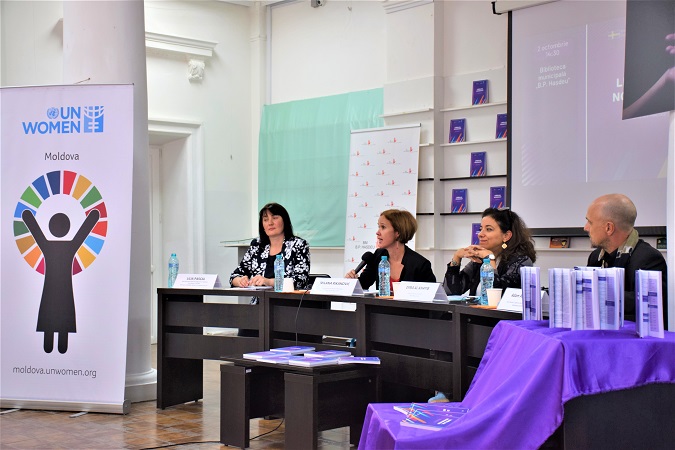 Ms. Milana RICANOVIC, Country Representative a.i. of UN Women noted in her welcome speech that “The way people express their opinions and thoughts influence the perception about the role of women and men. Practice shows that actually gender stereotypes live deeply in our mind. For example, when we talk about a nurse, we imagine a woman, when we talk about a firefighter, then we imagine a man. We want to use every opportunity to show that every person – men, women, boys and girls – everyone has the same opportunities and rights for pursuing their dreams.”

“Without gender equality and the full participation of women in society, economy and political life we wouldn’t be able to solve the key issues that we are facing at different levels. We are very happy to see this guide published and we are very hopeful that it will help to introduce important changes in the society, will open new doors for women as well as will encourage responsible parts to introduce feminine names for those professions which do not have those yet.” – stated Ms. Dima AL-KHATIB, Resident Representative of UNDP Moldova.

Mr. Adam AMBERG, head of Development Cooperation, Embassy of Sweden, emphasised the importance to adapt language in accordance with new realities and norms: “Unfortunately, language changes rapidly to be able to describe developments in technology, but where social attitudes are involved, the content and use of language change more slowly. Because of patriarchal norms who are deeply rooted in the people’s mind, women face on a daily basis much more discrimination due to their gender.”

Authors and reviewers of the Guide discussed how feminine and masculine forms are used for positions and professions and explained the importance of their use. 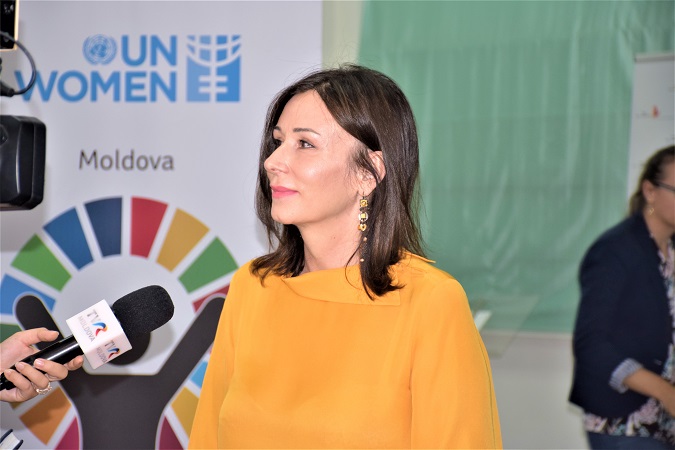 Loreta Handrabura, PhD in philology, expert in gender policies and one of the Guide’s authors. Credit: UN Women Moldova

"Our work represents a scientific advocacy for equal opportunities and non-discriminatory treatment through fair language regarding the gender that addresses both the academic environment and the general public interested in this topic. Language is like a living organism and it reflects socio-cultural and economic realities and especially relationships and linkages between individuals. ”- explained Ms. Loreta HANDRABURA, PhD in philology, expert in gender policies and one of the Guide’s authors.

Ms. Zinaida POPA, participant of the event, expressed her opinion on the matter of how important she considers the use of feminine forms for professions and the avoidance of sexist discourse: ”I opt for a non-sexist language at the level of stereotypes and social beliefs related to women. I found this event very useful and informative. I think it would be great to get used to and start using the feminine form for my profession as well - I am a psychologist. As has been said today, the use forms the norm and we, the ones who speak, dictate certain norms."

The Guide can be downloaded by accessing the link: https://moldova.unwomen.org/ro/biblioteca-digitala/publicatii/2018/12/limbajul-nonsexist

Related News
20/01/2023
Women’s organisations in Moldova receive funding to respond to the humanitarian crisis
19/10/2022
Tech Women Summit, the platform dedicated to women of any age who work in IT or want to pursue IT careers
29/09/2022
The local socio-economic inclusion mechanism of women survivors of domestic violence was created, tested and piloted in Cahul and Ungheni
06/04/2022
Svetlana Patras, a referee and trainer: “True football means passion, movement and, of course, team spirit”
30/03/2022
gender sensitive budgets
END_OF_DOCUMENT_TOKEN_TO_BE_REPLACED