The United Nations Organization and the Embassy of Sweden in Moldova, in partnership with the Government and Parliament of the Republic of Moldova, have organised on November 24 a classical music concert to launch the global Campaign “16 days of activism against gender-based violence”. 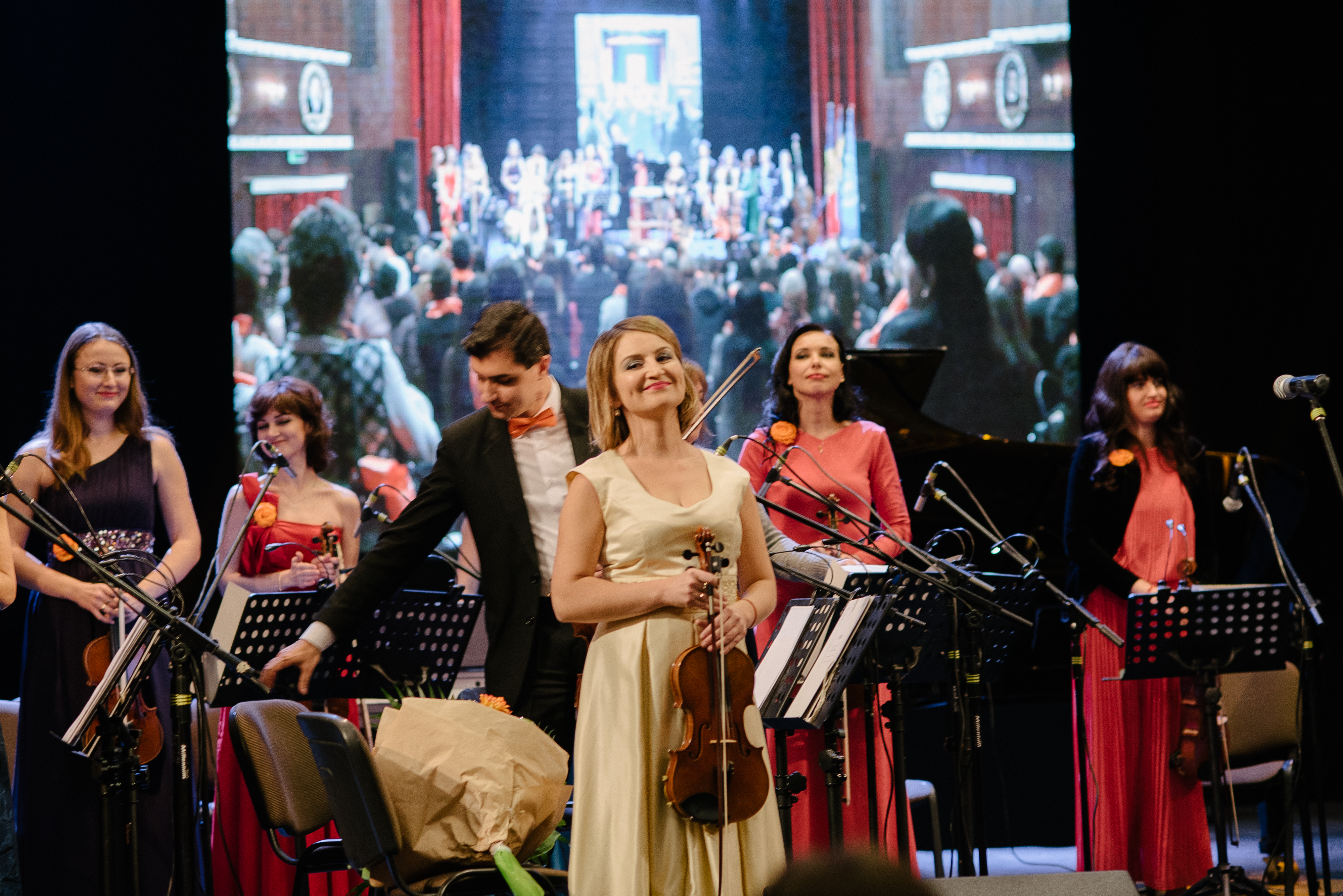 The society from Moldova expressed its solidarity with the women that suffer of violence. Photo: UN Women/ Ramin Mazur

Through this solidarity concert, 500 representatives of the Government, Parliament, civil society organizations, as well as development partners and mass-media expressed their solidarity with the women and girls from Moldova, that are threatened, suffer or suffered of violence throughout their lives.

Dafina Gercheva, UN Resident Coordinator and UNDP Resident Representative in Moldova, noted: “For many years, the United Nations Organization in Moldova, in partnership with the Moldovan authorities, civil society and development partners, have been working hard to raise public awareness, break the silence and break this vicious circle of violence against women and girls. We remain firmly committed to continuing the same course in the years to come.”

In the Republic of Moldova, two out of three women experienced at least one form of domestic violence or violence on behalf of their partner throughout their lives. Thus, the classical music concert of the Symphony Orchestra of the National Philharmonic “Serghei Lunchevici”, led by the artistic director and prime conductor Mihail Agafita, brought to the attention of the general public, authorities and development partners the consequences of violence against women and girls in the Republic of Moldova.

Signe Burgstaller, the ambassador of Sweden in Moldova, mentioned: “Violence against women and girls is a human rights issue – the right to a life free from violence is fundamental for all human beings. For the Government of Sweden, the pursuit of gender equality and women’s rights is a priority issue, both at home and internationally. And in Moldova, Sweden is fully supporting the efforts of the Government, the Parliament and civil society in their important work to enhance women’s rights and end the violence against women and girls.”The event highlighted the need for joint efforts of all members of the society to break the circle of violence.

Iurie Leanca, deputy speaker of the Parliament of the Republic of Moldova, outlined: “Our task is to put the normative framework and government programs in motion, to make them work to the benefit of our community, to encourage women to denounce and no longer tolerate any kind of aggression. Let us not tolerate financial, vocational, or even more seriously, physical violence, be it against women or men. A strong society is created by joining efforts of both women and men.”

Stela Grigoras, the Minister of Health, Labor and Social Protection, pointed out: “Active organization and engagement of institutions and partner-organizations of the Ministry of Health, Labor and Social Protection in this campaign are seen as a joint platform for efforts undertaken to stop this phenomenon and it represents actually the strong voice that calls for change of behavior, attitudes and concrete actions to fight for peace, security and prosperity.”

More, in partnership with the National Coalition “Life without Domestic Violence”, an online fund-raising campaign for a survivor of violence and sexual abuse was launched at the concert. For 16 days, between 25 November – 10 December, people from R. Moldova, as well as from abroad, can make a donation on the online platform Guvern24, so that the woman can secure a home for her children.Also in solidarity with the women and girls from Moldova who are threatened, suffer or suffered of violence, the National Philharmonic “Serghei Lunchevici” was illuminated in orange, this colour symbolizing a bright, optimistic future and a life without violence.

During the 16 days of activism, UN Moldova will organize several forums, high level public dialogues, public awareness campaigns, discussion clubs and theatre performances that will take place all over the country and that are coming to raise public awareness about violence against women and girls.

Related News
24/01/2023
Promoting healthy family dynamics in Moldova through education
10/12/2022
Push forward: 10 ways to end violence against women
01/12/2022
Dialogue held on access to justice for women survivors of gender-based violence
18/04/2022
Artemida Drochia
10/12/2021
Art therapy: 5 pieces of art made by survivors of domestic violence, exhibited at the Parliament of the Republic of Moldova
END_OF_DOCUMENT_TOKEN_TO_BE_REPLACED