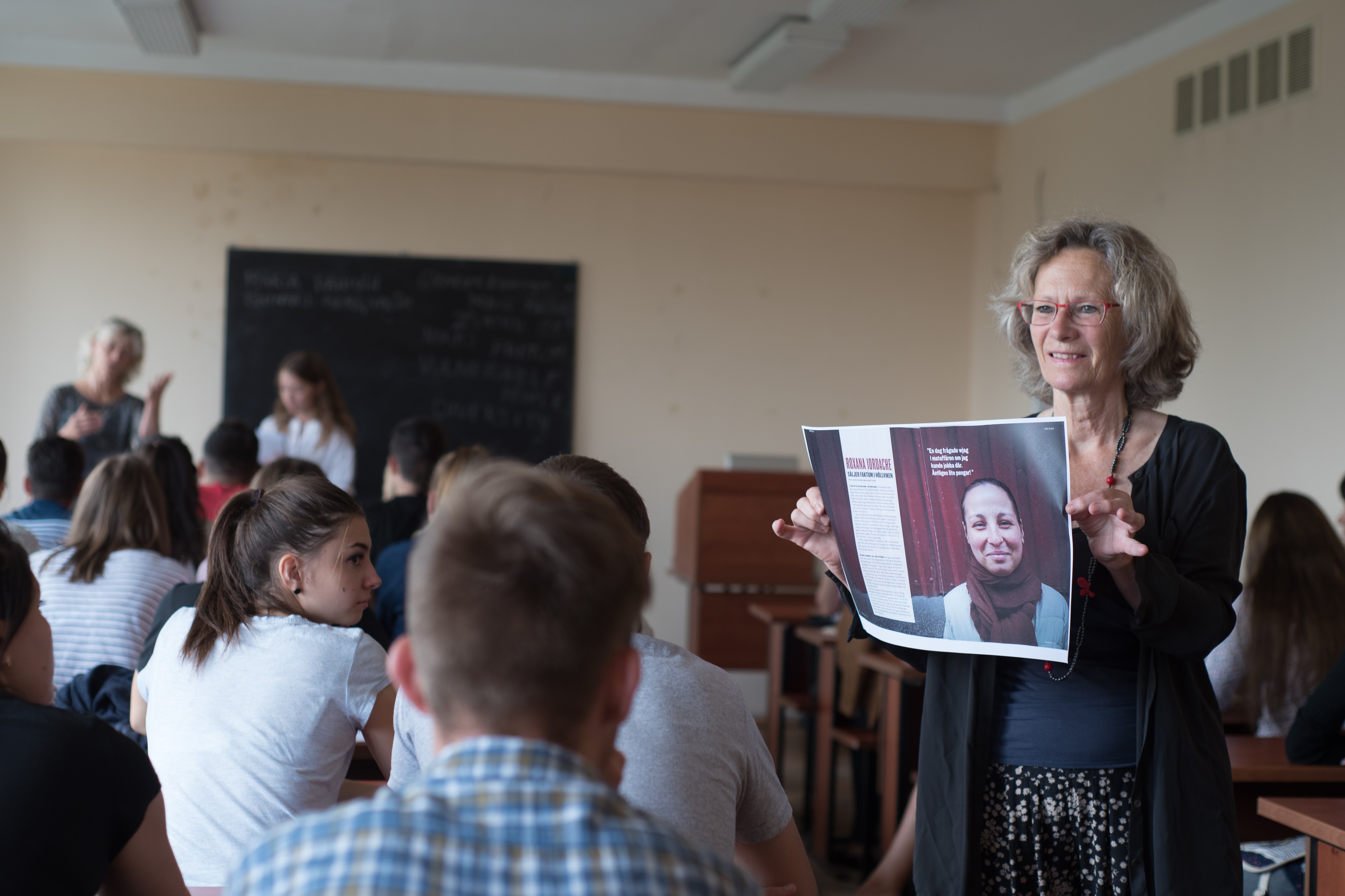 Lively sessions were held at the Faculty of Journalism and Communication Sciences of the State University of Moldova. Photo: UN Programme “Women in politics”/ Ramin Mazur

Swedish journalists share their experience in promoting gender equality in communications and journalism with local media, students and press officers in Moldova.

During a wide-ranging three-day visit to Moldova’s capital, Chisinau, Swedish journalists discussed with over 150 local journalists, students and government communications officers how to apply Sweden's experience in promoting gender equality in journalism, communications and photography.

Titled Making the change: Sweden's experience in promoting gender equality in media, communications and photography, their visit was organized by the Association of Independent Press (API) and the UN Women-UNDP Women in Politics (WiP) Programme, funded by the Government of Sweden, which works to increase women’s participation in politics and decision-making and supports media capacity development in Moldova.

Across Moldova, women's representation in politics and decision-making is below international benchmarks. While Moldova has made international and national commitments to promote gender equality and the empowerment of women, persistent patriarchal attitudes and gender stereotypes limit women’s educational choices and employment and entrepreneurship options.

On the first day, the Swedish journalists Gunnel Bergström and Maria Dahmen and photojournalist Åsa Sjöström joined 30 Moldovan journalists to discuss sexism and gender inequalities in the media. Speakers stressed the importance of women’s representation in media, particularly in politics and other areas where they are less visible.

"The language we use and the messages we send affect how we think. Editors, journalists and photographers can play a crucial role in changing gender stereotypes and promoting gender equality,” said Asya Varbanova, Acting Head of UN Women Moldova.

A media self-assessment, carried out by UN Women between June 2015 and September 2016 with the participation of 30 media institutions in Moldova, showed that in approximately half of the published articles, the protagonists are men, and the share of women is 2.5 times smaller.

"Women can and must have a better-defined role in our society, and this can be achieved with media participation," said Ilie Bujor, editor-in-chief of local newspaper “Gazeta Satelor”.

The next day, lively sessions were held at the Faculty of Journalism and Communication Sciences of the State University of Moldova (USM), the School of Advanced Studies in Journalism and the Academy of Music, Theater and Fine Arts.

Some students noted that while much gender equality work remained to be done, they felt a change in social attitudes.

"Women can and should have careers in areas once only for men – and vice versa. Now, with changes in our society and mentality, women feel more free to choose the profession they want, and men to take paternity leave," said student Ștefan Tomuz.

"Give voice and visibility to women in your quotes and photos. Develop lists of women experts in different fields – we rarely see women quoted as experts. Avoid quoting the same male experts each time. Present women in male dominated areas. Avoid stereotypes. Highlight areas where women appear as experts, directors, managers. This is one way to change our way of thinking," advised Swedish journalist Maria Dahmén.