“Equality through the lens of a camera” exhibition opened in Cahul

A photo exhibition has been launched in Cahul, gathering the works of the 13 participants in the boot camp “Equality through the lens of a camera”, where they learned how to become gender equality and human rights advocates in the society, using photography for this purpose, while also giving them the opportunity to try out and master portrait shooting, storytelling photography and photo exhibitions. 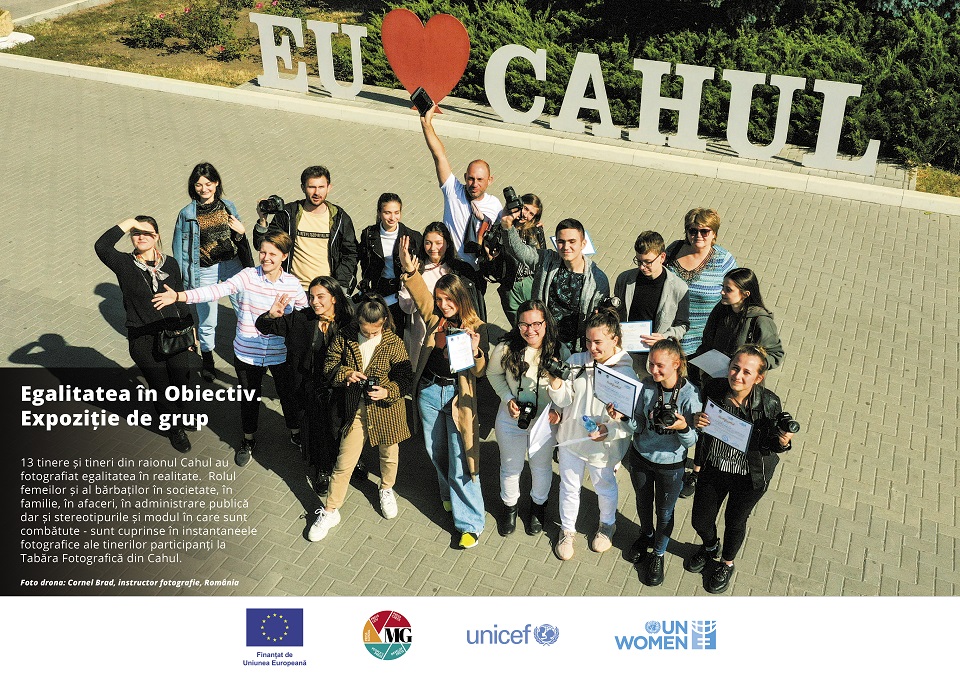 During a year marked by COVID-19, the participants presented their own vision of gender equality in order to raise public awareness on this issue. They visited different communities from Cahul municipality and searched for protagonists to create their own essays and stories.

The event took place in the square of “Bogdan Petriceicu Hașdeu” State University as part of the 16 Days of Activism against Gender-Based Violence campaign. Present at the event, Jānis Mažeiks, Ambassador of the European Union in the Republic of Moldova, said: “One can see that you don’t need to be persuaded of the severity of violence against women or gender inequality. I think that at this exhibition, equality can be seen at two levels: one — level of thinking. You have to think about equality to be able to notice that it is missing. And the other level is to do something about equality because one cannot ensure equality only by thinking about it. Young people are agents of change. You are the ones to tell to politicians and your peers what works, and what does not.” 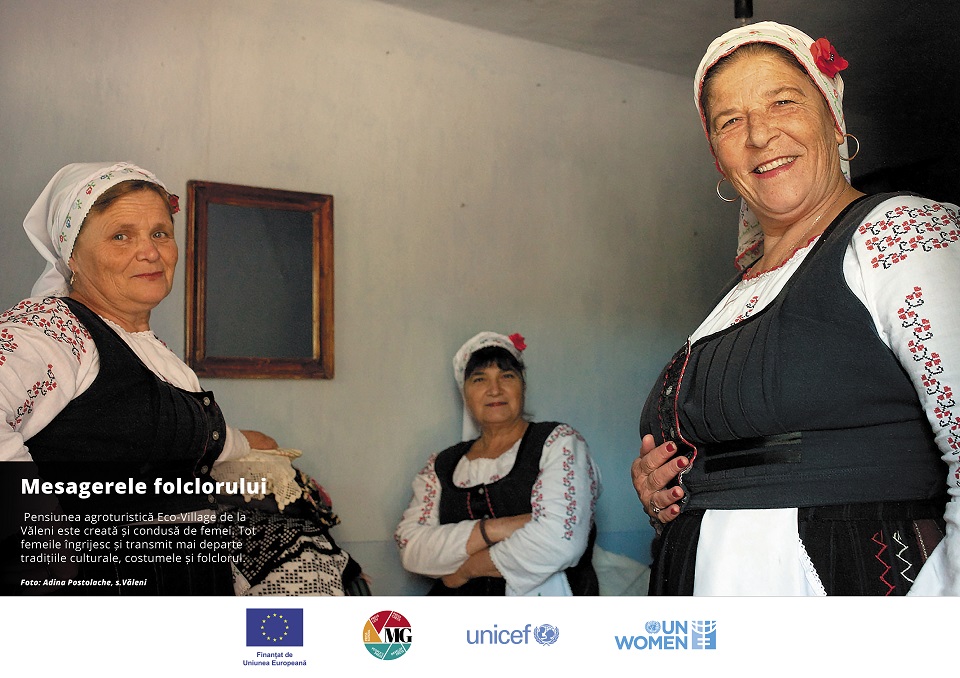 Doroteea-Liubovi Pavel, student at Ioan-Vodă Theoretical High School of Cahul spoke about her experience and told what impressed her during the photo camp:  “While we were taking pictures of her, Mrs Alexandra Piscunov was sharing her experience as a Mayor of Vadul lui Isac. She spoke about her daily activities, reforms she was implementing and, frankly speaking, I am impressed to see the daily progress. I was impressed by the people who were inspired by Mrs Piscunov, people who wanted to change their community. While taking pictures of her, we captured both visual elements, and her words.” 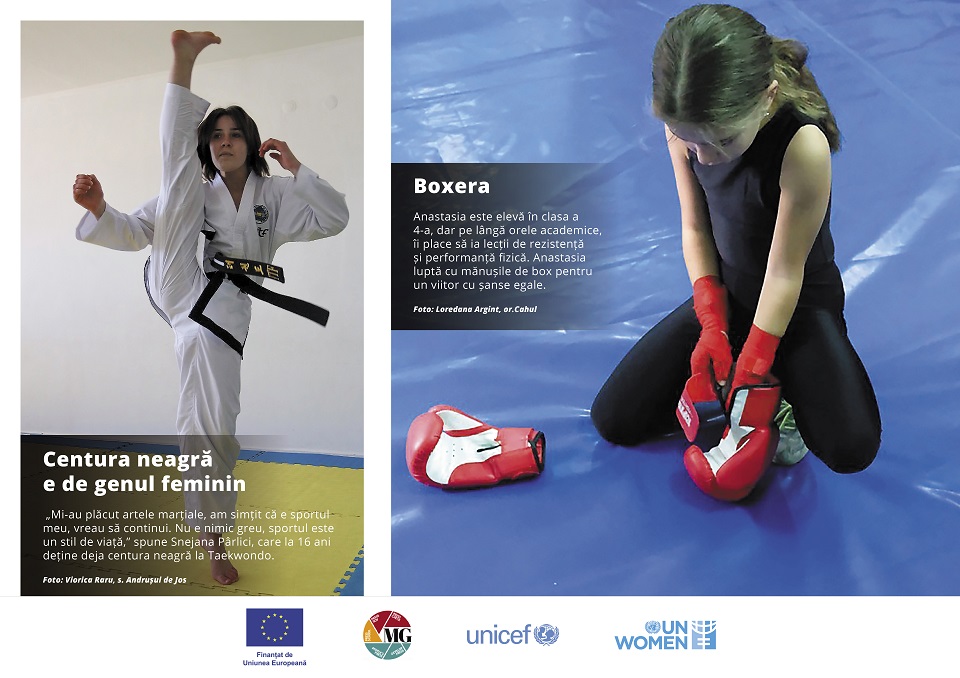 Gabriel Buyuklyu, student, Vasile Alecsandri Theoretical High School of Colibași village, spoke about the importance of young people to fight inequalities in the society. “In my photo, you can see Mrs Tatiana, a bus driver, who is managing a business and, while transporting passengers, she is also transporting goods for sale. Via this photo we wanted to dismantle the stereotype that women cannot drive and to show that women can do anything they want.” 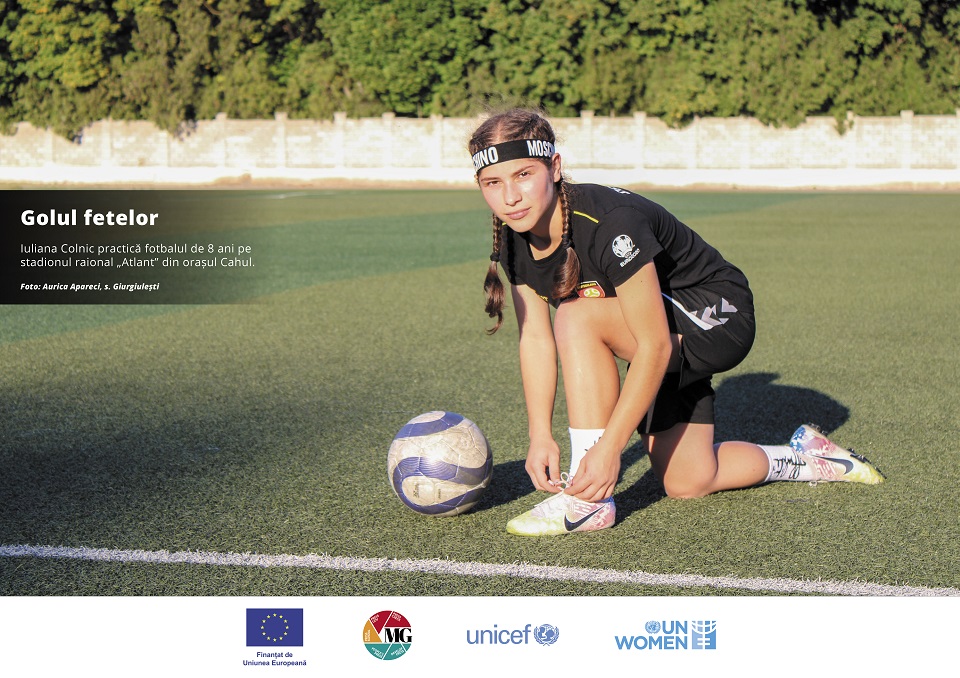 Dominka Stojanovska, UN Women Moldova Country Representative, said that she was impressed and touched by the photos displayed at exhibition “Equality Through the Lens of a Camera”: ‘We can overcome the predetermined roles and stereotypes. Visual representations displayed here prove that you managed to overcome what you’ve been taughtin your childhood. This exhibition is a proof of the contrary. We have to end the phenomenon of being predetermined, which is harmful not only for you but also for the entire society and the State at large.”

UNICEF Moldova Country Representative, Maha Damaj, liked the way participants decided to bring to light the problem of gender inequality: “When there are such activities with such results, you bring to light what you see but we fail to notice. You do this in a simple, artistic and very efficient manner.”

The participants who took photographs at “Equality Through the Lens of a Camera” camp in Cahul have previously exhibited their works at individual exhibitions in their communities.

The event can be accessed here:

This material has been prepared as part of the EVA project “Strengthened Gender Action in Cahul and Ungheni districts”, funded by European Union and implemented by UN Women in partnership with UNICEF Moldova. The views and opinions expressed herein do not necessarily reflect the views of UN Women, UNICEF or European Union.