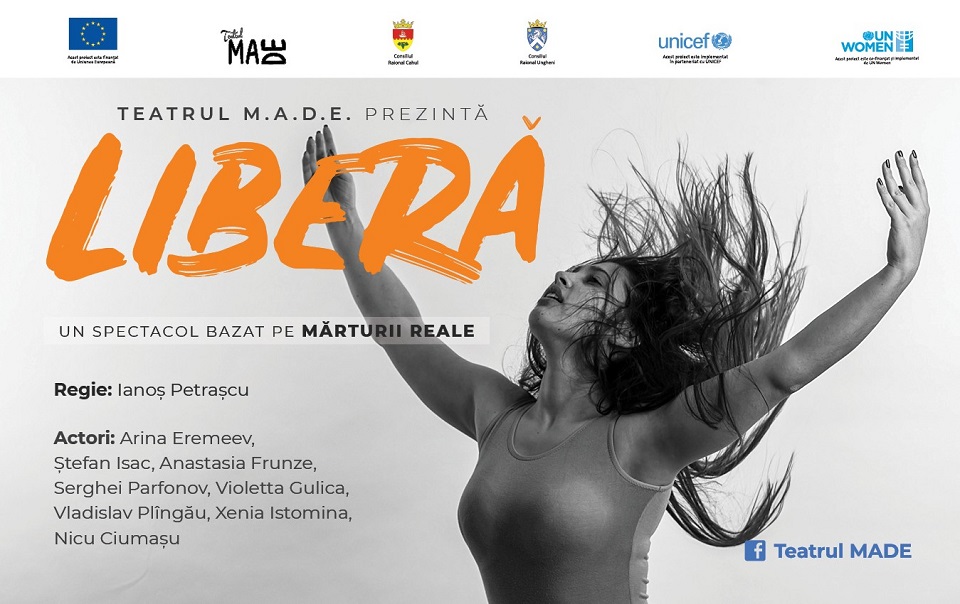 “LIBERĂ” is a documentary play about gender stereotypes and prejudices and addresses the issue of violence against women and its repercussions on the future generation. It’s a play about patterns, written and unwritten laws of life. It is the story of a teenage girl, who faces gender stereotypes and her tumultuous path towards achieving her dream. In this artistic production, M.A.D.E. Theater uses innovative moments in the art of contemporary play in the Republic of Moldova by inserting interactive tools and decorations, as well as video projections. The theatre production has an educational approach and invites the public to think about the responsibility of parents in the educational process and about personal responsibility that we assume in any relationship, be it friendship, family or love relationship.

“Domestic violence and violence against women are one of the most serious forms of human rights violation and with the help of the documentary play “LIBERĂ”, we intend to raise public awareness about this problem and to encourage reporting of violence. “LIBERĂ” makes us understand how important it is to act at the appropriate moment and how our engagement can change for better the society we live in”, said Polina Panainte, EVA Project Manager.

“The decision to stage this play came from the need to speak about violence against women, to raise public awareness of this problem, and to inspire women to speak up. One of three women in Moldova is a victim of at least one form of violence, one of two children is hit and we do nothing about it. Violence is a disease of the contemporary society. What can we do? We can change the attitude towards each other, we can be better and children will follow our example”, says the theatre director, Ianos Petrascu.

After each performance, a gender expert moderates a free discussion about the topic of the play. The access to the event is free, within the limit of the places available according to the NEPHC decision (no more than 50 people). The cast includes Arina Eremeev, Stefan Isac, Anastasia Frunze, Serghei Parfonov, Violetta Gulica, Vladislav Plingau, Xenia Istomina, Nicu Ciumasu. 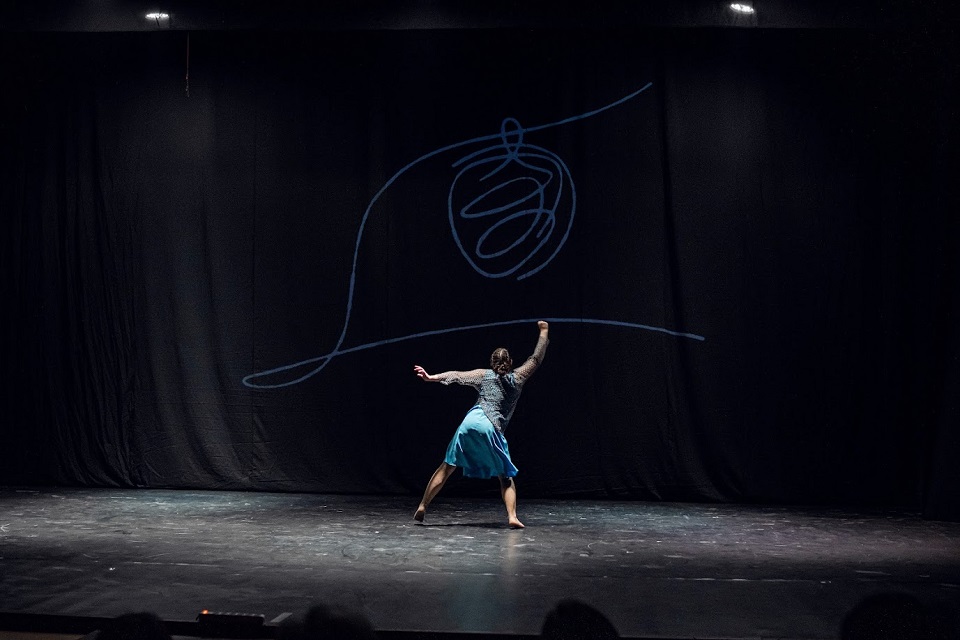 About EVA project: In 2020, the United Nations Entity for Gender Equality and the Empowerment of Women (UN Women) Moldova, in partnership with United Nations Children's Fund (UNICEF), began implementing the EVA project – Strengthened Gender Action in Cahul and Ungheni districts, funded by the European Union. The project has two major objectives: promoting gender equality and women’s empowerment by mainstreaming gender in local public policies and by combating domestic violence against women and children. The EVA Project is to be implemented in 24 settlements across Cahul and Ungheni districts until December 2022.

About M.A.D.E Theatre: M.A.D.E. theatre means: Movement, Art, Dance and Emotion. The founders of the Theatre gave up on the classic verbal expression and approached a new and revolutionary style for the Republic of Moldova, which involves movement, dance and body expression. The main tool is the body of the actor, which can convey messages and states beyond language and age. This approach removes the language barriers and makes art more accessible, by emphasizing the essence of the message that it wants to convey. This press release is launched as part of the EVA project “Strengthened Gender Action in Cahul and Ungheni districts”, funded by the European Union and implemented by UN Women in partnership with UNICEF. Its content is entirely the responsibility of the author and does not necessarily reflect the opinion of the European Union.

Related News
01/07/2022
Women from vulnerable groups benefited from support meant to increase their resilience during the multiple crises
27/05/2022
In the words of Tatiana Scutari: "Peacekeeping missions taught me to appreciate peace"
23/05/2022
Ana Afanasova: At iHUB I have a comfortable workplace, as well as lots of valuable communication with my co-workers
20/05/2022
Meet Yaroslav, a young Ukrainian refugee with disabilities who dreams of becoming a DJ
13/05/2022
Over 3850 women from vulnerable groups will receive food and essential supplies
END_OF_DOCUMENT_TOKEN_TO_BE_REPLACED