Elena Crasmari: How a Moldovan woman with disabilities fought for her rights and won an election

Elena Crasmari is a woman with disabilities who ran and won a local counselor seat in her home village in rural Moldova. Motivated by a lack of access to her village medical centre, she decided to run for office so she could make the changes so desperately needed in her village. 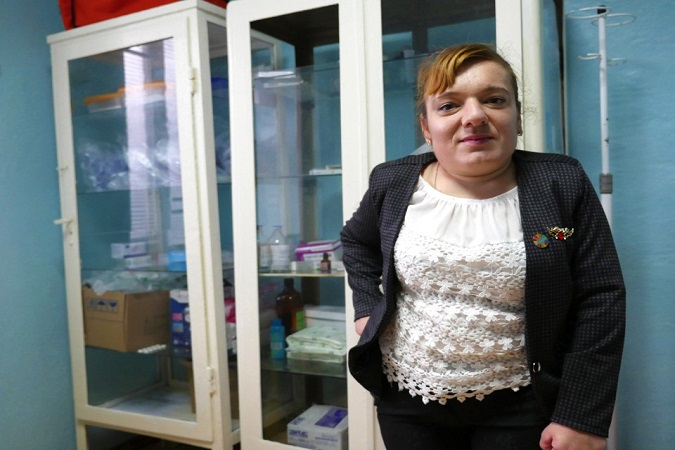 Thirty-five-year-old Elena Crasmari was fed up with not being able to access the medical centre in her home village of Dolna, a rural community of 1,155 people, some 53 kilometres from the Republic of Moldova’s capital city of Chisinau.

She couldn’t take the stairs, and had to get on her hands and knees to enter the building, because of her disability.

“I went to the town hall to ask them to help me do something about the stairs of the medical facility,” Elena recalls. “The mayor handed me a bag of cement and some sand and told me I had to do it myself. After this, I decided to run for office to show him that this wasn’t acceptable and that I was a person with full rights, just like him.”

Elena proceeded to take things into her own hands – running for local counselor as an independent candidate. “I wanted to make the first step in proving that people with disabilities have a chance, to help those who are spending most of their lives trapped between four walls at home,” Elena says. “People need to know that we have equal rights, not only in theory but also in practice.”

“People need to know that we have equal rights, not only in theory but also in practice.” Elena Crasmari 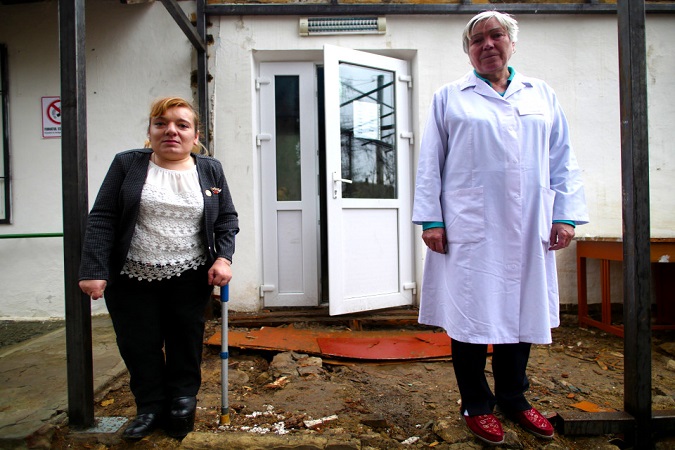 Women are under-represented in Moldovan politics and decision-making: only 25 per cent of parliamentarians, 22 per cent of mayors and 27 per cent of district councilors are female-percentages that don’t meet international benchmarks or the country’s national and international commitments.

There have been multiple studies on women’s political participation in the Republic of Moldova proving that there are enough skilled, experienced and willing women to participate in political decision-making, but party policies and on-going societal stereotypes don't allow them to succeed.

And women with disabilities are under-represented even more so in the Moldovan political sphere.

With the help of training on women’s political participation and civic engagement implemented by UN Women and its partners, Elena was able to gain the confidence and gather the skills she needed to run for office. She started her grassroots campaign to run for local councilor, but first, she needed to collect signatures from at least five per cent of registered voters in the community since she was an independent candidate. She gathered all of the necessary signatures in just two days.

“The residents of my village were so willing to help me, and I couldn’t believe that I was able to gather sixty signatures so quickly,” Elena remembers. “And I was only able to do it in the afternoon or at night, because in the morning I was attending training!”

Elena also found allies in women’s organizations and mentors who helped her on her journey. “I am very thankful to women who help other women develop themselves. Sometimes it is enough to just take a woman by the hand and help her begin her journey.”

Sometimes it is enough to just take a woman by the hand and help her begin her journey.” Elena Crasmari

Elena has so many reasons to feel proud. “During my campaign, I gave a public speech at an assembly,” she says. “The citizens of my village were not interested in what I had studied at university, or what I had done in the past. What mattered to them was what I would achieve in the future. And after my speech, they gave me a standing ovation! I was not expecting that!” 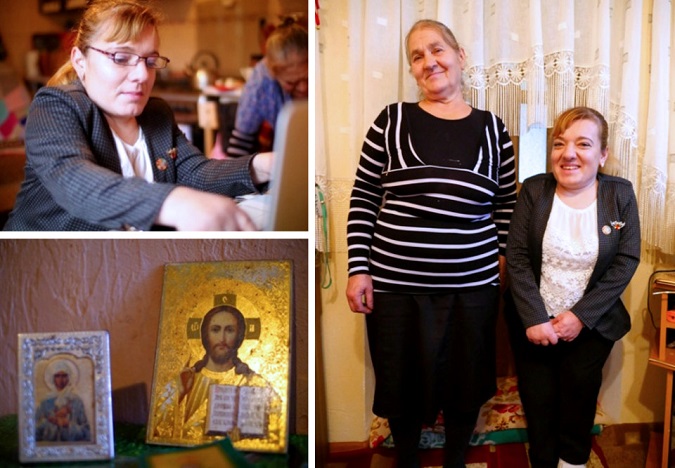 Clockwise from left: Elena Crasmari did much of her research and campaigning with an old computer at her Dolna Village home; With her mother, a big supporter of Elena’s dreams; An Orthodox icon of Jesus sits on her desk. Photo: UN Women/ Tara Milutis

The thrill of victory

Elena’s campaign wasn’t without its challenges, and she experienced discrimination during the election process, including the false belief that those with special needs are useless to society. “But I decided to challenge this with the support of some wonderful people around me,” Elena says proudly. “I did things in a peaceful way, ignored the negativity and went for my goal.”

On the night of the election, Elena couldn’t sleep a wink. In the morning when she discovered that she had won, it was one of the proudest moments of her life. She had begun her journey fighting for the basic human right to be able to access the local medical centre, and ended up as a local councilor—and the only woman on a nine-person team.

We asked Elena about her plans for the future? Firs, she wants to start the badly-needed renovation of the village medical centre that was the catalyst for her campaign. She wants to install a fully-equipped pharmacy which meets the needs of all members of her community.

“I also hope that I’ll be able to make all the state institutions – including our museum, the kindergarten and the town hall – accessible to people with disabilities,” Elena says, “and to mothers with small children and senior citizens who come and pick up their pensions.” 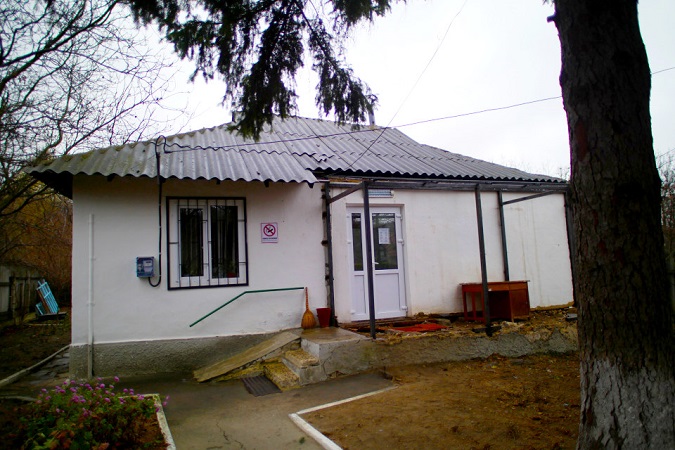 Elena also dreams of basic things that we may take for granted, like an aqueduct, so she can have a clean glass of water on her table every day; proper roads; a sewage system, waste recycling; and more employment opportunities.

“I want to give those who have left the village because of its hardships and lack of opportunity a reason to come back.”

The reality of the time constraints of a four-year term makes Elena wonder if she can fulfill the big dreams that she has for Doina Village. “The issues we’re facing cannot be solved with magic, but we will do our best. I love my community, and I am committed to making the changes needed to help it grow.”

Dear women, be strong! Get involved in everything you can in this short life that we have. Be active and united. Together we can make a change!” Elena Crasmari

Elena ends with a message to girls and women with disabilities in the Republic of Moldova and throughout the world.