Political Clubs of Women 50/50: "Women from Moldova can and must take power"

After almost three years of activity, more than 100 women, members of the seven political clubs from all over the country - Briceni, Cahul, Cimislia, Orhei, Soroca, Straseni, Teleneşti - drew a line and reviewed the main achievements of the clubs. 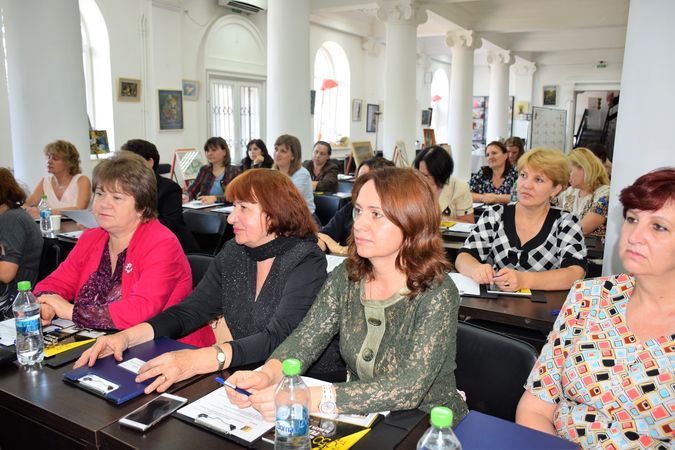 More than 100 women, members of the seven political clubs from all over the country, reviewed the main achievements of the clubs. Photo: UN Women Moldova/ Victoria Puiu

Women's Political Clubs 50/50 (WPC) are not affiliated politically and aim at promoting gender equality in the Republic of Moldova by encouraging the participation of women in the decision-making, political, and public life. Their work in the past three years has been supported by the UN Programme “Women in Politics”.

"During electoral campaigns, we do not support any political party. We support women, regardless of the political affiliation, to show the parties and the electoral councils that we can act together for certain causes. We, at the Club follow the slogan - "No one is born politician, but if you want, then you can become, and a good one." And that's because, although we are in 2017 and new leaders come, they come, unfortunately, with the same stereotypes," pointed out Catinca Mardarovici, director of Women's Political Clubs 50/50.

Women from the political clubs, who come from different professional backgrounds, have identified solutions to a range of issues faced by women in rural areas: domestic violence, child abandonment, women's health in rural communities, such as early detection of cancer, unemployment and its consequences, migration, and others.

"The Women's Political Clubs activity in Telenesti gives me the hope that we will succeed in fighting the desperation that it is across Moldova, where women no longer believe in positive changes. Women can and must take power. More than half of Moldova's population is formed of competent and responsible women. But today, only one in two women is officially employed, women have the lowest salaries and have lower pensions in comparison with men," said Eugenia Rosca, leader of WPC from Teleneşti and local councilor in Ineşti village.

Another goal of the clubs is to promote the gender dimension in the local communities. In this respect, the members of the political clubs have sensitized the local public administrations (LPAs) on topics such as gender sensitive budget, gender audit in LPA, and others.

The seven local Political Clubs of Women 50/50 were established and supported by “Women in Politics” UN Programme, which implemented by United Nations Entity for Gender Equality and the Empowerment of Women (UN Women) and United Nations Development Programme (UNDP), in partnership with East Europe Foundation and “Partnership for Development” Center, financially supported by the Government of Sweden.

Related News
20/01/2023
Women’s organisations in Moldova receive funding to respond to the humanitarian crisis
19/10/2022
Tech Women Summit, the platform dedicated to women of any age who work in IT or want to pursue IT careers
29/09/2022
The local socio-economic inclusion mechanism of women survivors of domestic violence was created, tested and piloted in Cahul and Ungheni
06/04/2022
Svetlana Patras, a referee and trainer: “True football means passion, movement and, of course, team spirit”
30/03/2022
gender sensitive budgets
END_OF_DOCUMENT_TOKEN_TO_BE_REPLACED