The first integrated specialised service of the Republic of Moldova for victims of sexual violence will be set up in Ungheni. It will be established with the support of Ungheni District Council as part of the EVA project ‘Strengthened Gender Action in Cahul and Ungheni districts’, funded by the European Union and implemented by UN Women in partnership with UNICEF. 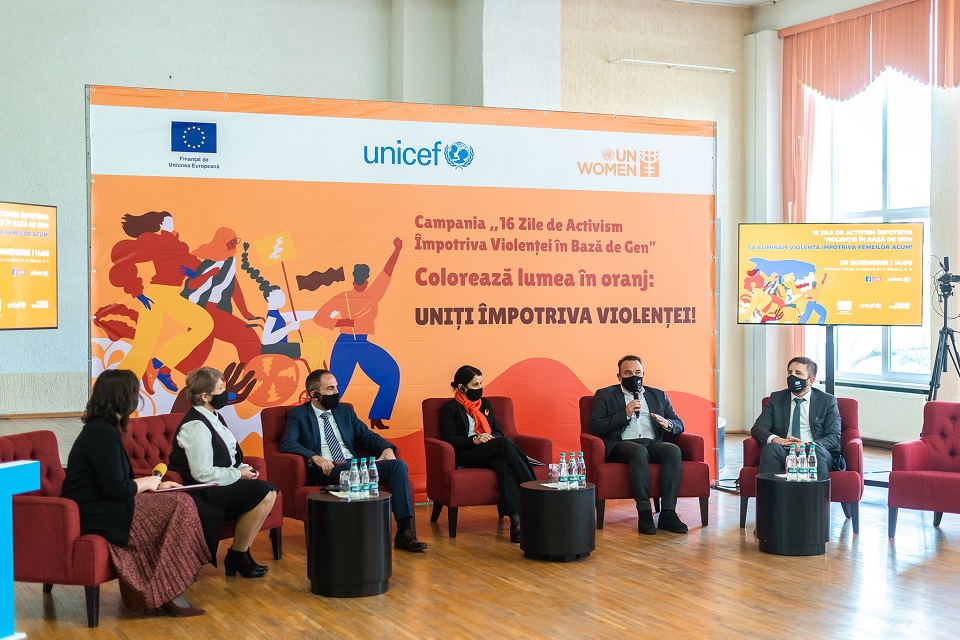 Men and Gender Equality in the Republic of Moldova survey conducted by Women's Law Centre revealed that in the Republic of Moldova, 42.2% of men and 21.6% of women believe that if a woman is raped, it means she did something in order to get into such a situation. At the national level, in 2020 the helpline for women received 105 calls, of which 48 related to sexual violence. Victims of sexual violence are women and girls, of different ages - from as young as 5 years old to 82 years old.

At national level, including district level, there is a lack of specialised services meant to assist and support victims of sexual life crimes. For instance, in Ungheni, healthcare services are provided to sexual violence victims by the staff of the district hospital.

Respectively, the response to sexual violence cases is fragmented, there is a poor inter-sectoral cooperation of professionals from the fields of law, justice, forensic medicine, and social assistance. Also, there is a lack of clear operating procedures that would regulate the sexual violence case management both at sectoral and inter-sectoral level, especially in relation to adult victims.

The COVID-19 pandemic affected disproportionately the women who are subjected to abuse and this was confirmed by Vasile Burlacu, head of Public Security Unit of Ungheni Police Inspectorate during the 16 Days of Activism against Gender-Based Violence Campaign: ‘While at the beginning cases of abuse against women and girls were not reported, nowadays, when there’s more and more discussion about domestic violence, the victim knows what to do and where to go. This is the reason why statistics show an increase in the number of violence cases.’

Thus, the community centres specialised in assisting sexual violence victims are needed, so that all services that a victim may require would be located ‘under the same roof’, focused on the trauma. Such a centre must be a safe place, where forensic evidence can be sampled during one consultation only; where the woman can be consulted by a gynaecologist, where she can benefit from psychological counselling. It should be one and the same place, where she can report the abuse and get a recommendation for a lawyer who would protect her interests, etc.

Nowadays, both at national and regional level there is no standard operating protocol or procedure on what, for example, police should do with victims of such a crime. In Ungheni the victims should go first to the admission room of the Emergency Department in case if they need emergency healthcare.

Leadership of the district supports, with confidence and responsibility, the establishment of this specialised service, which will include doctors, nurses, and psychologists.

Tudor Rădeanu, head of Social Assistance and Family Protection Department from Ungheni, welcomed the idea of creating such a service: ‘This centre is perfectly suitable, also because the Republic of Moldova ratified the Istanbul Convention, which is related to protecting women’s rights in case of sexual abuse. We welcome this idea, and we are ready to help, so that this service would be successfully implemented in Ungheni district.’

At the same time, Tatiana Lazăr, deputy-president of Ungheni district, mentioned that once such a service is created, sexual violence cases would be reported and authorities would intervene more efficiently in reducing this phenomenon: ‘If this specialised service is created in Ungheni, cases will be reported and there will be greater opening for the local authorities.’

This specialised service will be created under the healthcare facility of Ungheni district. The service will be staffed with doctors, nurses and psychologists. Services will be provided to sexual violence victims in a confidential manner.

This material was produced as part of the EVA project ‘Strengthened Gender Action in Cahul and Ungheni districts’, funded by the European Union and implemented by UN Women in partnership with UNICEF Moldova. The views and opinions expressed herein do not necessarily reflect the views of UN Women, UNICEF or European Union.