Men’s role in ending violence against women and girls

2021 was a difficult and demanding year. The COVID-19 Pandemic was and still is a crucial factor in disrupting everyone’s lives, but with a disproportionate impact on women and girls. The rise of cases of domestic violence that they have faced due to lockdowns all over the world, tell us a story of an ongoing discrimination and overlooking of their condition and struggles. We need, thus, urgent actions.

One of them, is making visible the issues that slightly more than half of the planet’s population is facing every day. Thus, annually, we are coming together globally, to raise awareness and show support in combatting the phenomenon of violence against women and girls and the systemic discrimination that they face daily. 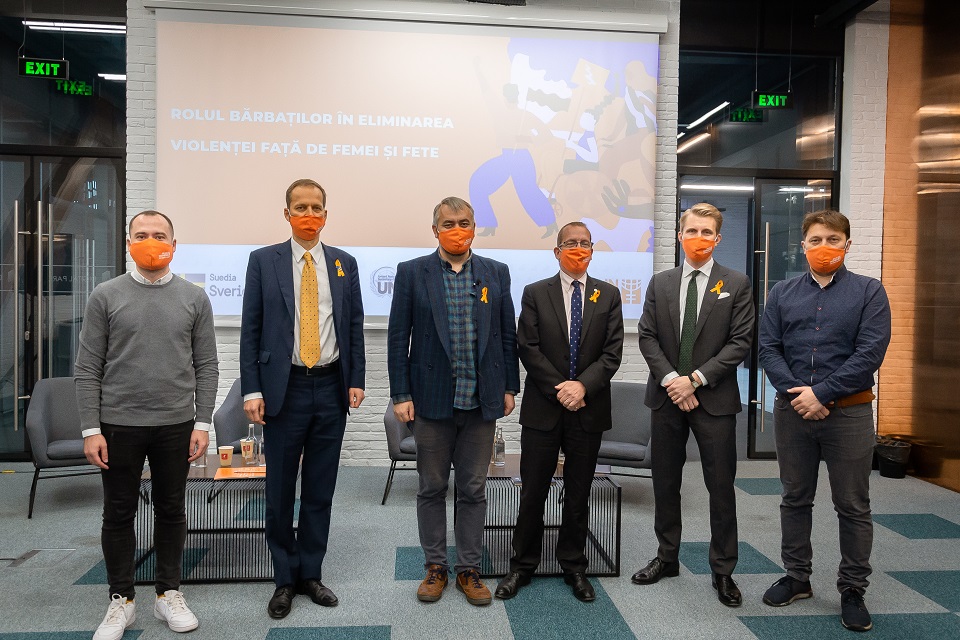 This year, within the campaign, UN Women advocates for eliminating violence against women now! Engaging men is a prerequisite for advancing gender equality but also an opportunity of having a crucial role in ending violence against women. There is a need for a cooperation and joined effort, to eliminate not just decades, but centuries of patriarchal thinking, which affects both men and women. 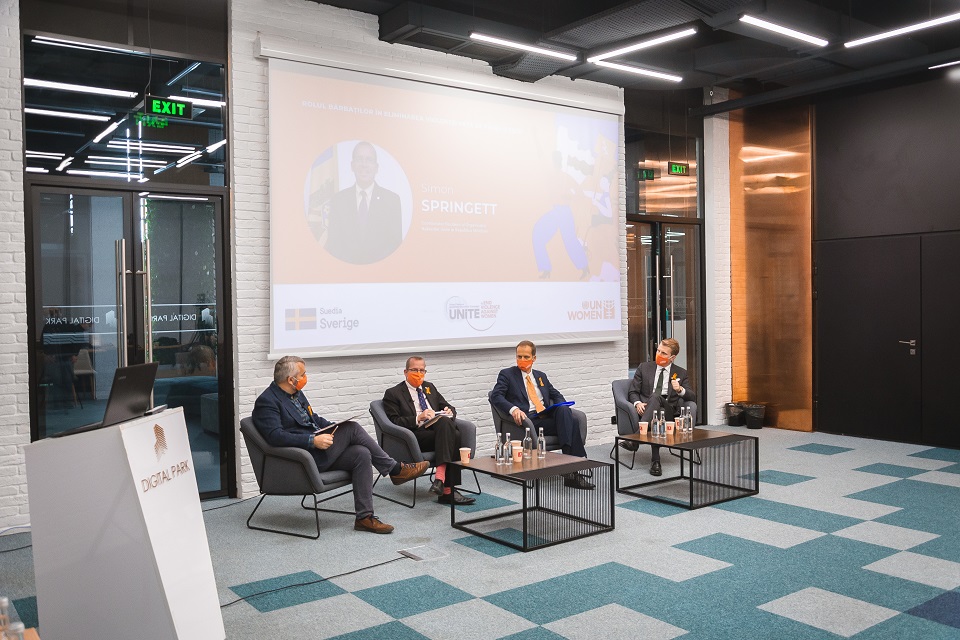 In this context, within “16 Days of Activism Against Gender-Based Violence” campaign, UN Women Moldova has organized the event “Men’s role in ending violence against women and girls” to urge and inspire all men to take a stand and end violence against women. The participants of the first panel were: Simon Springett, the UN Resident Coordinator; Erik Wirkensjö, First Secretary at the Embassy of Sweden in Chisinau and Janis Mazeiks, the Ambassador of the EU Delegation to the Republic of Moldova. The first panel was moderated by Vitalie Sprinceana, sociologist, blogger, civic activist.

Simon Springett, the Resident Coordinator of United Nations in the Republic of Moldova, mentioned: “I think more and more people come to the conclusion that human rights are obviously indivisible, and we should not make distinctions when talking about men and women. This comes from our families and societies. The way we perceive gender roles in society is determined by education.”

”I think it is not correct to separate the problem regarding violence against women from  a broader discussion on gender equality, as inequalities and violence are interconnected, especially when talking about harmful attitudes and social norms, which must be changed. Peace, security and sustainable development are impossible to achieve if a half of population is excluded.” Erik Wirkensjö, First Secretary at the Embassy of Sweden in Chisinau, said. 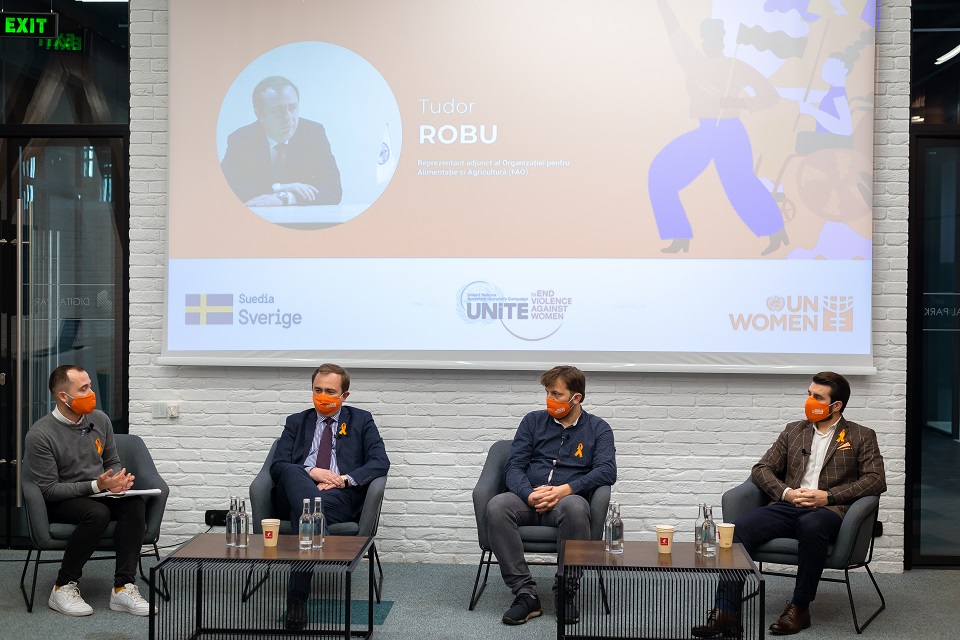 Within the second panel have participated: Tudor Robu, Assistant Representative FAO Moldova; Dumitru Alaiba, MP, the Chair of Parliament’s Commission on Economy, Budget and Finance and Dorin Galben, journalist. The panel was moderated by Anatolii Oprea, Program Officer at UN Women Moldova. The speakers highlighted the important role men and boys play in eliminating gender inequalities. By taking the responsibility, men and boys can fight privileges and toxic masculinity, as well as violent ways these norms manifest themselves in the society. The emergency of this call is determined by the COVID-19 pandemic, which has increased the number of cases of violence against girls and women. Cases of Physical and sexual violence , as well as domestic abuse and femicide, has grown all over the world, exceeding all alarming indicators.

“16 Days of Activism Against Gender-Based Violence” campaign kicks off on November 25th, on International Day for the Elimination of Violence Against Women, and ends on December 10th, on International Human Rights Day. In 2021, the global theme of the campaign is “End violence against women now!”.