Milena Rusu, the founder of Feminismd: any violent action must be eradicated, and this requires a systemic and urgent approach

Milena Rusu is a young student from Chisinau who, together with other gender equality activists, has established Feminsmd. This is a platform dedicated to gender equality, which unites youth interested in creating a community for educating themselves and generating educational activities. Moreover, the 17 years old girl is active in daily life as well. She wants to help as many women and girls as possible to speak up about challenges they face, engaging men and boys in eliminating the phenomenon of violence against women and girls. 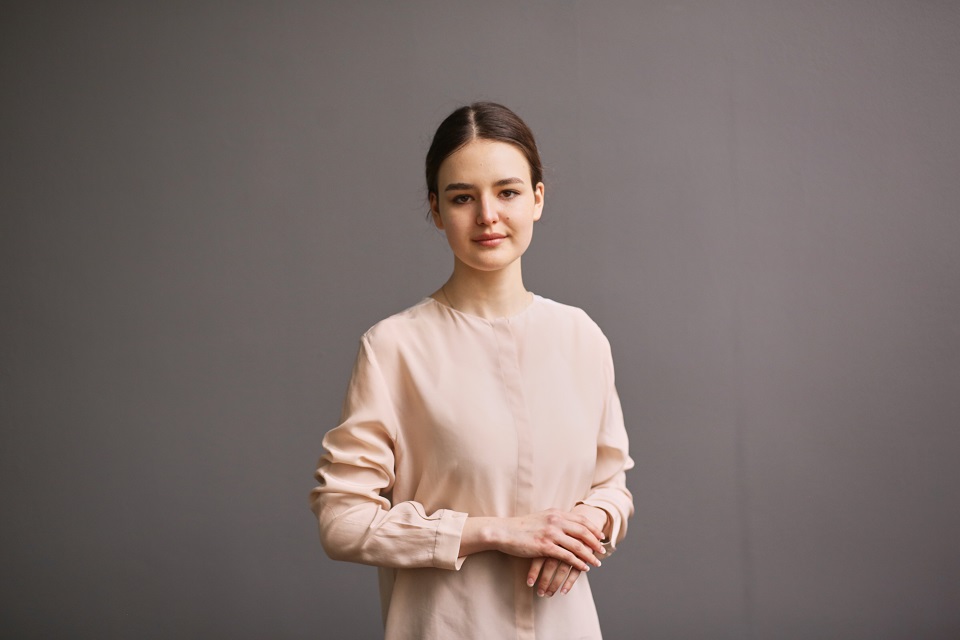 „Activism is a big part of my life. It involves the organisation I have founded, Feminismd, as well as other projects and events organised by our team. The project started in August 2020. Innitially, I intended to create a blog but I received a lot of messages from girls saying that they wanted to join the team, to help promote feminism and gender equality. I launched an application period, expecting to see 10 – 15 interested people, in order to subsequently choose several people to create together content for social media. But I received over 90 applications, and a quite big team has been established”, Milena says.

The team has been subsequently divided into 2 parts, which functioned within 2 volunteer programmes, where young people benefited from trainings, being able to participate in conceptualisation of events promoting gender equality values.

The management of a group of youth and the creation of a platform, where they can express themselves, and help other girls and women speak up, comes from the moral obligation she feels as a member of society. 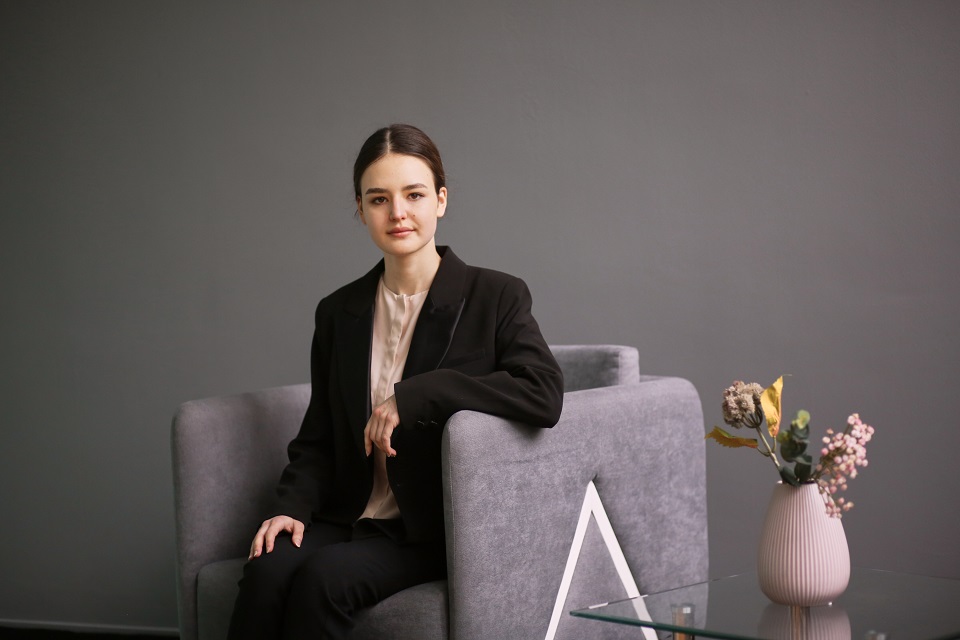 Credit: UN Women/ Stela Donțu
„I don’t think there has to be a concrete reason to decide to help a particular group of people. I see a lot of suffering in my country. There are a lot of problems related to gender equality, and if I see a problem and I know that I can do something to contribute to its solution, I do something to contribute to its solution. I don’t need other reasons. The mere fact that I can help is enough for me to get involved”, Milena said.

When it comes to problem solution in the country, the student says that any violent action must be eradicated, and this requires a systematic and urgent approach.

„I believe anything related to violence must be solved as urgently as possible. The Ratification of Istanbul Convention, which happened recently, is definitely a big step. It is important to have more information. It is important to have solid, precise, concrete resources. It would be relevant especially for youth. I want more and more materials and statistical data to be more accessible, more events and discussions to be organised. I wish it were discussed in schools, not just during optional hours. I wish this information were introduced in the context of particular lessons, such as gender equality lessons. Social challenges in our country and challenges we, women and girls, face, queer people, people with disabilities, roma people, all of these are to be analysed more deeply. The lack of researches on this topics make me think about the necessity of having a more inclusive curriculum, about things which really affect us”, Milena said. 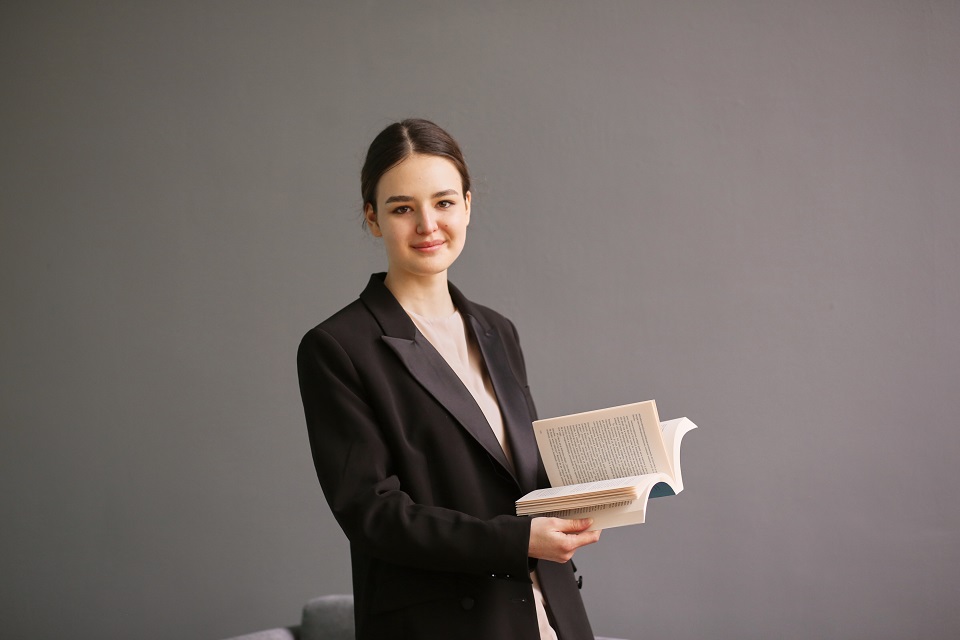 Credit: UN Women/ Stela Donțu
Besides information, it is important to promote civic activism. According to Milena, this can be done by everyone, in any form.

„First of all, one can always do volunteer activities. But the easiest and the most accessible way to promote gender equality is to engage civic activists. They can discuss with their friends, their parrents, people around them, and, if noticing sexist ideas, they may intervene, explaining why is it not ok to promote such values. It is important to speak up, even if it is very hard. From my point of view, such a behavior continues because nobody rezists to such people, and it feels like sexist jokes and stereotypical thinking is funny and normal”, Milena says.

When it comes to boys and men, Milena believes that they all have to be aware of their individual roles. As men and boys, they should promote correct values and inform themselves. This is particularly important because, as Milena noticed, girls are much more active when expressing their willingness to join Feminismd. She believes this happens because girls are those who suffer from violence and gender-based harassment. There is a higher probability that people who have such an experience are more motivated to get involved. She mentions:

„I am not going to say that men are the problem but when looking at the number of perpetrators, men are the majority of those who beat their children and wives. If one does not participate in such actions, it is already an important step. It is critical to stop other boys and men when they do this. When you see that somebody uses derigatory words about a woman or a girl, it is important to intervene, saying that it’s not ok. If you want to do something more, talk to girls around you, ask them about challenges they face, and how can you help them. Men often listen to other men more than a woman or a girl, I noticed this in my school, in different social circles. I think men have a great possibility to make a change but desire and awareness is needed”.

At last, Milena says that she wants to continue her activity at professional level. This comes from her personal experience, as she is an abuse survivor. Her negative experience made her choose a field of study via which she would be able to help other people overcome difficult situations. Thus, she will be able to create a safe space, where gender-based violence or sexual violence survivors receive help they need, without being blamed for actions taken by the perpetrators.

„I would like to apply for a bachelor’s degree in psychology. Psychology helped me a lot to recover after sexual abuse. The sessions with the psychologist, as well as the therapy helped me in this process. But I know that not all specialists are sensitive towards violence. My friends often tell me about victim blaming. There are people who blame minor girls who were harassed. There are questions related to their behavior or clothes. Such barriers prevent victims of violence to recover. That’s why I would like to study psychology or therapy. I would like to study in the USA, taking more courses on Women and Gender. I want to have a career in this field. Something substantial and related to first aid”, Milena mentioned.

This interview has been published within „16 Days of Activism against Gender-Based Violence” campaign, which takes place annually at global level. This year, the campaign aims at promoting a global perception of activism engaging all voices, including young activists, to contribute to the creation of a world free of violence against girls and women.