Alina Andronache: Vlogging for gender equality in the Republic of Moldova

Alina Andronache is a well-known feminist activist and vlogger for gender equality in Moldova who has a popular vlog called “The Vlog of a Feminist Mother”, where she challenges stereotypes related to raising children and motherhood. 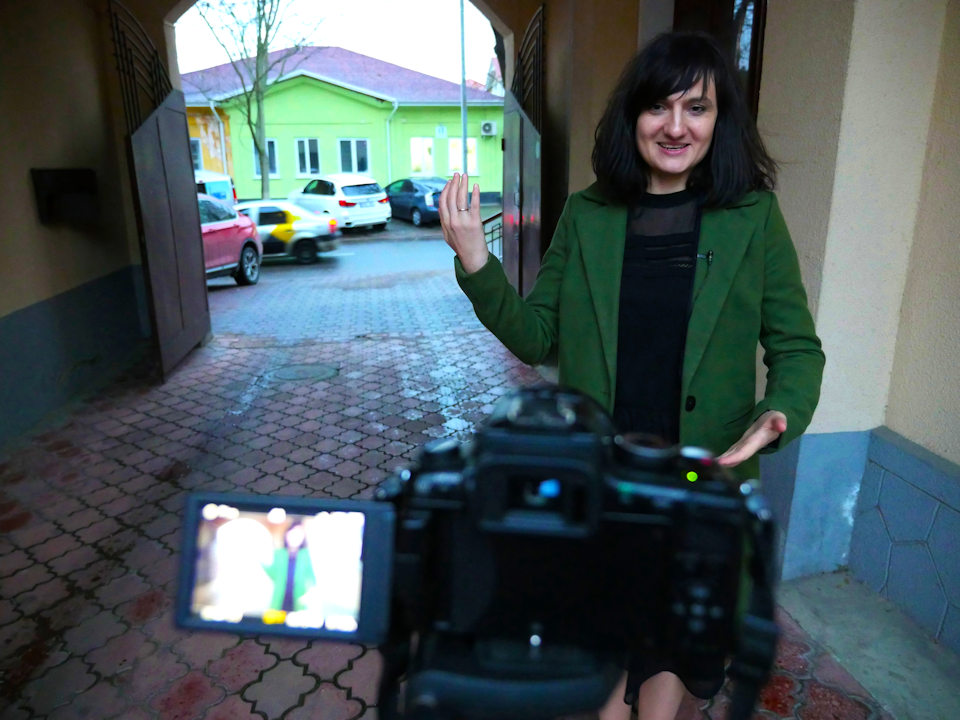 Alina Andronache, an activist and vlogger for gender equality, remembers what started her on the path to a life of activism. Although she was raised in a family where her parents believed in gender equality and gave her the same education as her brother, as Alina grew up she began to understand that society had a different point of view on the matter.

“From a young age I noticed that there were many stereotypes regarding how boys and girls should look and how they should behave,” Alina recollects. “And when I got older – entering university and then becoming a wife and mother of three – the stereotypes became even more pronounced to me.”

Now, at 31 years old, Alina is working to promote women’s rights and gender equality in the Republic of Moldova, and she’s doing it any way she can.

“All of my activism is based on defending women’s rights and promoting gender equality,” Alina explains. “I accomplish this in different ways – through vlogging, through work I do as a communications specialist at a local NGO, through trainings I do for women and by directly helping women on a one-to-one basis to solve their problems. I use every way that I can to promote women’s rights and gender equality in society.”

Alina infuses her beliefs into everything she does. She is diligent about raising her children in a way that promotes gender equality, and she also aims to set an example that as a wife and mother, she doesn’t have to fit into limiting conventions dictated by society. This led her to create the “Vlog of a Feminist Mother”, where she challenges Moldovan society with the stereotypes she has confronted in motherhood.

Vlogging for a cause

“When I published the first “Vlog of a Feminist Mother” post, I wasn’t expecting to receive so much attention – but in two days it received 40,000 views,” Alina remembers incredulously.

The idea of the vlog, and what it means to be a “feminist mother”, really captured the imagination of Moldova’s social media community. This surprised Alina, considering the fact that traditional gender roles are so entrenched in Moldovan society, and not usually questioned by the greater public. 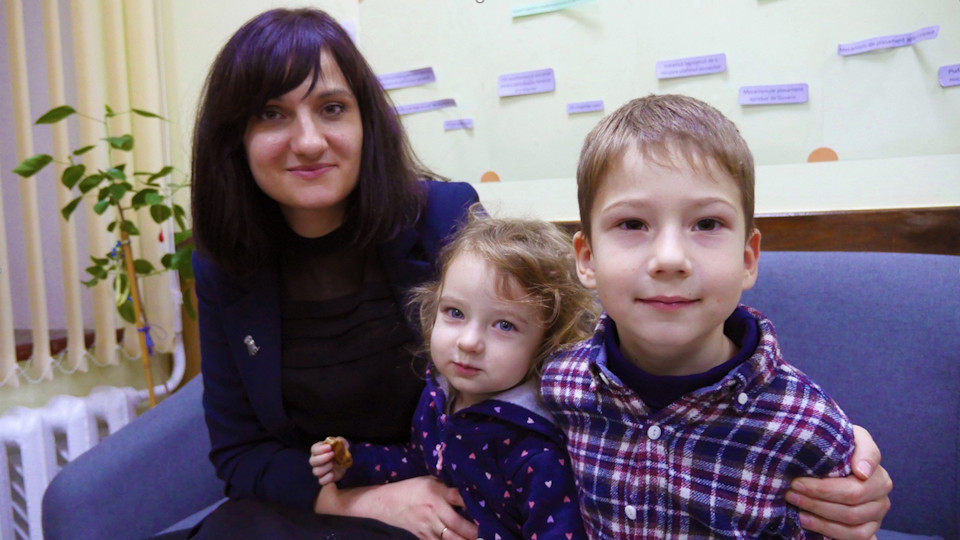 Alina Andronache with two of her children at the office of the Partnership for Development Centre, where she works as a communications specialist. Photo: UN Women/ Tara Milutis

So, to Alina, what does it mean to be a feminist mother?

“Being a feminist mother is about providing your children with an education that is free from stereotypes.” - Alina Andronache

“You are confronted with so many when raising children, but I made a firm commitment to educate and raise my children differently.”

As an example, Alina doesn’t differentiate between toys or colors for boys or girls, “although most of society would approach this differently,” she says. “These are the types of things I bring up for discussion in my vlog.

In the “Vlog of a Feminist Mother”, Alina also wants to challenge the idea that feminists dislike men and are against marriage and having children, or that they are either divorced or don’t have families. “I wanted to prove that a woman can be both a mother and an activist, can raise children and can also work, all at the same time.  And that we don’t have to give up on our ideas just because we are wives and mothers.”

The vlog does receive its share of negative comments, and Alina has been the recipient of online harassment from people who don’t accept her attitudes and beliefs. 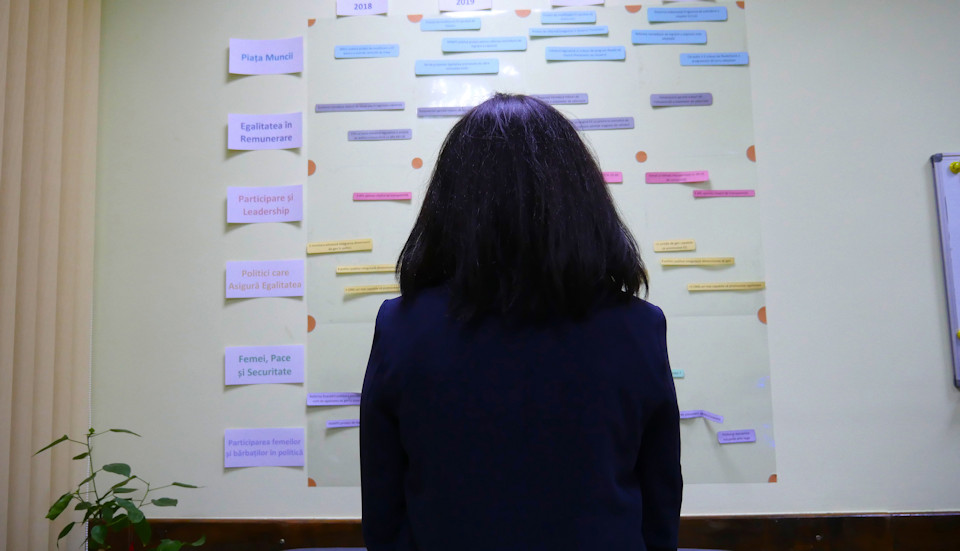 Alina Andronache wears many hats in her activism – working as a communications specialist at the Partnership for Development Centre, and actively vlogging on topics of gender equality and women’s rights. Photo: UN Women/Tara Milutis

This has been exasperated by the fact that her husband is also a vlogger – a theologian who has a popular vlog about religion. This husband-wife combination has ruffled the feathers of some of Moldova’s social media community – who see her husband as a religious figure and can’t understand how he is married to a feminist.  “I discovered that many of the attacks on my vlog posts were by followers of my husband’s vlog, who may become an Orthodox priest in the future. They accuse and blame us for all sorts of things and they perceive our marriage as a contradiction of principles and values.”

But Alina explains that she doesn’t take the negative comments and attacks to heart, and that it’s all part of the gradual process of making change.

In addition to tackling gender inequality in the “Vlog of a Feminist Mother”, Alina also fights against sexism in the media. She advocates for the use of gender denominations in job titles in the news, and is constantly contacting journalists to try and have them use the appropriate female titles. She believes that using female titles in the news is an important aspect to gender equality, especially for public positions that are so hard for women to obtain. 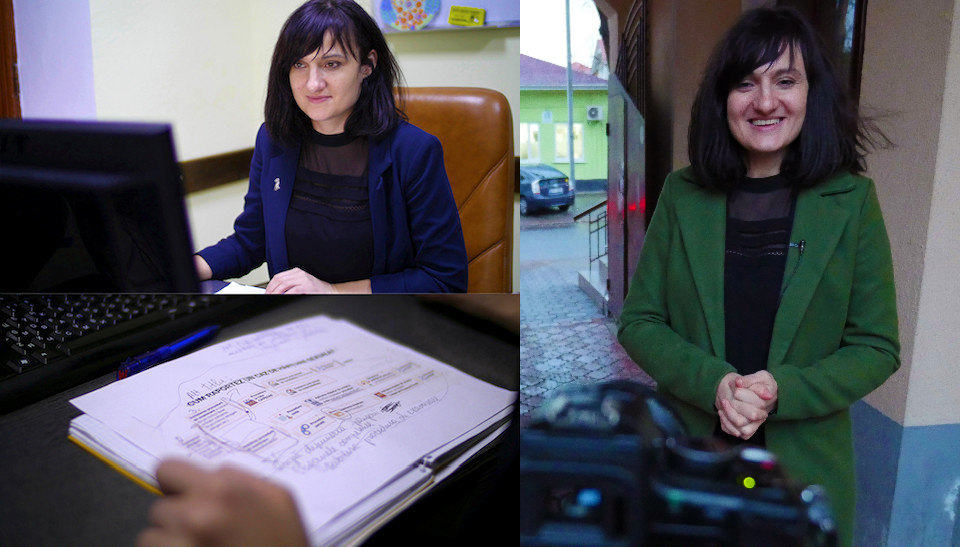 She also campaigns against news headlines that discriminate against women. “Recently there was an article written about two girls who were raped,” Alina recalls, “and instead of writing that, they wrote that ‘two girls who were practicing prostitution were raped’. The article is blaming the girls from the very beginning in the headline.”

Alina’s goals for gender equality are big, but she is grateful for every small result.  “On March 8th of last year – International Women’s Day – some of my friends, who were against the idea of feminism in the beginning, wrote on social media that this day was about women’s rights and not about flowers or gifts. This meant a lot to me.”

“I think that big changes are made by regular people and with small steps each day.” - Alina continues.

What does Alina think needs to collectively happen to ensure that women in her country have equal rights and are able to live to their full potential?  “Moldova needs to break stereotypes and preconceptions related to the role of women within society and within their families,” she explains. 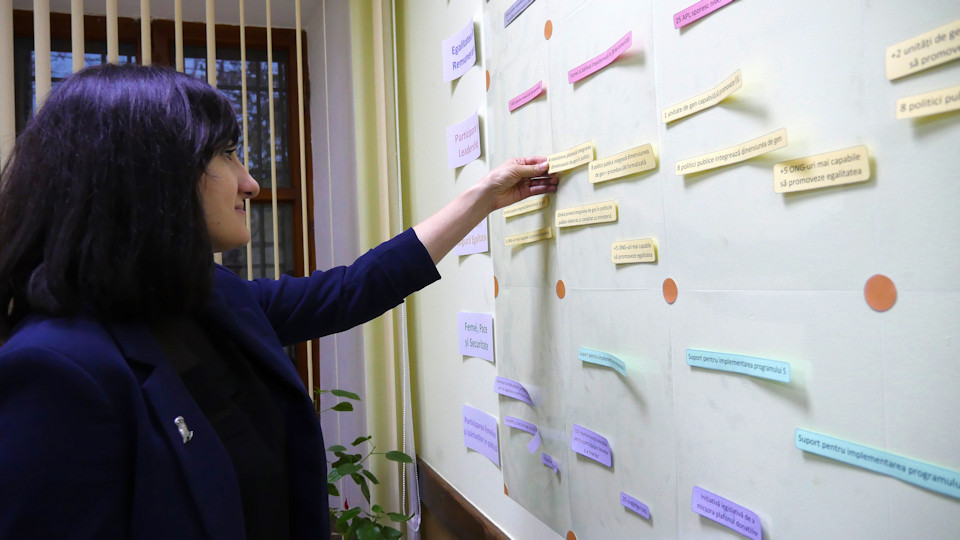 “But it’s really important what you teach your children – and I teach mine that we all live, love and think differently, but we all have equal rights. When people understand this and respect each other, things will change.”