Peterson Magoola: gender issues are not only women’s issues 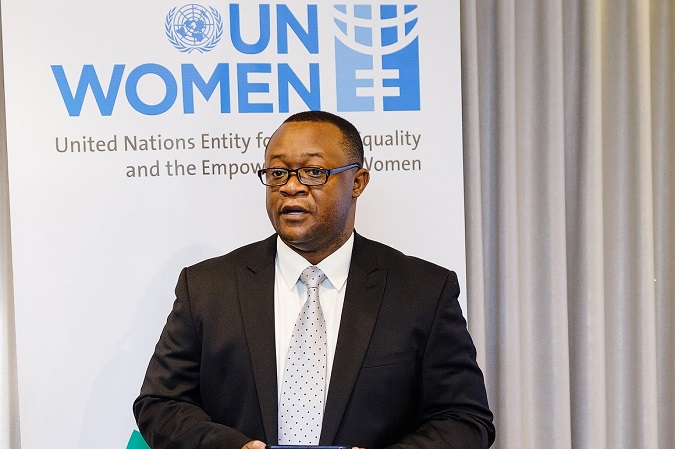 2020 is an important milestone for gender equality. Not just for women and girls, but for everyone who wants to live in a fairer world that leaves no one behind. It’s the year of the Generation Equality, where we are mobilizing to realize women’s rights, and to mark 25 years of implementing the Beijing Platform for Action. Besides, this year also marks a five-year milestone towards achieving the Sustainable Development Goals; the 20th anniversary of UN Security Council resolution 1325 on women, peace and security; the 75th Anniversary of the United Nations and the 10th anniversary of UN Women’s establishment.

All all these international conventions, with support from UN and development partners have contributed to and defined national efforts to protect rights of women and girls. More than ever, civil society has become very vocal and continue to advocate for equal opportunities for women, and protection of women from all forms of vulnerabilities.  National institutions are taking actions to develop and implement policy frameworks for enabling environment, increasing investments in systems to avail essential services for women and girls in areas of education, health, justice and protection from all forms of violence across the world. Over years, we are seeing increased women representatives in national parliaments.

In the Republic of Moldova, progress has been made in a number of areas. Representation of women MPs in the Parliament of the Republic of Moldova increased from 3.7% in the first Parliament 1990-1994, to 25.7% in the last elections in 2019, that shows some progress. Besides this, in 2019 great results were achieved in local elections, where 6 out of 8 women with disabilities and 4 out of 14 Roma women who run in elections, were elected for the positions of local councilors. This is real breakthrough particularly for the underrepresented groups. There are a series of government structures and coordination mechanisms that have been established such as the Government Committee for Equality Between Women and Men aiming to ensure progress and accountability for gender results in the Republic of Moldova. Progress has been achieved as well with regard to review of legal and policy frameworks such as the recent amendments to the Law on Ensuring Equal Opportunities for Women and Men.

Despite these gains, there are areas where we need to accelerate our efforts. For instance, in the Republic of Moldova 7 out of 10 women (63,4%) at least once in their lives experienced one or more types of violence. So, in terms of the essential services, is important to strengthen existent ones and to create new based on the needs of women and girls subject to violence.

Moldovan women remain under-represented in social, political and economic life. There is the only one woman Minister in the Government. Further according to the latest data presented by the National Bureau of Statistics, Moldovan women are spending much more time and efforts dedicated to household and care then men. Women who have children perform 20.4% less economic activities then women without children and 16.4% less than men with children. Moldovan women earn in average 14% less than men in the same positions. The highest inequality rate in salaries (38%) are in financial and insurance activities and information and communications domain (32.5%). Women continue to be subjected to stigma and discrimination. This is the basis of the vulnerabilities women face due to lack of economic opportunities, gender-based violence and under-representation in leadership roles.

Without bringing women and girls at the forefront, and meaningfully engaging them in decision making processes, it is evident that limited progress will be made towards achievement development outcomes, including on the Sustainable Developments Goals. Thus, for us, interventions that address the needs of women and girls remains essential.

I want again to remind the men that gender issues are not only women’s issues, these are issues that concerns us all - women and men, girls and boys, and represent development issues. So, we have to work together and make concert efforts in ensuring that the rights of women and girls are protected and promoted as we chart the path for achieving Sustainable Development Goals.

Happy International Women’s Day! And let us remember that this day is about gender equality and the rights of women and girls. So, let’s celebrate this day as Generation Equality!