Over 100 people joined the campaign "I am Generation Equality: realizing women's rights", during a dialogue session between the young generation and human rights defenders

On March 4, 2020, in Chisinau, ”I am Generation Equality: Inter-generation dialogue” event launched the campaign dedicated to International Women's Day. The event was organized by the United Nations Entity for Gender Equality and Women's Empowerment (UN Women). 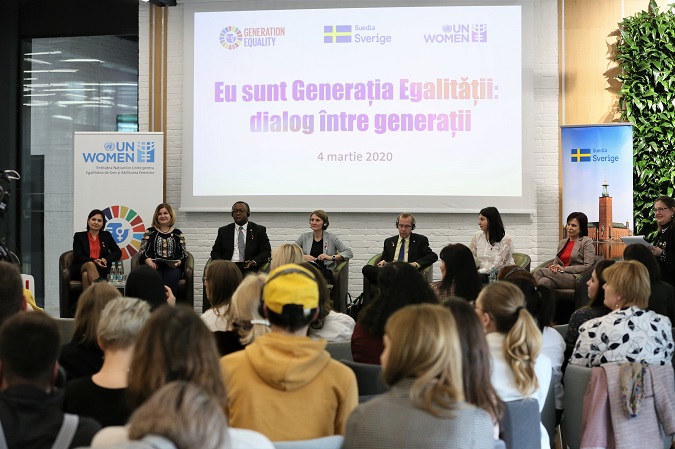 The event brought together young people of different ages, representatives of the civil society and high level representatives of UN Women and UN Moldova, the Swedish Embassy in the Republic of Moldova, the Ministry of Health, Labor and Social Protection, the Ministry of Education, Culture and Research and the Parliament of the Republic of Moldova. Also, activists in the fields of human rights and gender equality were present to hold a dialogue session on the topic of Gender Equality, Women's Rights, implementation of the Beijing Platform for Action and the Agenda 2030.

The theme for International Women’s Day (8th of March) 2020 is, I am Generation Equality: Realizing Women’s Rights. The theme is aligned with UN Women’s new multi-generational campaign, Generation Equality, which marks the 25th anniversary of the Beijing Declaration and Platform for Action. Adopted in 1995 at the Fourth World Conference on Women in Beijing, China, the Beijing Platform for Action is recognized as the most progressive road map for the empowerment of women and girls, everywhere. 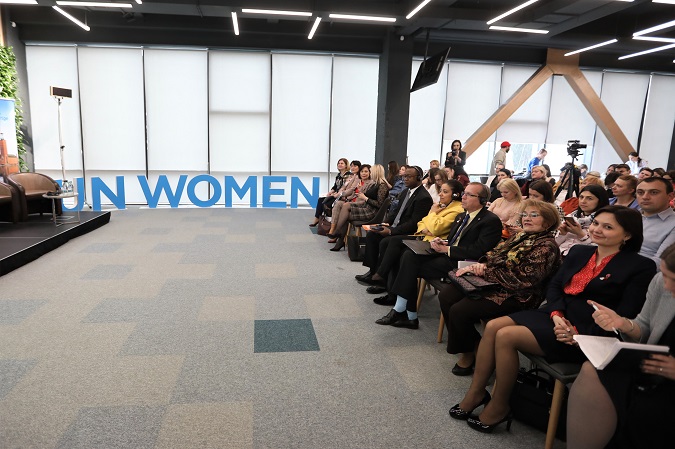 The "I am Generation Equality: Inter-Generation Dialogue" event featured talks on the Beijing Platform for Action and the 2030 Agenda. Representatives of the key institutions responsible for achieving gender equality and women's rights in the Republic of Moldova were invited to the event.

Simon Springhett, UN Resident Coordinator of Moldova, highlighted the importance of inter-generational dialogue: “I think it would be impossible to deny that inter-generational dialogue will bring us positive results. I think we all agree that gender inequality is the greatest injustice of our time and represents the greatest danger to human rights. Do parents have such discussions with their children? For example, do they ask if children think it is right for a father to have a higher salary than their mother's? Or if it is right for them to go to school, invest as much effort and time as their brother, but afterwards to be discriminated in the labor market and have a lower salary? I think now is the time not to try to change women, but to change the system so that women could feel themselves free in this system."

"Gender equality is a cornerstone of the development of our society. Gender equality is necessary in a functioning democracy and we cannot have good governance unless it leads to an equal world, where men and women have the same opportunities. Governments must ensure that both policies making and resource allocation must be based on gender equality. So, the principles of the three “R” must be respected: rights, representation and resources." - these are the steps we should follow to achieve gender equality, suggested by Anna Lyberg, Ambassador of Sweden to the Republic of Moldova. 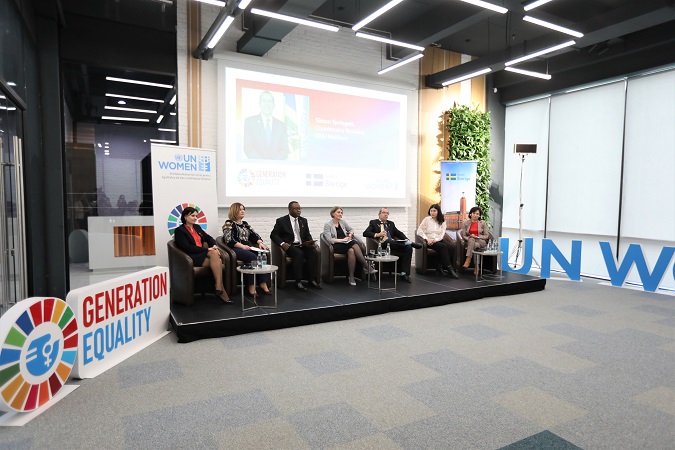 Peterson Magoola, UN Women Moldova Representative a.i., told about the achievements made in 25 years since the Beijing Declaration and Platform for Action (PA) was signed: “In these 25 years, many efforts have been made, progress has been made at the level of policies and ratification of international conventions worldwide, including in the Republic of Moldova. The question is what do we do next? How do we value youth to further promote gender equality and women's rights? 25 years ago, when I was talking about the Beijing Platform for Action, young people did not understand what was being considered. For this reason, UN Women, comes with innovative approaches to investing more resources and technical assistance in promoting women's rights, but also in involving young people in advocacy actions to promote gender equality. Likewise, we will continue to develop and strengthen women's movements. We need such moves that can engage in dialogue with governments and involve young people to address important issues related to women's rights and gender equality. "

Nelea Rusu, State Secretary of the Ministry of Health, Labor and Social Protection said that "gender inequalities existing in the Republic of Moldova negatively affect the lives of women and men. We must cultivate respect for human rights, human value and equal rights for all. Every citizen can do anything, there must be no masculinized or feminized jobs, but there must be equal opportunities for all."

"I understand that in the field of education, which I represent, without a dialogue, collaboration and support from society, things will not progress. It is very easy to repair a road, to build a house, but it is very difficult to change a mentality, and it is still difficult to educate a new generation - a generation of equality. " - mentioned Natalia Grîu, State Secretary, Ministry of Education, Culture and Research. 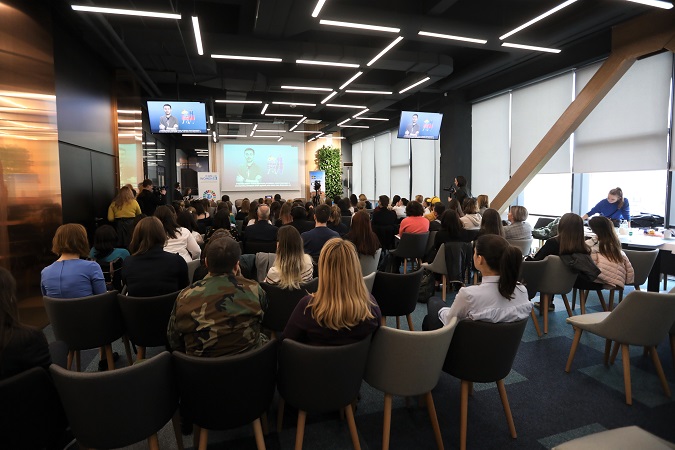 The communication campaign dedicated to the International Women’s Day 2020 targets women and men, especially youth from rural and urban areas, including from under-represented groups. In the campaign are also involved women and men, human rights and women’s rights defenders. Also, the priority is to involve persons participated at the Fourth World Conference on Women in Beijing in 1995 and young people born in 1995.

"The young generation plays a big role. I am glad that today we are discussing a topic that I have experienced as I grew older. My age is the age of the Platform and by birth I was privileged by this movement that assumed a 25-year victory and launched an agenda of long-term change, because it's not just for now, it's a continuous process from generation to generation." - said Ana Indoitu, lawyer and young activist, the president of the INVENTO organization. 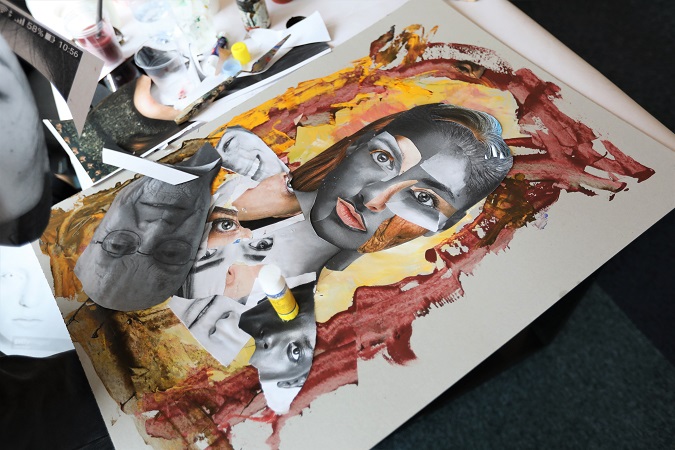 Also, during the event, six students of the Academy of Music, Theater and Fine Arts from Chisinau, represented through a drawing, the way they visualize women's rights and gender equality. During the event, they worked on the drawings, and at the end presented the results.

The event "I am Generation Equality: a dialogue between generations" was organized by the United Nations Entity for Gender Equality and Women's Empowerment (UN Women) and funded by Sweden.

Related News
24/01/2023
Promoting healthy family dynamics in Moldova through education
20/01/2023
Women’s organisations in Moldova receive funding to respond to the humanitarian crisis
27/12/2022
Valentina Buhnă, founder of Flavorya, on being an entrepreneur and the unusual tastes of dried fruits
10/12/2022
Push forward: 10 ways to end violence against women
01/12/2022
Dialogue held on access to justice for women survivors of gender-based violence
END_OF_DOCUMENT_TOKEN_TO_BE_REPLACED