On 25th November in the frames of Conference „Participation and representation of women in the decision-making process on local level” women from different groups that candidated or were elected on the local level met with representatives of local public authorities, political parties, development partners and civil society. 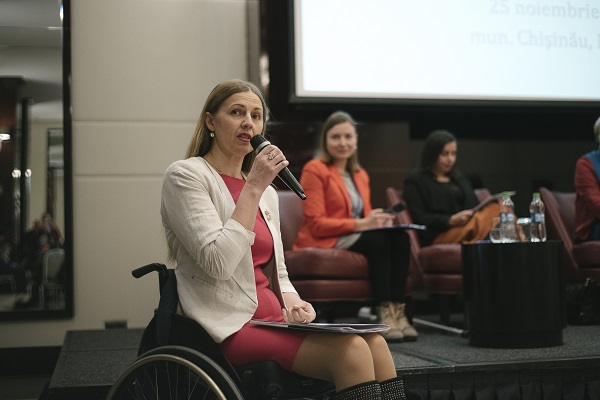 „We had a complex program with diverse activities dedicated to empowerment of women with disabilities and a mentoring program that lasted around three month. In this program participated 46 women from the whole country that represents a very considerable result. Of the total number of participants, 50 percent were elected in the functions of local counselors, which is a very good and unexpected result.” – mentioned Ludmila Iachim, Executive Director of „MOTIVATIE” („MOTIVATION”) of Moldova.

Desiree Jongsma, UN Resident Coordinator ad interim said that „Women engagement is a testament that there is hope and we will not give up until the targets related to Sustainable Development Goal 5, to achieve gender equality and empower all women and girls, are achieved.” 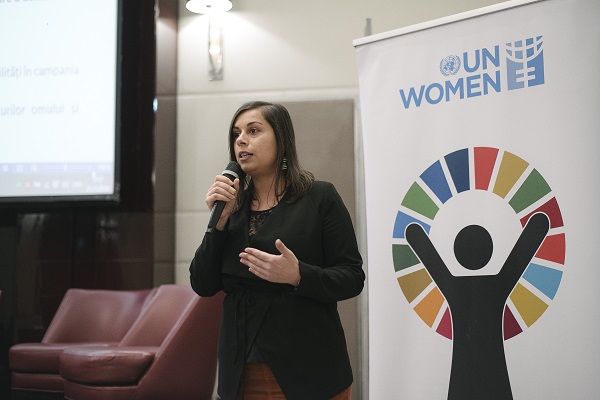 ”Gender roles, family responsibilities and etnical discrimination are limiting chances of Roma women to participate in political life. The political parties hesitated to include Roma women in party lists but at the same invited them to collect signatures and to work for the election campaign.” – specified Natalia Duminica, executive director of the National Roma Center.

Milana Rikanovic, UN Women Country Representative ad interim sent words of encouragement to women attending the event – ”Today is the Internatonal day for the  Elimination of  Violence against Women and the beginning of the campaign ” 16 Days of Activism against Gender-Based Violence”. It is extremely important to join forces in combating violence in the decision-making process, hate speeches and discrimination based on ethnicity and gender which really impedes women's participation in the decision-making processes and in the elections in general.”

"It is really important to do our best to avoid any form of discrimination and promote activities and initiatives to eliminate violence against women and girls. And such conferences and discussion platforms are very important for encouraging each other. " – noted Oxana Paierele, National Program Coordinator, Embassy of Sweden in the Republic of Moldova.

In his speech, Dorin Cimil, the President of the Central Election Commission, mentioned that “For the general local elections, several actions and events in the field of information, training and in the field of accessibility study were organized. Those made a direct link between the Central Election Commission and people with special needs. As a result, several people were informed about the rules for participation in elections, both in the legislative plan and in the training plan at all stages. Also, I want to inform you that in the local elections for this year, the mandatory quota of 40% of the electoral lists was respected and the women were encouraged to participate in the electoral process.”

The conference was a good opportunity for discussions and exchange of experience between Roma women and those with disabilities, who managed to become local counselors. During the event, the participants shared both the results and the challenges obtained in the local elections. 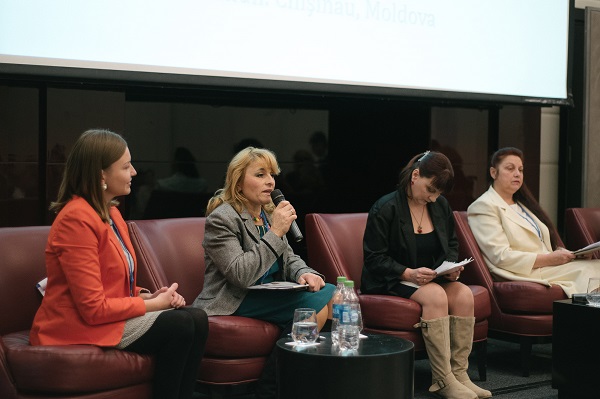 Elena Cernei, local councilor in Găuzeni village, Soldanesti district, said - “I get involved in my community, because my own situation has made me better aware of the problem of other people and come up with concrete solutions for my village. It is encouraging that society is starting to become more open to women with disabilities in management positions. Although we still have work to do in this area, the present situation is much better than in the past."
"I was the first Roma woman from my locality to become a local councilor. It was a difficult road, but with the support of other Roma women I succeeded. Being in the local council, I will be able to put on the public agenda not only the problems of the Roma, but of all citizens.”- mentioned Eugenia Neniță, local councilor in the village of Ochiul Alb, Drochia district. 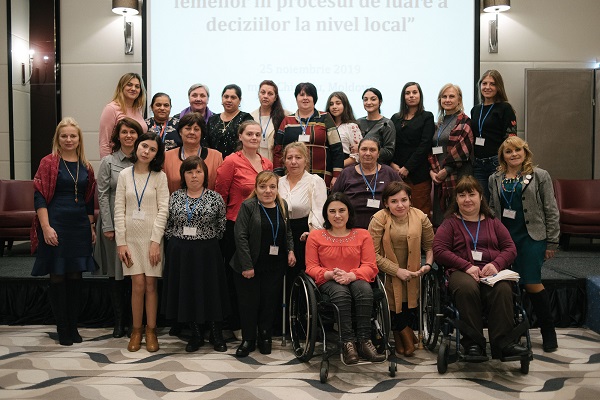 At the end of the event, the participants adopted a resolution on the need to take measures to ensure the fair participation and representation of Roma women and women with disabilities in political life and in decision-making processes at local and national level. The document with claims will be submitted to the representatives of the Government, the Parliament and the political parties.

Related News
01/07/2022
Women from vulnerable groups benefited from support meant to increase their resilience during the multiple crises
27/05/2022
In the words of Tatiana Scutari: "Peacekeeping missions taught me to appreciate peace"
23/05/2022
Ana Afanasova: At iHUB I have a comfortable workplace, as well as lots of valuable communication with my co-workers
20/05/2022
Meet Yaroslav, a young Ukrainian refugee with disabilities who dreams of becoming a DJ
13/05/2022
Over 3850 women from vulnerable groups will receive food and essential supplies
END_OF_DOCUMENT_TOKEN_TO_BE_REPLACED