Every day we have the opportunity to become gender equality champions. Whether we use an inclusive language or we care to respect the needs of every person, regardless of sex, these things help us create a inclusive society, with a place for everyone. 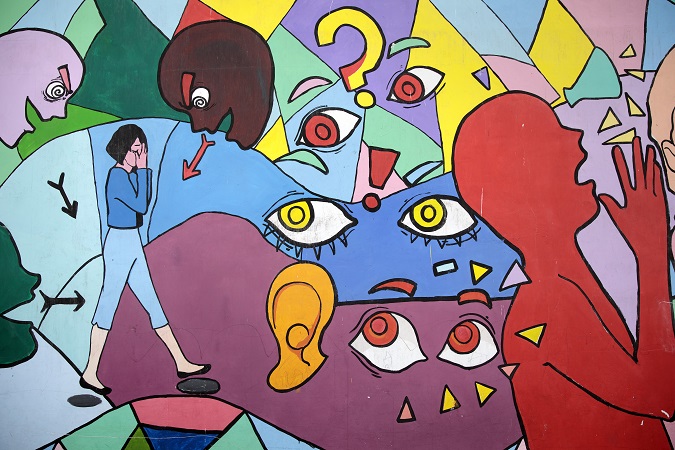 How we interact with others can become a means of promoting inequalities for women and men. Credit: UN Women/Ryan Brown

At the same time, the way we discuss at work, with our loved ones or the assumptions we make about people we do not yet know can become means of promoting inequality. However, we can improve the way we fight stereotypes. Here are 5 ways to eliminate toxic behaviors and promote gender equality:

1. Break the stereotypes. Contest the labels.

According to a study about gender stereotypes that influence children developing their interests, at the age of 6 girls are already less likely to consider themselves less capable than boys, and are less likely to participate in activities labeled as for "very clever" children. In this context, girls can also be discouraged from participating in activities considered masculine, such as sports.

The language we use can spread or break gender stereotypes. When it comes to given titles, using feminized words and phrases can place both genders on an equal level.

In 1948, when the first version of the Universal Declaration of Human Rights was written, the first article almost mentioned "All men are born free and equal," but Hansa Mehta, one of the two women delegated to the UN Commission on Human Rights, fought to include in the Declaration the more inclusive phrase "All human beings are born free and equal". Think about the words that you use and how they can pe adapted for both genders. For more information, you can consult the United Nations guide to gender inclusive language and UN Women's searcheable GenderTerm lexicon.

Gender roles are not fixed in our DNA, but a rather social and historical construct. What it means to be a boy or a girl, a woman or a man, or a transgender person is, in the end, a set of learned skills, inherited perceptions and behaviors.

And it is not just women who can be injured or become prisoners of gender stereotypes. Men also are under enormous pressure to conform and perform roles that restrict them. Like the fact that is shameful for men to fully express their emotions, that they are the ones who must support the family, or the fact that men are aggressive by nature.

These definitions, which are social constructions that tell us what it means to be a man, rooted in a patriarchal culture, create toxic masculinity and gender inequality.

We have the power to give up this culture and redefine what it means to be a man or a woman. So let's fight gender stereotypes, celebrate diversity, and respect each person's right to live in accordance with the emotions they feel, the dreams and the capabilities they have.

Who and what does? Starting from cooking and cleaning, washing dishes, helping children with homework to bringing water, wood for fire, or taking care of the elderly, women have almost twice as many household responsibilities and do more unpaid work than men, which means they have less time to participate in the paid jobs. These unpaid activities make it possible for families and society to function. However, they are often underestimated and almost invisible in the economy.

When you share a home with someone, you must also share your household work equally. Washing dishes, cooking or raising a child does not mean helping your partner, it rather means doing your share of the  responsibilities.

5. Do not accept intolerance

Freedom to be who you are and love who you choose is a fundamental human right. Throughout the world, people of different gender, sexual orientation and gender identity continue to face discrimination, hate speech and acts of violence. When you fight homophobia, transphobia and biphobia you can contribute to a more inclusive and pacifist society. Because diversity is power, not a threat.

Related News
24/01/2023
Promoting healthy family dynamics in Moldova through education
20/01/2023
Women’s organisations in Moldova receive funding to respond to the humanitarian crisis
27/12/2022
Valentina Buhnă, founder of Flavorya, on being an entrepreneur and the unusual tastes of dried fruits
10/12/2022
Push forward: 10 ways to end violence against women
01/12/2022
Dialogue held on access to justice for women survivors of gender-based violence
END_OF_DOCUMENT_TOKEN_TO_BE_REPLACED