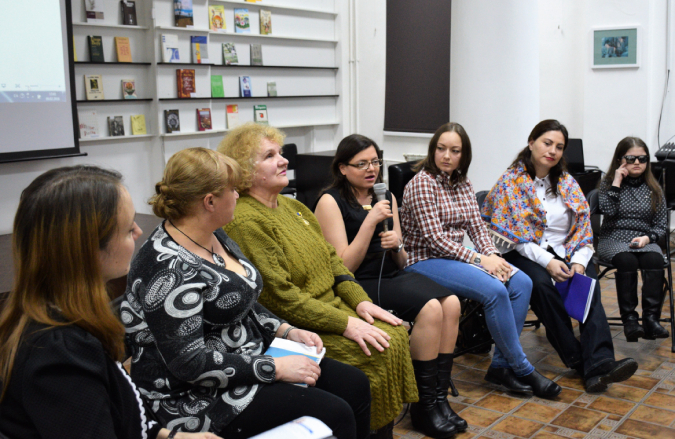 Emma Matreniuc is one of the women featured in the brochure. She works with the local public authorities through “Vivere”, an organisation that she established, in order to make the streets, buildings and public transport in her hometown – Edinet, more accessible. “The work that I do every day taught me to apply the tactic of small steps in creating a barrier-free environment for all the persons with disabilities from Edinet. I know how easy or how difficult it is for them to get integrated in the community; I learned how to maintain a permanent dialogue with the public authorities, partners and civil society”, says Emma Matreniuc. Her message to women is “Be brave and search for solutions, they exist!”. 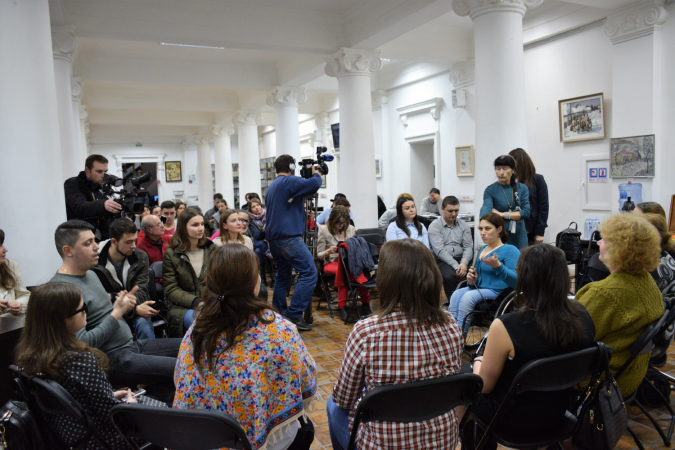 About 60 people participated at a discussion on women's rights in the public library in Chisinau. Photo: UN Women Moldova/Marina Vatav

During the launch event, which took place at the “B.P. Hasdeu” Library in Chisinau, the women featured in the brochure, told their stories and achievements in sports, arts, teaching and other areas, shared how they overcame stereotypes, and how they demanded their rights in different situations: during the employment process, access to education, in overcoming domestic violence, in exercising their rights to accessibility and others. They encouraged the audience to be brave and demand their rights.

“As a woman with disabilities myself, writing this brochure motivated me to fight alongside women to increase the visibility of the potential that we all have, to change perception and fully enjoy the fundamental human rights and freedoms”, said the author of the stories, Mariana Tibulac-Ciobanu, journalist and PhD in history.

Five more events and discussions around these success stories and women’s rights will be organized in villages and towns across Moldova.

“The mission of UN Women is to empower women from all the under-represented groups, including women with disabilities, to recognize and promote their leadership capacities, so that they could fully exercise their rights. In order to create equal conditions and opportunities for all, women from under-represented groups must be included in the decision-making process, because no one knows and claims their rights better than women themselves”, said Elena Ratoi, Program Officer, UN Women Moldova. 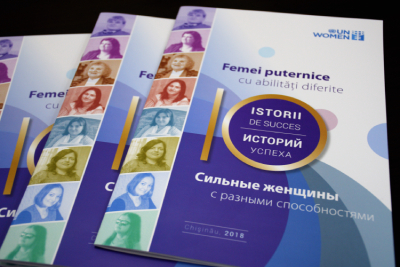 According to the official statistics, there are about 184 thousand persons with disabilities in the Republic of Moldova, 48% of whom are women and girls.

Under the UN programme “Women in Politics”, UN Women supported the participation of women with disabilities in the political and civic life through the “We Have Abilities – We Want Posibilities!” training program, attended by 40 women from different localities of Moldova, including from ATU Gagauzia and from the left bank of the Nistru River. During 4 months (July–November 2017) women enhanced their leadership skills and knowledge about gender equality, advocacy, communication with the community, ways of developing and using legal instruments – petitions, statements, advancing their priorities in the decision-making process at national and local levels, and in other areas.

„Strong Women with Different Abilities” brochure was developed under the UN Women Moldova initiative with the support of the Government of Sweden, and also available online.

Related News
20/01/2023
Women’s organisations in Moldova receive funding to respond to the humanitarian crisis
19/10/2022
Tech Women Summit, the platform dedicated to women of any age who work in IT or want to pursue IT careers
29/09/2022
The local socio-economic inclusion mechanism of women survivors of domestic violence was created, tested and piloted in Cahul and Ungheni
06/04/2022
Svetlana Patras, a referee and trainer: “True football means passion, movement and, of course, team spirit”
30/03/2022
gender sensitive budgets
END_OF_DOCUMENT_TOKEN_TO_BE_REPLACED