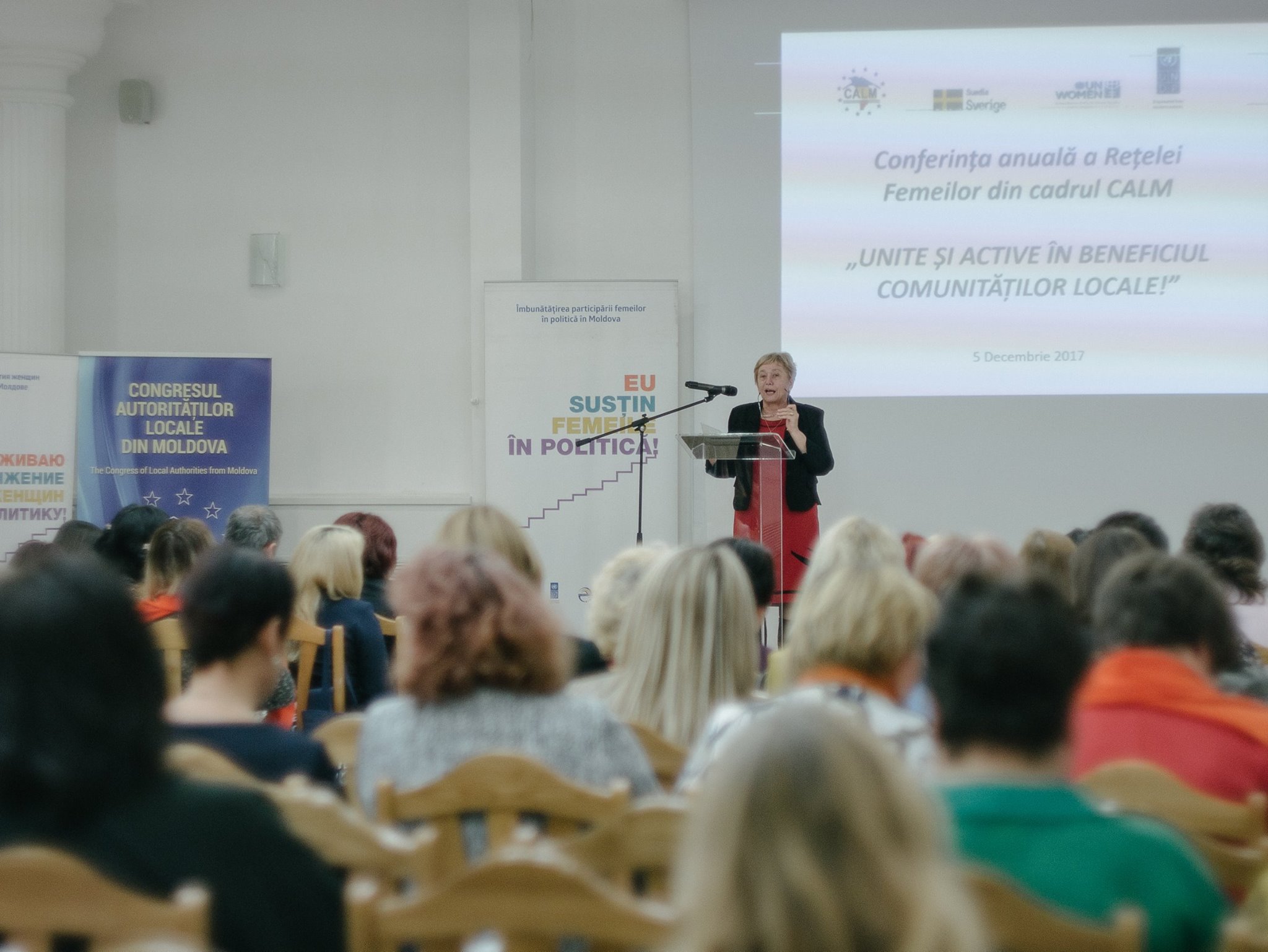 Around 150 women and men mayors from Moldova met at the Annual Conference of Women's Network within the Congress of Local Authorities of Moldova "United and active for the benefit of our communities” to assess at what stage is the dialogue between the central public administration and local one and to review the main achievements and challenges of 2017.

Tatiana Badan, President of the Congress of Local Authorities of Moldova (CALM), said: "2017 was a year full of experiences, dialogues, trainings, but also challenges, which essentially consolidated the Women's Network of CALM.

Today, during the dialogue with the central public administration, we tried to make our voices heard, to demand better working conditions, so that we can do our job effectively. We need unity and solidarity, regardless of our political affiliation, for the common good of our citizens. And we have the mission to solve people's problems. But for this we need an open and permanent dialogue”.

Svetlana Andrieş, Program Manager “Women in Politics”, stated: “To be a woman mayor in Moldova is not easy. Although women are 52 percent of the country's population, the number of women mayors is below the international commitments, assumed by Republic of Moldova. If women want to get into decision-making processes, they have to face the stereotypes and the attitudes of society towards their participation in politics.

That`s why, through the interventions of the UN Programme “Women in Politics”, we want to create new generations of women leaders and to encourage them to actively participate in political life. When women and men participate equally in decision-making processes, we have more prosperous, economically developed communities and a healthy society.”

Valeriu Musteaţă, mayor of Săiţi village, Căușeni district, said: “We, men, must encourage and support women to get into politics. Only when we support each other, we will have a country as we want it to be. And since this event takes place during the campaign “16 days of activism against gender-based violence", the men from Căușeni district joined this cause, because we have to be united against violence."More, Women`s Network issued a statement in solidarity with women and girls from Moldova who have suffered or suffer from violence and committed to "take permanent actions to prevent acts of violence of any kind in the communities they lead".

Women mayors also talked about the financing and access to funds of the local public administration and the relationship with the judicial bodies. At the same time, were presented creative solutions to local issues and were set the Network`s goals for 2018.The conference ended with the adoption of the Declaration of the Annual Conference of the Women's Network of CALM, where women mayors signed to take further concrete steps, so to encourage and facilitate the active participation of women in economic, political and social life.

Related News
19/10/2022
Tech Women Summit, the platform dedicated to women of any age who work in IT or want to pursue IT careers
29/09/2022
The local socio-economic inclusion mechanism of women survivors of domestic violence was created, tested and piloted in Cahul and Ungheni
06/04/2022
Svetlana Patras, a referee and trainer: “True football means passion, movement and, of course, team spirit”
30/03/2022
gender sensitive budgets
27/01/2022
Svetlana Brodetcaia: „Professionalism has nothing to do with gender”
END_OF_DOCUMENT_TOKEN_TO_BE_REPLACED