From where I stand - Maia Taran 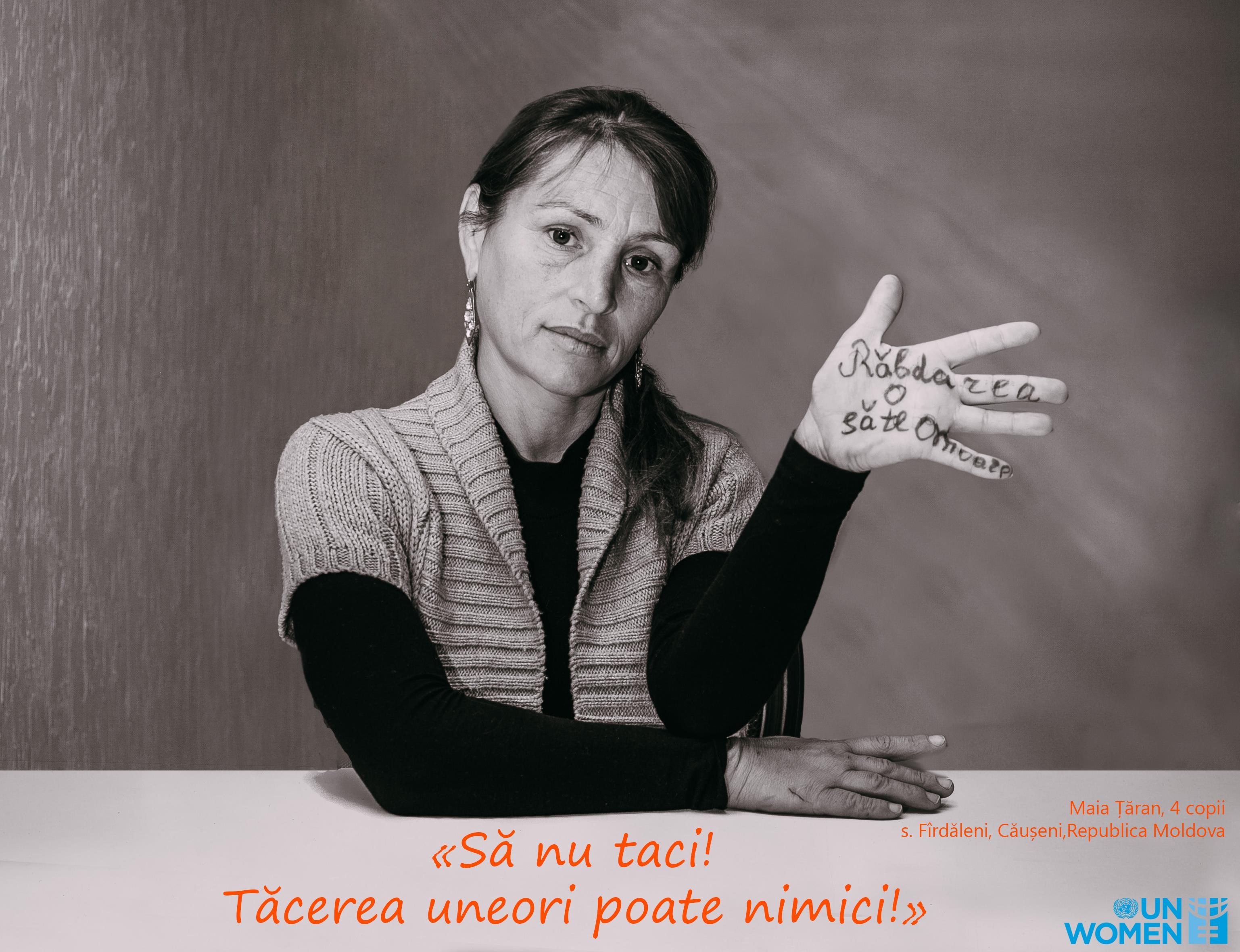 Just seeing how he opened the door and threw his boots up in the air, I knew how the rest of the night was going to be like.

I hated everyone; I trusted no one. I tried to kill myself three times. My daughter Ana, who was in the third grade asked me, ‘do you think that we are going to be better off if you die?’ For 10 years I lived like that. My parents knew about the abuse, but said all women in Moldova face this.

‘What will you do alone, with four children,’ they asked.One day, as my husband was trying to throw hot oil on me, a nurse who used to visit me, walked in. She took me to the women’s shelter the next day. At the shelter, my children and I were finally safe. There was an entire team of professionals who understood what I had gone through, and other survivors.

They helped restore my belief in the right to live, defend myself and my children. I got psychological support, I learned about the laws that can protect me, how to manage my own money and become financially independent. I applied for a divorce and got it after one year.

Now I am a “positive champion” in my community and I encourage other women who are in abusive relationships to speak out and seek help. I am happy and safe, my children are smiling again. I want become a policewoman and help other women facing domestic violence. I may not have been able to give a life free of violence to my children. But my grandchildren will have a different kind of life, full of love and peace.”

With 6 out of 10 women having experienced intimate partner violence, most Moldovans perceive violence against women as an unresolvable issue. Maia Țaran, 38, lives in Firladeni, a village in the south of Moldova. After receiving support from the women’s shelter in Causeni, she became a “positive champion” and is now helping other women survivors to speak out and seek help.UN Women Moldova and its partners are supporting survivors like Maia Țaran, along with 28 others, to empower almost 600 women in their own communities.

In just two months since the initiative, women’s shelters saw a surge in new requests for help. The experience of the positive champions is now at the forefront of a new awareness raising campaign and also providing the basis for Moldova’s first National Strategy to Prevent and Combat Domestic Violence and Violence against Women. Ms. Taran’s story is linked to Sustainable Development Goal 5 on gender equality and its target on ending all forms of violence against women and girls.

Related News
05/08/2022
The catalogue of Moldovan women producers has been launched: "Buy Local, Natural, Sustainable products"
01/07/2022
Women from vulnerable groups benefited from support meant to increase their resilience during the multiple crises
27/05/2022
In the words of Tatiana Scutari: "Peacekeeping missions taught me to appreciate peace"
23/05/2022
Ana Afanasova: At iHUB I have a comfortable workplace, as well as lots of valuable communication with my co-workers
20/05/2022
Meet Yaroslav, a young Ukrainian refugee with disabilities who dreams of becoming a DJ
END_OF_DOCUMENT_TOKEN_TO_BE_REPLACED